Computer-implemented inventions at the UKIPO: a case review

As discussed in our Patentability of Software and Business Method Inventions in Europe information sheet, many difficulties can arise whilst trying to obtain patent protection for software and/or business method inventions at the EPO and UKIPO, since these types of inventions are generally considered to be “excluded” from patentability as inherently “non-technical”. As a result, a significant body of case law has arisen which helps to further define what types of software and/or business method inventions might be deemed “technical” enough to meet the threshold for patentability.

Below, we discuss patent application GB2508562 filed by Hitachi, Ltd. The application faced a series of “excluded-subject matter” objections which were ultimately overcome following a hearing attended by two Mewburn Ellis attorneys. By looking at the UKIPO’s reasoning on this case, we can gain a useful insight into one interpretation that might be taken in favour of the patentability of computer-implemented inventions at the UKIPO.

Hitachi’s patent application was concerned with a method of managing a construction field. The method is, at least in part, implemented on a computer.

The method uses a measurement device (e.g. a laser scanner) to acquire real-time 3D shape data of a construction site. This real data is then compared to a model of the intended construction, in order to find “non-design data” which relates to elements (e.g. tools or scaffolding) that are currently present on the site but are not part of the intended construction. A “degree of congestion” is then calculated for a given element and, if the degree of congestion is too high, a warning is displayed to a user. In this manner, the user is notified of localised congestion on the construction site. The user can then react by moving the element to a different location or by changing a schedule for an activity involving the element.

Although the UKIPO examiner acknowledged the advantages of this invention, she was initially reluctant to grant a patent for it because she believed the invention was excluded from patentability as both a computer program and a business method. Despite several rounds of written arguments, the examiner maintained the objections, ultimately leading two of our attorneys (John Addiss and Daniel Brodsky) to attend a hearing at the UKIPO so as to reach a conclusion on the matter.

The decision from the hearing was a positive one, with the Hearing Officer finding that the invention met the threshold for patentability in respect of both the “business method” and “computer program” exclusions.

The Hearing Officer’s rationale for overcoming the business method objection was that:

The Hearing Officer’s rationale for overcoming the computer program exclusion was particularly interesting to us. When turning to this objection, the Hearing Officer drew an analogy with a previous decision by the Patents Court ([2011] EWHC 2720 (Pat); [2012] R.P.C. 13). This decision is favourable and, since it was issued by the Patents Court, acts as binding precedent that must also be followed on other similar cases at the UKIPO.

The Patents Court’s decision was concerned with patent application GB2442151, filed by Protecting Kids the World Over Ltd (“PKTWO”). In summary, the application disclosed an invention to protect children from accessing inappropriate content online, by providing a computer program that monitors electronic communications on a child’s computer and then transmits an alarm notification (e.g. by e-mail or SMS) to a parent’s device if inappropriate language is detected.

Although PKTWO’s invention was implemented by computer software, the Patents Court decided that it overcame the “computer program” exclusion. In particular, the Court discussed that the processing carried out in the computer was more rapid and reliable than the prior art. Consequently, they considered the generated notification to also be more rapid and reliable (see paragraphs 6 and 32 of the PKTWO decision). This improved notification was considered to solve a technical problem lying outside of the computer, thereby providing a “technical” contribution which went beyond the computer program exclusion (see paragraph 35 of the PKTWO decision).

In the Hitachi case at issue, the analogy with PKTWO is immediately apparent due to the provision of the warning notification regarding congestion on the construction site. The Hearing Officer responsible for the Hitachi case explained that:

“It is arguable that the present application meets the threshold for patentability set down by Floyd J. in PKTWO merely by the generation of a warning display based on evaluated criteria. However, the present application exceeds this threshold by including actions that are effected as a result of the generation of the warning display and therefore I am in no doubt that the present invention is technical in nature. As a consequence, the invention does not fall solely within excluded subject-matter.” (Paragraph 19; emphasis added.)

What can we learn from this?

The Hearing Officer’s decision in this Hitachi case helpfully provides an example of an invention which was considered analogous to that of the PKTWO decision. Beyond this, it is also notable that the Hearing Officer seemed to consider “actions that are effected as a result” of a warning (e.g. by moving elements around a construction site, or changing a schedule of a construction activity) to also be technical and to exceed the threshold given in PKTWO.

Since the Hitachi decision was issued at a UKIPO hearing, rather than by the Patents Court, it does not form binding precedent – other patent examiners may disagree and are not required to follow the same reasoning. However, the UKIPO should strive to apply the law uniformly, so decisions such as this one may still help to define the boundary for what types of features might be considered “technical” at the UKIPO. Furthermore, as mentioned above, the PKTWO decision is a binding precedent and must be followed on future similar cases at the UKIPO. We are therefore interested to see how the UKIPO will interpret and apply the PKTWO decision in future. 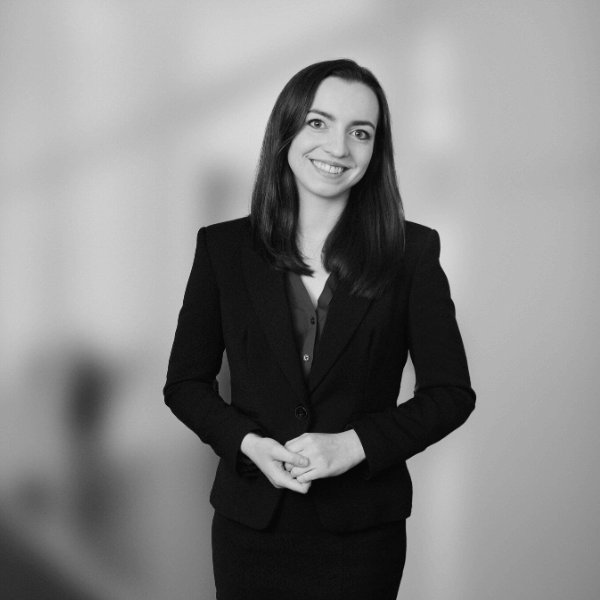 Juliana is an Associate working in our engineering team. She has experience in prosecuting GB and EP patent applications, and collaborating with attorneys in other jurisdictions to help prosecute overseas patent applications. Juliana holds a first class MPhys degree in Physics from the University of Manchester. For her Master’s project, Juliana developed a dual wavelength capillaroscope, which is a new medical imaging device. This research led to a pilot medical trial and is expected to assist with the study of diseases such as Systemic Sclerosis.
Email: juliana.murray@mewburn.com
Comments