The marine industry is large and complex, and covers many areas from commercial shipping to leisure. This fast paced and innovative sector is increasing its focus on green technologies -  combining science, engineering and innovation to provide sustainable solutions that conserve the natural environment and minimise the negative impact on our valuable and vulnerable oceans.

Shipping is vital to the world’s economy. It is a critical part of international import and export markets, and underpins the global distribution of goods.

Shipping is arguably the least environmentally damaging form of commercial transport, when considering the volume of cargo transported vs. the energy used, but we are a long way away from the future ideal of a cleaner sector and 'green ships'. Shipping relies on the oceans which have been shown to be particularly vulnerable, and currently burns some of the most polluting fuels. Concerns about climate change must be met with a real reduction of greenhouse gas emissions, and other pollutants, from the shipping sector. The industry must prepare for a new future and develop more economic and cleaner ships. Technology and innovation provide the route to a cleaner and more sustainable marine industry.

And Ocean Engineering has a crucial role to play in developing technical solutions to preserve and restore our ocean systems, and to provide clean, renewable offshore energy. This not only includes developments in wave and tidal power generation, but also advanced research equipment such as Autonomous Underwater Vehicles (AUVs) to monitor the condition of our oceans, and clean-up technology.

Many areas of innovation

Marine & Ocean Engineering encompasses many different fields of application and involves underlying technologies that are equally diverse. Some areas in which we predict particularly active innovation include:

The ocean covers more than 70% of the Earth’s surface, yet humanity has barely begun to explore it and there are many more secrets to uncover. Subsea exploration is often associated with the energy industry, and this is likely to continue as growth sectors such as offshore wind power and subsea energy technologies develop. Along with these more industrial applications, subsea exploration can help build a better picture of our world and our impact on it. As well as helping to sustain our life on land, robotic subsea exploration technologies such as remotely operated vehicles (ROVs) and autonomous underwater vehicles (AUVs) can provide knowledge to conserve and protect the Earth’s largest ecosystem.

This is an area of particularly rapid development at present, driven by the need to find cleaner ways to power both large and small ships and boats. Electric ships might still be a distant prospect due to the cargo weights and distances involved, but development of electric propulsion systems for smaller vessels on predictable routes is proceeding at pace, together with the supporting onshore infrastructure required. Fuel cells are thought to offer a viable medium-term solution to the clean propulsion problem. And wind power is beginning to make a comeback in commercial shipping by supplementing internal combustion power, with the development of more efficient rotor sails using the Magnus effect, solid sails combining wind and solar power, and even kite systems. But an efficient ship requires more than just an efficient propulsive force; it also requires reduced hull resistance, which is where we see the development of ideas such as hull air lubrication systems playing a key role in reducing energy consumption.

1.85 billion tonnes of goods are shipped around the world on cargo ships each year. The knock-on effects of this, whether direct (such as contamination of ecosystems with ballast water containing non-native marine life), or indirect (including a proportion of those transported goods ultimately ending up as ocean plastic), place a substantial strain on marine life and biodiversity. However, where there is a problem, innovation follows. Ballast free ship designs are gaining traction in a bid to simultaneously reduce the transfer of marine life between ecosystems and reduce cargo ships’ energy consumption through innovative hull designs using through-channels to stabilise ships rather than transporting tanks full of sea water.

Concerns over plastic pollution are leading to significant investment in reducing the quantity of plastic in everyday products, but are also driving a number of groups seeking to rid the oceans of the pollutants we’ve already released into the ocean. The world’s oceans and the life in them are critical to regulating the earth’s weather and climate, meaning every step to cleaner and healthier oceans, no matter how big or small, counts. Innovation is driving these steps.

With the ocean covering the majority of the Earth’s surface, it presents enormous potential for energy production. It has been estimated that ocean energy has the potential to provide more than double the current global demand for electricity. A wide array of technologies seek to exploit that potential. Significant growth is expected in offshore wind over the next decade. Part of that growth is likely to come from floating wind farms, which can be installed in deep waters where winds are typically higher. Elsewhere, promising developments are being made in technologies that utilise the energy of the ocean itself. Wave energy converters, for example, generate electricity from the constant movement of ocean waves. Another example is tidal generators which generate electricity in response to the movement of the ocean as it rises and falls with the tides.

We also see significant developments in the leisure marine space. Once the reserve of multi-million-pound America’s Cup boats, dynamically adjusting hydrofoils are now seeing a wave of popularity within the leisure marine sector. Marine engineers have recognised that the promise of these foils extends far beyond simply increasing boat speed, with foils also able to improve stability and steering characteristics. We have also seen small human powered leisure craft enjoying a huge increase in popularity over recent years, and this too is driving innovation with the development of advanced structures for inflatables that can provide high rigidity without compromising on packing volume and weight. Such innovations will allow water sports enthusiasts to travel further, faster and in greater comfort when out on the water. 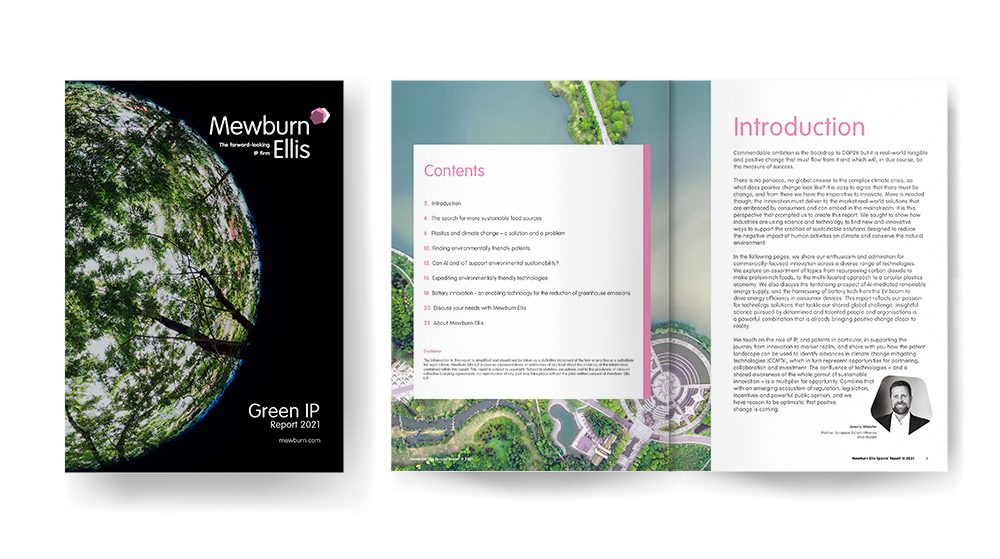 Patents are both a driver and a barometer of innovation

Our report examines the role of patents in making innovative ‘green’ technologies into a reality as well as how the patent landscape can be used to identify opportunities for partnering, collaboration and investment.

We share our enthusiasm and admiration for commercially-focused innovation across a diverse range of technologies, from repurposing carbon dioxide to make protein-rich foods, to the multi-faceted approach to a circular plastics economy. We also discuss the tantalising prospect of AI-mediated renewable energy supply, and the harnessing of battery tech from the EV boom to drive energy efficiency in consumer devices. This report reflects our passion for technology solutions that tackle our shared global challenge.

Sustainable Thinking: a focus on the ocean

Meet one of our marine specialists: Simon Parry 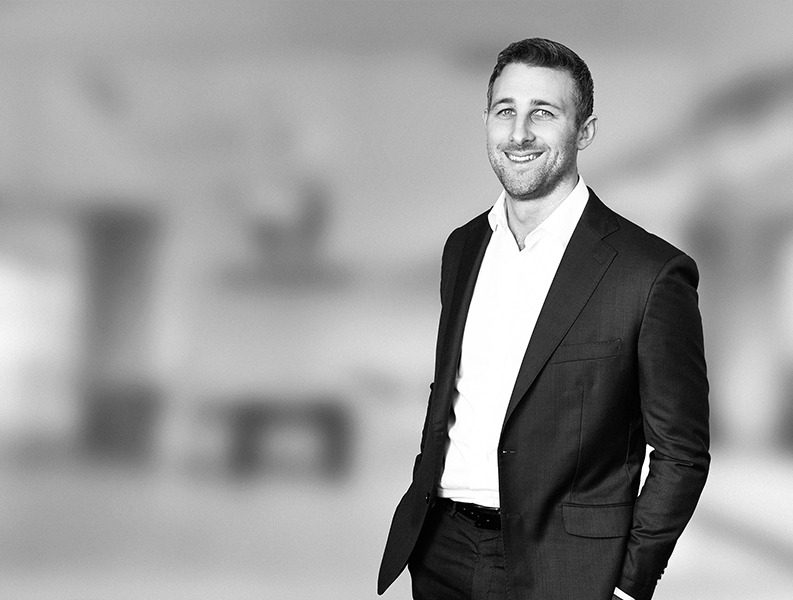 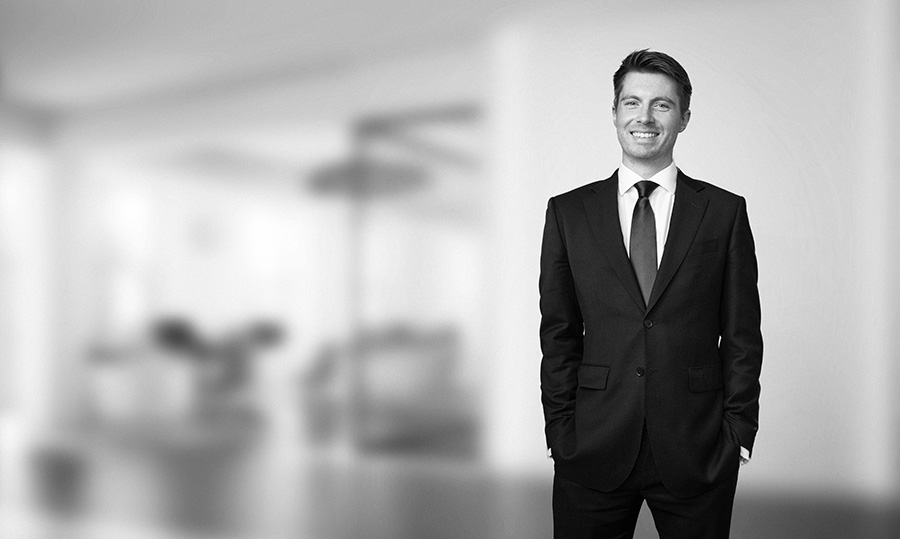 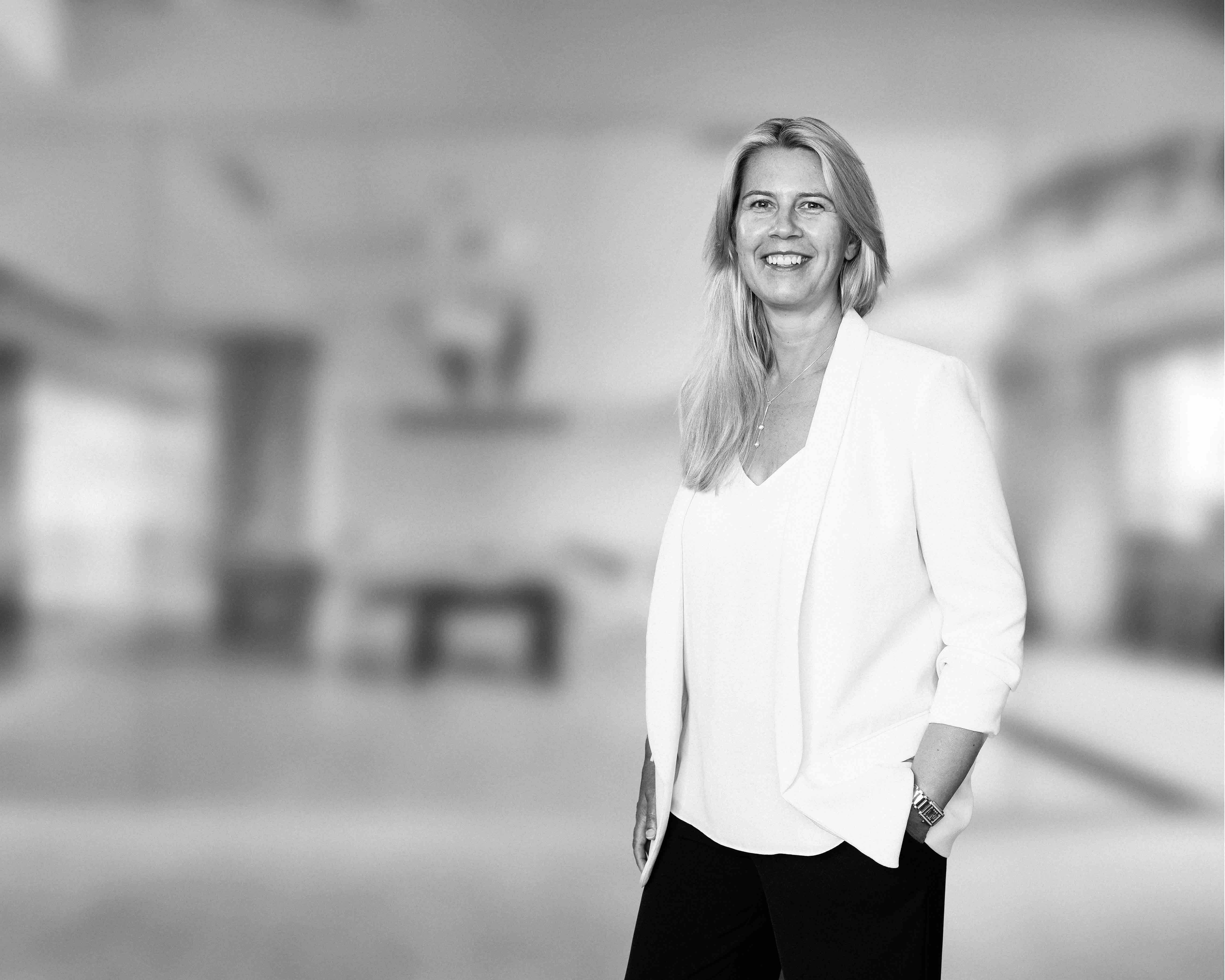 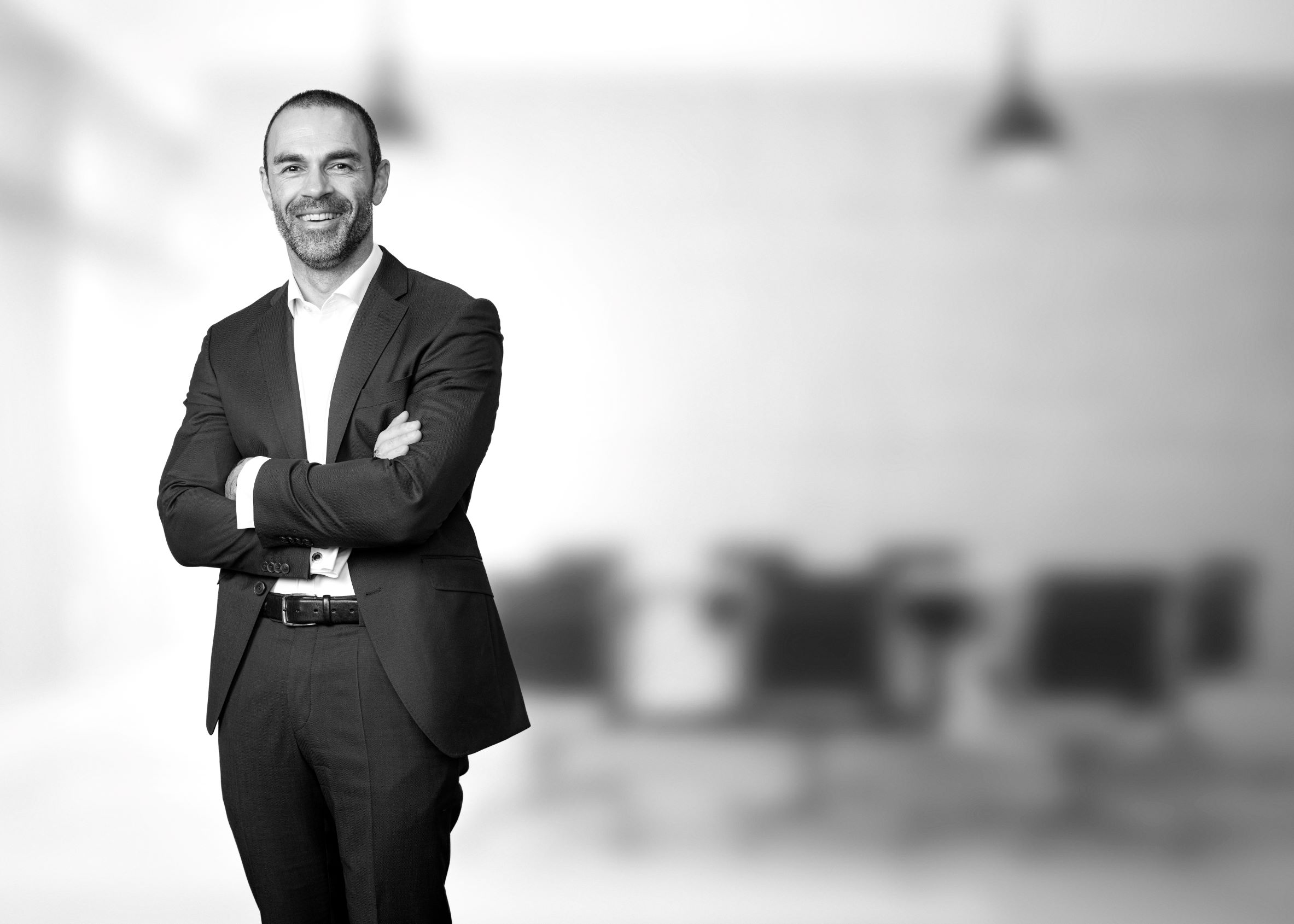 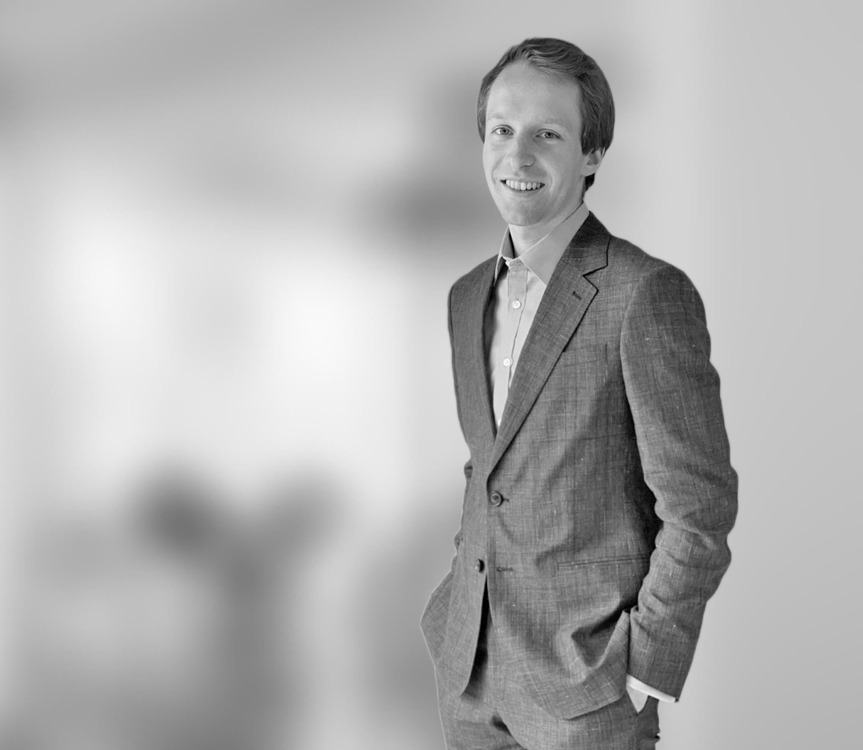