Cannabis: on to greener pastures?

Callum McGuinn, explores the history of social attitudes towards cannabis and asks what the future may hold for the development and use of medicines derived from the substance.

The Cannabis genus of plants have been grown by humans for their physical and pharmacological properties since Neolithic times. Indigenous to Asia, cannabis was cultivated across the continent by ancient civilisations and its use as an herbal medicine dates back to at least around 500 BC. The plant made its way over time to Europe, Africa and eventually the Americas. In Britain, the cannabis (hemp) plant has been cultivated since at least the 10th century AD, primarily for use in ropes, fishing nets and canvas due to its strong, natural fibres. So keen was the need for cannabis to provide sails for British Navy ships that Henry VIII mandated landowners to grow allotments of hemp, and Elizabeth I later imposed a penalty of £5 (equivalent to around £1,200 today) on those with more than 60 acres of land who failed to meet the quotas.

Nowadays, cannabis is of course most famous for the psychoactive effect induced by the lipid tetrahydrocannabinol (THC) produced naturally by the plant. When ingested by humans, THC acts as a partial agonist for the CBI receptor in the brain, leading to the common psychological effects sought by recreational users. THC is only one of hundreds of naturally occurring cannabinoids in the cannabis plant; another is cannabidiol (CBD) which is present in relatively high concentration but lacks the psychoactive effects of THC.

Western medicine became interested in cannabis in the 19th century, when William Brooke O'Shaughnessy studied the medical benefits of the plant while working for the British East India Company in Bengal. His research, which indicated the effectiveness of cannabis in treating rheumatic pain, convulsions and muscular spasticity, led to the adoption of cannabis as a commonly used remedy for various ailments.

Although cannabis enjoyed such widespread acceptance and use in many applications for centuries, the tide of public opinion began to turn against it in the 19th century, leading to the current worldwide legal restrictions. In the UK, cannabis is currently a Class B drug, illegal for recreational use with severe penalties for unlicensed dealing or production. The path to UK prohibition was gradual. Although the drug became banned in many British colonies during the 19th century, it wasn't until 1928 in mainland Britain that cannabis was criminalised, being added to the Dangerous Drugs Act 1920. For decades, cannabis use was a minor issue, until the 1960s when the changing global youth and drug culture caused concerns around cannabis to resurface. In 1960, 235 people were arrested in the UK for cannabis-related offences. By 1970, this figure had jumped to almost 5,000 annually, rising again to over 11,000 annually by 1973.

International law followed suit. In the Single Convention on Narcotic Drugs (1961), cannabis was internationally prohibited as a Schedule I substance (very addictive with potential for abuse), and a Schedule IV substance (any therapeutic benefit limited or non existent). In the Convention on Psychotropic Substances agreed 10 years later, cannabis was denoted "a substance for which control is recommended because it may be abused and pose a particularly severe risk for public health and because its therapeutic value is very limited or inexistent." Later, in 1988, various activities including the production, supply, sale, and import of any narcotic drug or psychotropic substance were classified as criminal offences by the UN Convention against Illicit Traffic in Narcotic Drugs and Psychotropic Substances. All of this severely stifled genuine efforts to research the medical benefits of cannabinoids.

However, the last 10 years has witnessed a sea change in attitudes and legal frameworks. Consumption and sale of cannabis for recreational use is only fully legal in two countries: Uruguay and Canada. But laws are being relaxed worldwide around the medicinal use of cannabis-derived products, so much so that on 24 January 2019, the Director General of WHO wrote to the UN recommending that cannabis and associated substances be rescheduled at an international level, in particular noting that products containing predominantly CBD and not more than 0.2% Delta-9-THC should be excluded from international control because of the lack of evidence of any risk to public health.

In the UK, the prescription of cannabis-derived products was rescheduled in November 2018. However, the types of products that may be prescribed were restricted, ostensibly to reduce the risk of abuse, which has created some uncertainty among players within the medical cannabis sector and has led to concerns that patients are not benefiting from the law change.

The German Federal Government have gone further, and passed a bill in 2017 to legalise the importation and domestic production and distribution of cannabis for medicinal purposes. The Federal Institute for Drugs and Medical Devices then granted contracts for the growth, subsequent sale and delivery of cannabis to two manufacturers in the face of stiff competition.

Activity in the pharmaceutical industry seems to be tentatively following the same trend. Based on the clinicaltrials.gov website, the number of trials initiated involving cannabis derived medicaments has increased significantly over the last five years, with 2019 already looking to be a bumper year. The trials span an array of conditions, including pain, epilepsy, multiple sclerosis, cerebral palsy, bipolar affective disorder, schizophrenia, Parkinson's disease, irritable bowel syndrome, and a wide range of cancers.

However, the complex regulatory issues have resulted in reticence on the part of big pharma. To date, only one cannabis based drug is licensed for use in the UK - Nabiximols, developed by the UK based GW Pharmaceuticals and marketed by Bayer as Sativex, contains THC and CBD and is approved for the treatment of symptoms of multiple sclerosis. Epidiolex, another GW Pharmaceuticals product containing purified CBD for use in the treatment of rare forms of childhood-onset epilepsy, has been approved by the US FDA but is still undergoing the approval process in the UK. But investors and innovators are waking up to the opportunities offered by this budding sector in Europe. Hanway Associates, a medicinal cannabis consultancy based in London, organise well attended networking events in London, Paris and Amsterdam which bring together a wide range of players, and the successful Cannabis Europa conference held in London and Paris.

There is clear scope for R&D into the medicinal use of cannabis, given the stifling of research over the last century. The cannabis plant produces hundreds of phytocannabinoids, many of which could harbour as-yet undiscovered therapeutic benefits. The development of new synthetic chemical entities, based around the cannabinoid core chemical structure, in theory presents endless research opportunities. This is not to mention the plethora of medical indications against which CBD itself could be effective, and the possibility of developing further research into new innovative uses of the compound.

To gain a foothold in any nascent pharmaceutical sector, a strong intellectual property portfolio is crucial, and the medicinal cannabis space is no exception. GW Pharmaceuticals, for instance, has filed patent applications directed to a wide range of cannabinoid applications, including the treatment of epilepsy, brain tumours, mental disorders, inflammatory skin diseases, intestinal inflammation, degenerative skeletal muscle diseases, neuropathic pain, fatty liver disease, nausea and even snoring. The broad scope for innovation in this field goes hand in hand with an opportunity to obtain patent protection for the resulting inventions which can provide an invaluable negotiating tool and attract the investment needed to drive important research forward. Patents can be used to protect not only the use of known or novel cannabinoids to treat specific diseases, but also novel combination therapies, extraction and synthesis processes, dosage regimens, administration routes and synthetic compositions and chemical entities. Intellectual property is not only valuable to the pharmaceutical sector, but will also benefit businesses operating in related industries, such as the CBD 'wellness' space, where gaining an edge over competitors could be decisive in driving sales. In particular, strong trademark protection in this area will help deter would-be infringers with their eyes on exciting brands, and patents can protect novel CBD formulations, industrial processes including extraction and purification, uses of CBD compositions and more.

The medicinal cannabis regulatory framework in many countries around the globe is at a tipping point; awareness of the potential for cannabis-derived products in medicine is blossoming, but residual social and political stigma still prevents widespread acceptance. Mankind has been growing cannabis for tens of thousands of years, but we are yet to discover its full potential - it's about time the "evil weed" received a much-needed rebrand.

This article was originally published in PharmaFocus. Read the original article here (pg. 16). 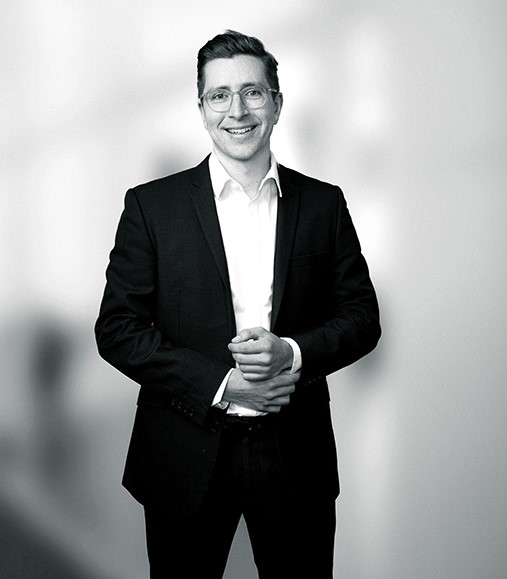