The sequencing of the first human genome in 2003 was a major breakthrough in genomics. While this first genome took 13 years to complete and cost over £2 billion, rapid advances in sequencing technologies since then mean the same process now takes a few days and costs less than £1000.

Alongside next generation sequencing of whole genomes, techniques such as “whole exome sequencing” and microarrays, further increase the accessibility of genetic testing by providing quick and cost-effective data. Whole exome sequencing targets only the protein coding region of the genome (around 1% of the total genome), while microarrays are able to probe for sets of specific variations found in the DNA.

For researchers a further challenge comes in the analysis of the collected genetic data. Each individual genome will contain several million variations and it must be determined which of these are harmless and which are linked to disease. Advances in computing and bioinformatics are providing many solutions in this area, allowing specific genes and variants to be mapped to diseases.

The combination of these developments is allowing genetic testing, and the information harvested, to be used in a variety of settings.

Genomic data is increasingly being used in the effort to discover new drugs and several pharmaceutical companies are partnered with genetic databases such as the UK Biobank and FinnGen. It is hoped that such collaborations will enable the identification of the most promising drug targets, thus reducing the failure rate in the development process.

The direct-to-consumer genetic testing company 23andme is also using its valuable genetic database in the field of drug discovery and have recently developed a compound in house for the first time. The drug is designed to target a family of proteins known as IL-36 cytokine and will treat inflammatory diseases such as psoriasis. Following successful testing in animals, it has been licenced to the pharmaceutical company Almirall.

Advancements in genetic testing have also had an impact on the viability of personalised medicine, from predictive and diagnostic testing, through to targeted treatment and pharmacogenetics.

Predictive testing is used to detect gene mutations which increase a person’s risk of developing a disorder, for example, the BRCA1 gene which is linked to an increased risk of breast cancer. Knowledge of the presence of a mutation can inform decisions as to future screening schedules and preventative measures.

In the diagnostics field the 100,000 Genomes Project sequencing the genomes of patients with inherited rare disease and successfully provided a diagnosis for the first time in a quarter of cases.

In oncology, larger numbers of therapies involved targeted drugs. Comparison of the tumour genome compared to the genome of healthy cells enables the identification of mutations which drive the tumours. This facilitates the development of drugs able to target the result of those mutations. Genetic testing then plays a role in determining if a patient will benefit from a particular targeted therapy. One example is the breast cancer drug Herceptin, which is targeted to cancer cells containing high amounts of HER2.

Pharmacogenetics looks at how a patient’s genetic make-up influences their response to drugs. Here, genetic testing can be used to tailor which medicine and dosage should be given to achieve the greatest benefit and avoid adverse drug reactions.

With direct-to-consumer genetic tests becoming more popular and governments looking to collect and utilise genetic data in clinical and research settings, it appears the amount of genetic data at our disposal will rapidly increase. As more information is extracted from this rich resource, genetic testing will only become more useful, and looks to play a prevalent role in many aspects of medicine and healthcare in the years to come.

Attorneys at Mewburn Ellis have been at the forefront of creating innovative solutions in intellectual property that enables the advances in bioinformatics and personalised medicine that have come of age today in the fields of microarrays, microfluidics, next generation and whole genome sequencing, and identifying biomarkers and disease susceptibility genes. 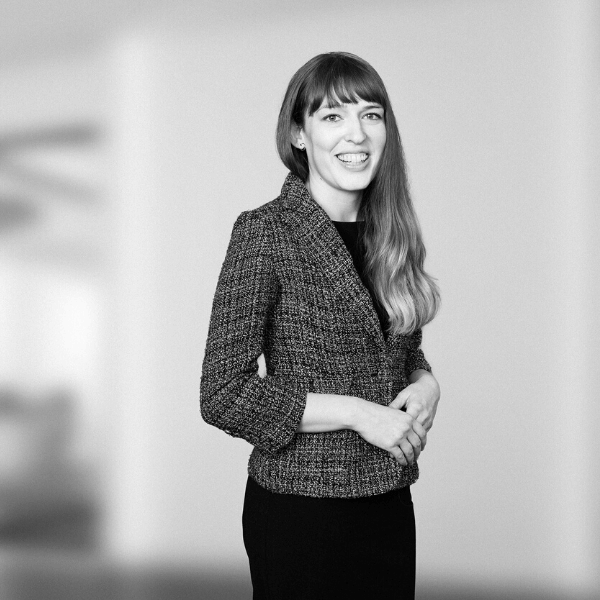 Katherine is trainee patent attorney in our life sciences team. She joined Mewburn Ellis LLP in 2018. She has an undergraduate BSc degree in Biochemistry from the University of Bristol, and a PhD in Structural and Molecular Biology from University College London. Both her doctoral, and subsequent post-doctoral research at King’s College London, focused on the structural characterisation of protein-RNA and protein-protein interactions involved in gene regulation.
Email: katherine.collins@mewburn.com
Comments