Can a functionally defined patent claim ‘protect’ my medicinal product?

From a patent perspective this may seem like a strange question with an obvious answer; “of course”.  But in the world of Supplementary Protection Certificates (SPCs) the answer is not so straightforward.

The much anticipated Royalty Pharma C‑650/17 CJEU decision of 30 April 2020 (EU:C:2020:327 – notably not yet available in English) now provides a further attempt at an answer to this question: in principle yes, but not if the product itself was invented after the patent was originally filed.

In the world of European SPCs, we often consider which patent to use as the basis for the SPC.  One of the primary considerations being does the patent ‘protect’ the product?  This is a requirement set out in Article 3(a) of ‘SPC Regulation’ (Regulation (E/C) No 469/2009) that is more complicated than it first appears and has been the subject of numerous CJEU decisions each trying to provide clarity on the matter and, to date, each opening up further questions for discussion.

The particular aspect considered in the latest CJEU decision was whether a product that was only defined functionally in the claims is ‘protected’ in line with the Article 3(a) of SPC Regulation.

Back in December 2013, the CJEU confirmed that a functional definition “does not, in principle, preclude an active ingredient … being regarded as protected by the patent, on condition that it is possible to reach the conclusion on the basis of those claims, interpreted inter alia in the light of the description of the invention, … that the claims relate, implicitly but necessarily and specifically, to the active ingredient in question” (Eli Lilly and Company, C‑493/12, EU:C:2013:835, paragraph 39; emphasis added).

This test was again referred to by the CJEU in their Teva Judgement of 25 July 2018, where the ‘necessarily and specifically’ requirement was expanded on:

“For that purpose, that product must, from the point of view of a person skilled in the art and in the light of the description and drawings of the basic patent, necessarily fall under the invention covered by that patent. The person skilled in the art must be able identify that product specifically in the light of all the information disclosed by that patent, on the basis of the prior art at the filing date or priority date of the patent concerned.” (Teva UK et al., C‑121/17, EU:C:2018:585, paragraph 52; emphasis added)

The present CJEU case arises from a referral from the German Bundespatentgericht after the DPMA (the German patent and trade mark office) refused to grant an SPC for Sitagliptin based on the patent DE(EP)1084705.  This patent had a medicinal use claim directed to a functionally defined product, namely an inhibitor of enzyme dipeptidyl peptidase IV (DP IV), for use in alleviating diabetes mellitus.  While Sitagliptin is in fact a DP-IV inhibitor, it was developed after the filing date of that patent, was not explicitly mentioned in the patent and was the subject of a separate patent application.

Despite the 2018 Teva decision expanding on the ‘necessarily and specifically test’, the German Bundespatentgericht wanted additional elucidation on the interpretation of Article 3(a) as it related to functionally defined products, particularly on whether the concept of the ‘core inventive advance’ of the patent was relevant to the assessment of whether a product was ‘protected’ by a claim.  In this new decision the CJEU confirms the analysis used in the Teva case but explicitly states that the “core inventive advance” test is irrelevant and comments that the protection of an SPC should be limited to the technical characteristics of the invention as claimed in the patent.

In answer to a question referred by the Bundespatentgericht, the CJEU also now comments on the situation where the product was developed after the filing date of the basic patent, stating that even if a product is covered by a functional definition in the claims it is not protected (at least in the sense of Article 3(a) Regulation (E/C) No 469/2009) by the patent if it was developed after the filing date of the patent as a result of an independent inventive step.  This puts in place a direct block to companies developing new inventive products and then “mining” their patent portfolio for functional patent claims that may serendipitously cover the characteristics of the new product.

It seems the CJEU want Article 3(a) to be interpreted in line with claims in the context of the disclosure in the patent as a whole and the prior art at the time of filing, and to avoid any assessment of the inventive contribution of the patent in the assessment of what is ‘protected’ by the patent, at least in the case of functional definitions.

For now the ‘implicitly but necessarily and specifically’ test from the Eli Lilly and Teva cases remains with us for deciding if a patent ‘protects’ a functionally defined product.  However this new case provides at least a small amount of welcome clarity that puts a stop to the idea that was gaining popularity in some patent offices, that the SPC product must be part of the “core inventive advance” of the basic patent. 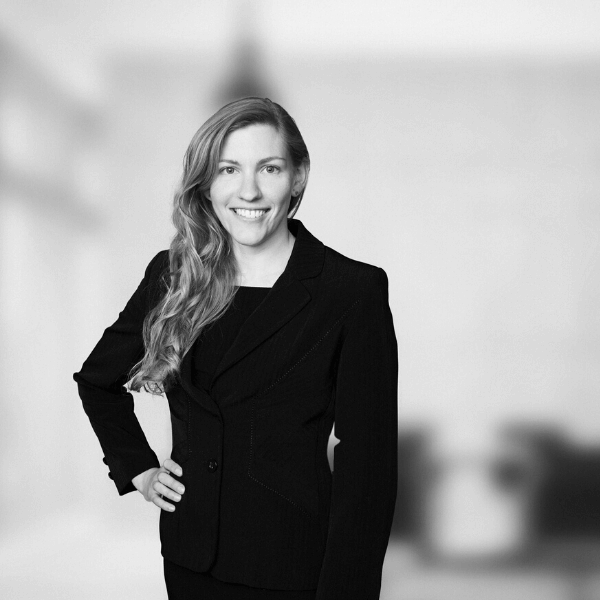 Rhiannon is a member of our life sciences patent team, working predominantly in the biotechnology, protein engineering, antibody technology and diagnostics sectors. She has experience in prosecuting applications in the UK, at the EPO and in global portfolios. She also works on offensive and defensive oppositions, and appeals before the EPO. Much of Rhiannon’s work is focussed on the prosecution, defence and opposition of patents at the EPO, particularly in the fields of antibody technology and protein engineering, in therapeutic and non-therapeutic fields, and in diagnostics. This work includes cases relating to therapeutics, from early leads to those on the market, and to further developments of marketed therapeutics.
Email: rhiannon.wescott@mewburn.com
Comments