Compostable packaging – let’s break it down

Before Covid-19, I often used to buy my lunch in one of those “compostable” cardboard soup containers from the café down the road. After finishing, assuaged of any guilt associated with single use containers, I quite happily popped the used container in the bin and didn’t give it any further thought. However, whilst the concept of “compostable” seems conceptually simple, the reality is far less straightforward.

The terms “compostable” and “biodegradable” are often used interchangeably and in the minds of most people suggest that complete breakdown will occur simply by leaving the item to degrade for a couple of weeks.  However, achieving this degree of breakdown without negatively impacting performance is no mean feat. No doubt, my café likes doing their bit for the environment, but is unlikely to be best pleased if their packaging starts to degrade before they’ve even used it. In view of this, existing packaging solutions necessarily represent a compromise between the packaging’s performance during its useful life against its ability to break down after use.

Taking my cardboard soup container as an example, whilst the majority of the container is made from biodegradable cardboard, the packaging includes a plastic lining to give the container resistance to grease and hot liquids, which is necessary to avoid liquids seeping through these containers. This plastic lining leads to increased breakdown times with “standard issue” disposable coffee cups having decomposition times of over 30 years. The alternative without the plastic lining would not be commercially viable, as is evident from the complaints about “soggy” cardboard straws in the aftermath of the UK government’s (now delayed) ban on the use of single use plastic straws.

Things can become even more complex with other types of packaging, such as coffee pods, where the packaging must safely store the coffee for long periods and yet be able to withstand perforation, high pressure and exposure to water at high temperature, as set out in our recent blog post “Coffee capsules: greener grounds”.

With increasing focus on what happens to plastic at the end of its lifetime, there is a desire to develop new plastics which push beyond these existing compromises, to give truly biodegradable materials that match traditional materials in terms of performance.

“Biodegradable” versus “compostable” – what’s in a name?

The words “compostable” and “biodegradable” have been treated with a great deal of flexibility and optimism by manufacturers, making this field confusing for consumers. In fact, in a recent UK government consultation, it was noted that despite the “clear desire [from consumers] for improved management of plastics at the end of their useful life” consumers were often confused by the terminology.

The term “biodegradable” is a very broad definition that refers to a plastic or polymer which given the right conditions and the presence of microorganisms will eventually break down into its basic components (e.g. water, carbon dioxide, biomass). However, this term does not specify a rate of biodegradation, meaning that (in theory at least) any plastic could be categorized as biodegradable over a long enough time frame.

The term “compostable” is essentially a more precise version of “biodegradable” (at least in Europe). European standard EN 13432 has been developed for composability, and requires materials to (amongst other things) have no more than 10% of material fragments larger than 2 mm after 12 months of composting and within a maximum of 6 months at least 90% of the carbon in the material must have been converted to carbon dioxide. However, these values refer to the breakdown of materials in carefully controlled industrial composting facilities, where the plastic is shredded and then composted at elevated temperatures whilst being agitated. In other situations, lacking suitable enzymes to boost degradation, the materials cannot biodegrade efficiently. This can mean that if compostable products end up in landfill they can be around for a long time before biodegrading.

The difficulties created by this issue means that companies must tread carefully when marketing their products based on their ability to biodegrade. For example, in a recent decision a Danish court said that a company marketing its product as “fully biodegradable” was misleading, since full biodegaradation could only be obtained in an industrial composting facility. This led the judge to specify that terms such as “100% compostable” could only be used in marketing if it was clear that this level of performance was only the case when composted in an industrial composting plant.

Therefore, existing solutions still generally require consumers and society as a whole to think carefully about where their compostable plastic will end up, and care must be taken about claims made when marketing biodegradable and compostable products.

Where are we now?

A range of biodegradable plastics are currently available, and are finding increasing use in commercial settings.

These materials all share a common theme – they have bonds that are easily hydrolysed – that is, bonds that are broken down by water. In the case of PBAT, PBS and PLA, these correspond to ester linkages, which can be attacked easily by microbial enzymes which have evolved to target naturally occurring versions of these linkages. In order to be biodegradable these materials must also be flexible enough for the enzyme to be able to attack the polymer and allow water to enter the material, which can represent a significant challenge, as discussed in our recent blog “A Taste For Waste – Plastic Recycling With Enzymes”. These materials also tend to be more expensive than traditional non-biodegradable plastics, such as polyethylene.

Challenges and areas of development

Looking to the future, innovators are seeking to develop materials that better balance the ability to biodegrade easily in the natural environment, while possessing the required mechanical, chemical and thermal properties to perform their duties. Whilst consumers are increasingly willing to pay a premium for eco-friendly products, there is also a desire to reduce the cost of biodegradable plastics to the levels of conventional plastic materials, and also to find renewable building blocks that can be used to produce materials such as PBAT, which is currently derived from non-renewable resources.

One company that is innovating in this area is Biome Bioplastics, who in collaboration with the University of Nottingham are hoping to improve PBAT by replacing the TPA building block used to make this material with pyridinedicarboxylic acid (PDCA). PDCA is derived from renewable resources meaning that breakdown of PDCA does not release additional CO2 into the atmosphere.

Another company active in biodegradable plastic research are Polymateria, who are looking to adapt “traditional” non-biodegradable plastics into a biodegradable form, in a process they refer to as “biotransformation”. According to their recent patent application EP 3571131A1, the company have developed a degradable sheet composition comprising 30 – 80 wt% calcium carbonate, polyethylene (PE) or polypropylene and additives including transition metal compounds and mono or polyunsaturated C14-C24 carboxylic acids or derivatives thereof. The company claim that this mixture of components leads to the breakdown of material without the production of microplastics – a key concern with biodegradation.

The big players in the plastic industry are also active in this field, for example BASF has recently launched ecovio® a blend of BASF’s Ecoflex (PBAT) and renewable PLA. This material is said to display the same properties as conventional non-biodegradable plastics and can be processed in the same way, but is also partially manufactured from renewable resources and is fully compostable. This material has certified biodegradability in both industrial and home compositing settings and is currently being used to produce compostable coffee capsules.

Huge amounts of packaging and single use containers are disposed of in the UK every day. Substituting non-biodegradable packaging for compostable alternatives has the potential to significantly reduce the environmental impact of packaging waste. Given the challenges associated with developing packaging that performs well during its useful life time, but which breaks down efficiently after use, there is great scope for innovation in this field. 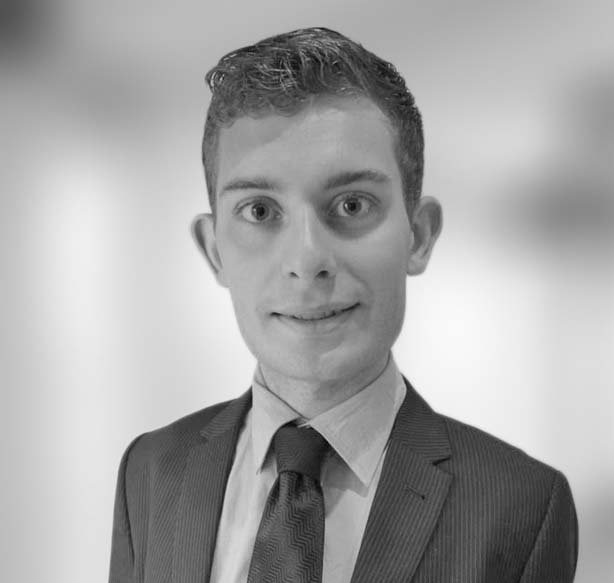