Is Sky the limit in the David versus Goliath trade mark battle of the last decade?

Notable dates in the trade mark law landscapes of the United Kingdom and the European Union include 6 February 2018, 16 October 2019, and 29 January 2020. These dates correlate with the decisions of the England and Wales High Court of Justice (“the High Court”), the General Court of the EU (“the General Court”) and the Court of Justice of the EU (“the CJEU”). The cascading nature of the Sky v SkyKick saga is reflective of (a) the high stakes involved in respect to the “commonplace” practice of brand owners filing broad trade mark specifications, and (b) the “important issues of European trade mark law” identified by Mr Justice Arnold, as he then was. On 29 April 2020, the High Court delivered the latest installment in this long-running trade mark dispute.

Parallels can be drawn between the biblical account of the shepherd boy, David and the Philistine giant, Goliath on the one hand; and Seattle start-up, SkyKick, Inc. and the media and telecommunications stalwart, Sky plc on the other. Ultimately, the tactical stones creatively deployed from the legal slingshot of SkyKick UK Limited and SkyKick, Inc. (collectively “SkyKick”) did not prevail against Sky plc, Sky International AG and Sky UK Limited (collectively “Sky”).

The strength of a brand’s trade mark portfolio is inextricably linked to the ability of a brand to effectively protect, exploit, and enforce its trade marks. Sky is well-known for taking robust action and commencing trade mark infringement and passing off actions against owners of SKY formative marks such as Skype, Skyscanner and inevitably SkyKick.

In regard to the latter, Sky alleged that four European Union trade marks and one UK trade mark (“the Trade Marks”) had been infringed as a consequence of SkyKick’s European launch in November 2014 using variants of the SKYKICK sign. It is important to note from the outset that Sky markets itself as “Europe’s leading direct-to consumer media and entertainment company”, whereas, SkyKick’s core business areas span cloud migration, cloud back-up and cloud management.

Even though Sky does not develop SaaS products, there exists an overlap between the specifications for the Trade Marks and the SKYKICK sign in Nice Classes 9 and 38. The High Court and General Court concurred that the term “computer software” is too broad and technological advancements have heightened its ubiquitous nature. Notably, the CJEU held that registration of a trade mark for “computer software” was not contrary to public policy because it conferred a monopoly that did not align with any legitimate commercial interest of the proprietor. It is submitted that a delicate balance needs to be struck between (a) forward-planning for the brand’s future expansion and potential diversification by selecting the correct classes and relevant terms within each class; and (b) framing trade mark applications so broadly that it cannot be objectively assessed that there was a reasonable commercial rationale for the brand owner’s filing strategy.

Should the filing of broad trade mark specifications be indicative of bad faith? The brand owner could have (a) made an error in commercial judgement and over-estimated future revenue streams or (b) deliberately filed trade mark applications without the intention to use the mark in relation to all or some of the goods and services because it was a defensive strategy to retain exclusivity to the mark. The underlying rationale of the trade mark system is to distinguish goods and services from one undertaking from the goods and services of another undertaking. Inevitably, disruptors will encounter challenges with accessing certain markets using suitable trade marks because they are identical or similar to earlier marks. According to Attorney General Tanchev, “one of the most problematic aspects of a trade mark” is the role and function of a trade mark specification. He raised the question of whether EU trade mark law had reached an important juncture whereby a trade mark proprietor was effectively granted “an absolute monopoly in the face of which one can no longer defend himself in infringement proceedings” even if the earlier mark had not been used, and is not likely to be used, for many of the goods and services for which it is registered. The question arises as to whether brand owners are exploiting a loophole of the principle of speciality to obtain exclusive rights to a broad range of specified goods and services without commercial justification. Arguably, intellectual property offices are best placed to address issues of lack of clarity and precision of a specification during the examination process.

The opinion of an Advocate General is advisory rather than binding on the CJEU. In Sky v SkyKick, the CJEU acknowledged Attorney General Tanchev’s observation that applying to register a trade mark without the intention to use in relation to the specified goods and services may constitute bad faith. The CJEU held that bad faith can only be established if there was an intention of “undermining, in a manner inconsistent with honest practices, the interests of third parties, or of obtaining, without even targeting a specific third party, an exclusive right for purposes other than those falling within the functions of a trade mark.”

Brand owners will welcome the clarification of the grounds of invalidity and the high threshold to be overcome in order to establish that a trade mark application had been made in bad faith. New market entrants who find themselves in the position of SkyKick will be aggrieved that at present there is no practical remedy if (a) earlier marks are not vulnerable to non-use revocation actions and (b) the high evidential threshold to establish bad faith cannot be met. The CJEU correctly asserts that a proprietor of trade marks with broad specifications is only conferred protection for goods and services for which has been put to genuine use. Arguably, a critical opportunity was missed to provide greater clarity on the interplay between bad faith trade mark applications and the practice of ever-greening.

Even though the preliminary reference did not concern the practice of re-filing earlier marks, the CJEU did not acknowledge that the remedy of revocation for non-use can be undermined if brand owners are effectively permitted to indefinitely extend the five-year grace period to circumvent the proof of use requirements and corresponding sanctions.

The Final Advance or a Post-Brexit Pandora’s Box?

The CJEU has delivered its judgment on the five questions of European trade mark law that the High Court did not consider to be acte clair. It is apparent that the requirement for a trade mark specification to be sufficiently clear and precise is not applicable to trade mark registrations.

The High Court is required to implement retained EU case law subject to section 6(4)(b) European Union (Withdrawal) Act 2018. Inevitably, Lord Justice Arnold’s concise judgment of 62 paragraphs would have been anti-climactic for those curious to learn whether the CJEU’s new test for bad faith would be reformulated in recognition of the procedural requirement for a statement of use under section 32(3) Trade Marks Act 1994. It was noted that Sky had made a partly false section 32(3) declaration in relation to its application to the UKIPO to register the word mark SKY. By doing so, Sky had acted in a manner that was “inconsistent with honest practices in industrial and commercial matters” which constituted bad faith. Additionally, Lord Justice Arnold limited the specifications of the trade marks in relation to the terms “computer software” and “computer software supplied by the internet” so that SKY was afforded with the requisite level of protection.

Ultimately, the High Court held that SkyKick had infringed the trade marks in relation to electronic mail services in Class 38 as “Sky had supplied SKY-branded email services to broadband customers since July 2006”. It is contended that the High Court’s most recent decision was neither a decisive nor pyrrhic victory for Sky. The trade marks were held to be partially invalid and, as a consequence, the specifications were cut down to the extent that SkyKick had proved that Sky had acted in bad faith. Arguably, it is prudent for brand owners seeking to enforce rights in the UK to consider whether to triage broad trade mark specifications where the underlying commercial logic is tenuous. It will also be helpful to maintain records that shed light on the commercial justification of trade mark filing strategies so that brands owners are well positioned to defend bad faith allegations. It is submitted that it is premature to perceive the High Court’s highly anticipated decision in Sky v SkyKick as the final advance, only time will tell if SkyKick launches a counter-attack and seeks permission to appeal. 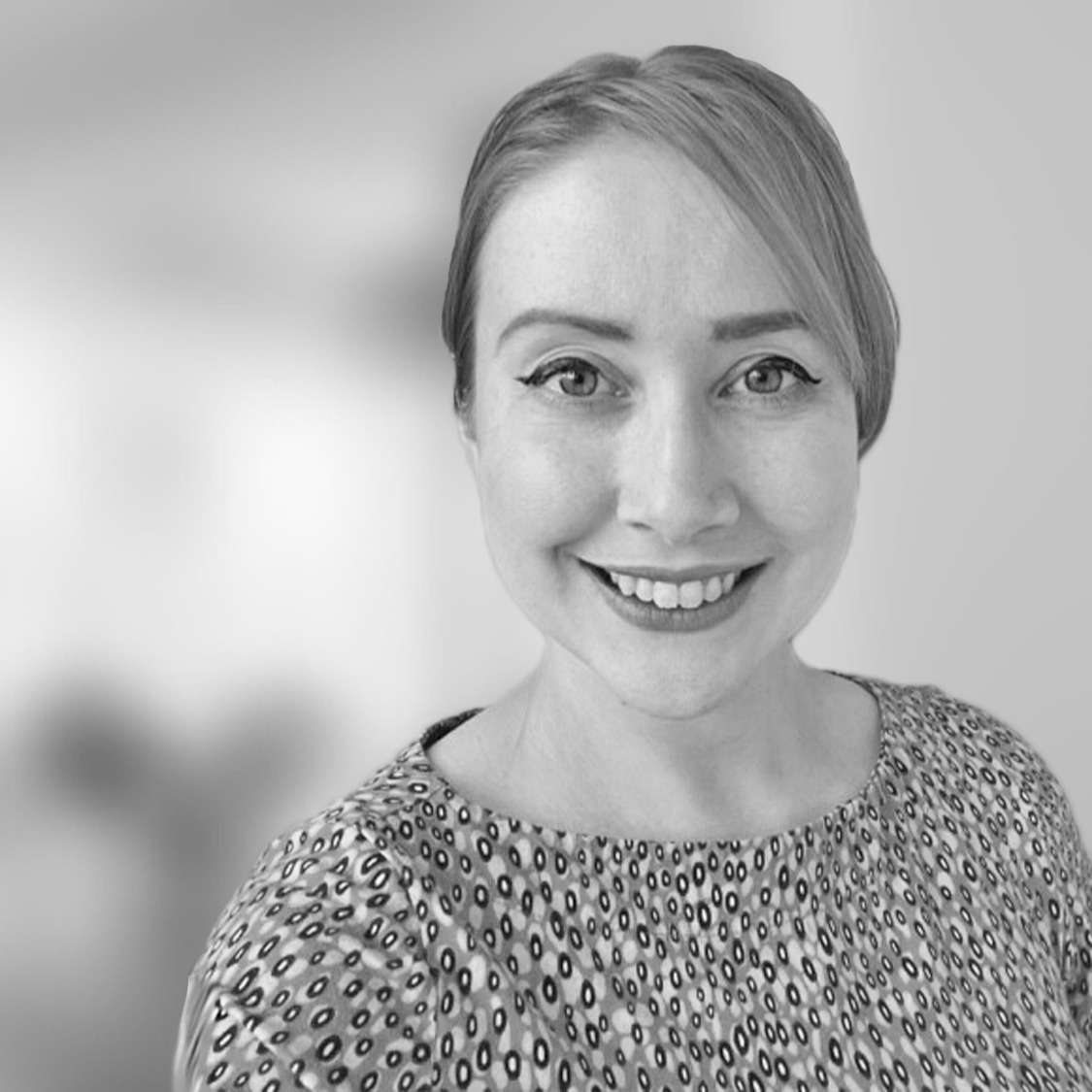 Becky is a trade mark attorney and a member of our trade mark team. She handles all aspects of worldwide brand strategy and trade mark protection including clearance searching, UK and international trade mark filing and enforcement, opposition and cancellation proceedings before UKIPO and EUIPO, dispute resolution and IP audits. She also has experience advising on related issues including domain names, copyright, and designs. Becky serves on the committee of IP Ability, IP Inclusive’s group for disabled and neurodivergent people, their carers and their allies and is also a Member of IP Inclusive’s Advisory Board.
Email: rebecca.campbell@mewburn.com
Comments