As part of our 'meet the team' series, we talk to Paul Dunne about his journey to becoming a patent attorney and approach to oppositions.

It all started when Paul Dunne saw first-hand the power of the patent system. This was in 2006, when there was a race on to find a way to sequence the human genome for less than $1,000, which would open up applications in personalised medicine and make it accessible.

Paul was then a PhD student at the University of Cambridge and his supervisor had created a successful start-up company to do with DNA sequencing. “At the point at which I joined the lab,” he recalls, “they had just sold the technology and it looked like it was going to be a really important idea.” Paul was then able to track how a small idea hatched in a Cambridge lab turned into a tool that became the basis for the front-runner technology used for DNA sequencing, with patent protection being a crucial part of the process. “I could see the advantage of the patent system in that my supervisor had been able to take this idea, sell it on to a major US company and realise the benefits of his research.”

Watching the seeds of an industry blossom into a global obsession

Some 15 years later, Paul now helps to oversee the business development efforts of Mewburn Ellis’ chemistry team, with a focus on the polymer area. In particular, he takes an interest in so-called ‘green polymers’ and has marked this out as a priority for the firm. Again, he’s been able to watch the seeds of an industry blossom into a global obsession. “Years ago, the companies working in that space were quite small. Now, discovering the solution to the pervasiveness of plastic is on everyone's agenda. What was initially quite a small area now cuts across everything,” he says.

Of course, it’s obvious why. The estimated amount of plastic that has been produced to date exceeds eight billion tons. With very little of this product recycled, the world is facing a pollution problem that endangers both our individual health and the health of our shared planet. And with the requirement to move quickly away from dependence of fossil fuels, the need to find bioplastic and other sustainable solutions to plastics has never been more urgent.

“Like so many of us now, I do take an interest in these things,” says Paul. “I try to limit my [climate] impact as much as I can. I eat less meat, drive a hybrid car, and carefully choose consumer products based on their green credentials. Living more sustainably is something that's constantly on our mind in our day-to-day lives. Particularly when it comes to plastics.”

And for Paul, sustainability also ties in with some of the most interesting opposition work he’s done and which he’s enjoyed the most. These are cases, he says, where he “could see the benefits of the technology”. For example, a situation in which a polymer that is being argued over is a potential replacement for the kind of plastic traditionally used for beverage bottles.

Oppositions — getting “properly stuck in”

As Paul points out, to be successful in an opposition or appeal, you have to get “properly stuck in” to the subject matter. Ideally, he says, you form a strong team with the client: “You talk to their technological experts and you really get to know them – to the extent that on a couple of the hearings that I've worked on, I ended up spending eight or nine days with the client and getting a real sense of pulling together.” The effect of this type of deep, trusted relationship is that he knows the client’s technology in depth. “You understand why it's commercially important, but also your experience is such that you hit the ground running with it. You can do things really efficiently for them, immediately add value in conversations. They can throw a patent at me in the space and I can immediately know what existing case law or patents will be relevant.”

Working on this type of cases has, Paul says, “provided a really interesting window into understanding the technology: the immediate benefits there, but also the broader field and the challenges around shifting to greener technologies”. And those challenges are substantial, starting with the fundamental problem that traditional plastics are so cheap and embedded in existing approaches and systems. This means we need to find ways to incentivise people to move away from them.

“It's a brave new world,” as Paul puts it, “because you've got these long-established technologies and all of a sudden there's this paradigm shift. There's going to be a lot of ideas entering the race with no clear odds on who will be winners and losers along the way. People don't know quite where it's going to land. From a patent perspective it's exciting because there's lots of green pasture”.

“There's societal pressure to move in this direction and it's the right thing to do for companies. But it's also a great opportunity for them to stake their claim in this new space and to reward them for actually going to the effort to green our planet. Patents can provide that incentive for companies to jump in, in spite of potential risks and costs.” 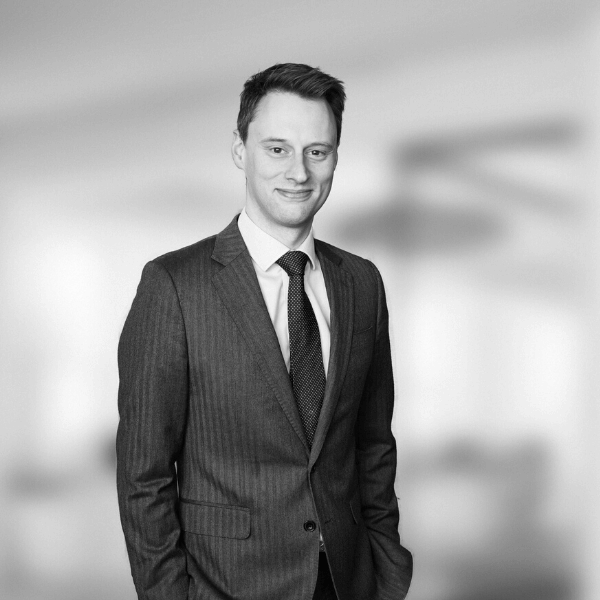