Need to Know: why your virome holds enormous value

Our bodies play host to a complex network of viruses, many of which remain unclassified. Matt Packer explains what it all means for the future of medicine.

Since late 2019, humankind has been entrenched in an arduous war against coronavirus: a microscopic particle that spreads rapidly, causes vicious symptoms – and yet will dissolve upon contact with a speck of soap.

For millions of us, this has meant becoming obsessive in our quest for hygiene. But as we continue (rightly) to scrub our hands to stave off this imminent threat, many of us are unaware of an uncomfortable truth: that each of us plays host to an elaborate network of viruses that resides upon – and within – our bodies. This internal colony is known as our virome.

Present in a variety of human fluids and secretions – and located in particularly high concentrations in the soft tissues, skin, respiratory tract and gut – the virome coexists alongside the better-known microbiome, a complex ecosystem of common bacteria.

The microbiome is the more thoroughly quantified of the two. In 2016, Milo et al concluded that an average ‘reference human’ – someone between 20 and 30 years of age and weighing 70kg – would contain some 30 trillion human cells and 39 trillion individual bacterial microbes.

By contrast, the virome is significantly more mysterious. Current estimates suggest that this invisible world contains an astonishing 380 trillion viral particles. Yet many of the species in this viral universe are unknown to science, constituting a blind spot that has been termed – to borrow from the language of astronomy – ‘dark matter’.

Indeed, according to one recent report, the Genomes Database at the US National Center for Biotechnology Information (NCBI) holds just 10,462 complete viral genome sequences, representing a tiny sliver of the planet’s total diversity. However, scientists agree that species present in the virome fall into four broad categories:

It is the species in that fourth category that scientists believe have tremendous promise for the future of medicine.

A fork in the road

At present, significant question marks hang over the interaction between the virome, our bodies and the microbiome.

In the July 2020 edition of Genome Medicine, two scholars pointed out that the ways in which the virome affects human health or sickness are ‘ambiguous’, because ‘direct functional studies are currently lacking’. However, based upon reports of ‘trans-kingdom interactions’ between Category-4 virome particles and cells from the human immune system, it is clear that phages possess the ability ‘to directly immunomodulate [make changes to the immune system of] their human hosts’.

“At present, significant question marks hang over the interaction between the virome, our bodies and the microbiome”

If we turn to the bacterial world, a more recent piece from The Scientist notes that while researchers ‘are only just beginning to appreciate the importance of phages in microbiome dynamics’, they have already begun to examine links to disease.

In fact, a foundation of knowledge dates back more than a century. In what amounts to one of medicine’s great ‘fork-in-the-road’ moments, phages were discovered and named in 1917 by French-Canadian microbiologist Félix d’Hérelle, who noticed clear spots in some bacillus samples he had collected.

His identification of the culprits behind the spots sparked a nascent science in ‘phage therapy’. However, any emerging treatments were soon snuffed out by the dawn of antibiotics, which were much easier to store and therefore more marketable.

Since d’Hérelle’s time, researchers have concluded that phages’ antagonism towards certain bacteria stems from their ability to hijack them. After penetrating a bacterial organism’s outer membrane, a phage can then use that cell as a mobile factory for mass-producing regiments of other phages until the host simply ruptures.

So, deepening and widening our knowledge of what lurks within the virome’s dark matter would open up some tantalising possibilities. And that will hinge upon efforts to map the human virome in far greater detail than scientists have so far managed, using something that d’Hérelle did not have access to: 21st-century digital technology.

One such undertaking has already borne fruit. Last August, researchers at Ohio State University unveiled the initial findings of their pioneering Gut Virome Database (GVD), built from 32 studies of more than 1,900 people across 16 countries. As well as identifying 33,242 distinct viral genomes within that sample, the team’s machine-learning tools discovered that 97.7% of the viruses dwelling in the human gut are phages: a goldmine for further research.

Outside that landmark project, several disparate ventures are currently under way to unlock new phage therapies in a variety of medical contexts, as scientists busily matchmake phages with the pathogens they are designed to destroy. Use cases include:

MRSA. Scientists at Rockefeller University have extracted a phage enzyme that is highly effective against the bacteria behind this notorious hospital bug, providing a treatment that overcomes the microbe’s stubborn resistance to antibiotics. The enzyme is now in Phase-3 clinical trials.

Inflammatory bowel disease. At the third annual Bacteriophage Therapy Summit, held in March, biotech firm BiomX announced its candidate therapy BX002, a phage that targets a gut-based pathogen that has been linked to this illness and to a progressive liver and gallbladder condition.

Cystic fibrosis. The same month, BiomX also revealed in a regular business update that it has set Q4 2021 as the ballpark deadline for an efficacy readout of its Phase-2, proof-of-concept ‘phage cocktail’ BX004, designed to combat Pseudomonas aeruginosa, a key contributor to patient morbidity among cystic fibrosis sufferers.

Prosthetic joints. In May, biotech firm Pherecydes Pharma issued a paper, published in Frontiers in Medicine, on its development of a personalised phage therapy to treat relapsing infections in a prosthetic knee joint. Provided in combination with a suppressive antimicrobial therapy, the treatment led to a swift improvement in the 88-year-old study patient’s health.

Meanwhile, one company that has the potential to straddle a range of medical disciplines with novel phage treatments is Ring Therapeutics.

Launched in late 2019 under the aegis of biotech venture capital firm Flagship Pioneering, Ring is currently mining the virome for a host of medical applications, targeting fields such as oncology, ophthalmology, haematology and inflammatory diseases – together with genetic, metabolic and central nervous system disorders.

No matter which individual or collective fields innovators choose to explore, in the long run the totality of their work on phages will prove more important. If medicine truly masters phages and extracts their full benefit, it will finally have a workaround for the urgent problem of antibiotic resistance. Phages will be able to step into the areas where antibiotics’ effects are waning, and the science that was once sidelined will be able to reclaim its role.

Invisible worlds are an important focus

“It is clear that these two invisible worlds – the virome and microbiome – coexist and interact. Every species of the human microbiome is a potential host to an adapted virus. Therefore the work being carried out to learn more about the interaction between our microbiome and virome, and how this might be utilised in the clinical setting, is really exciting. The use of phage therapy to combat antibiotic-resistant bacterial infections in humans is a particularly important focus for the future.” 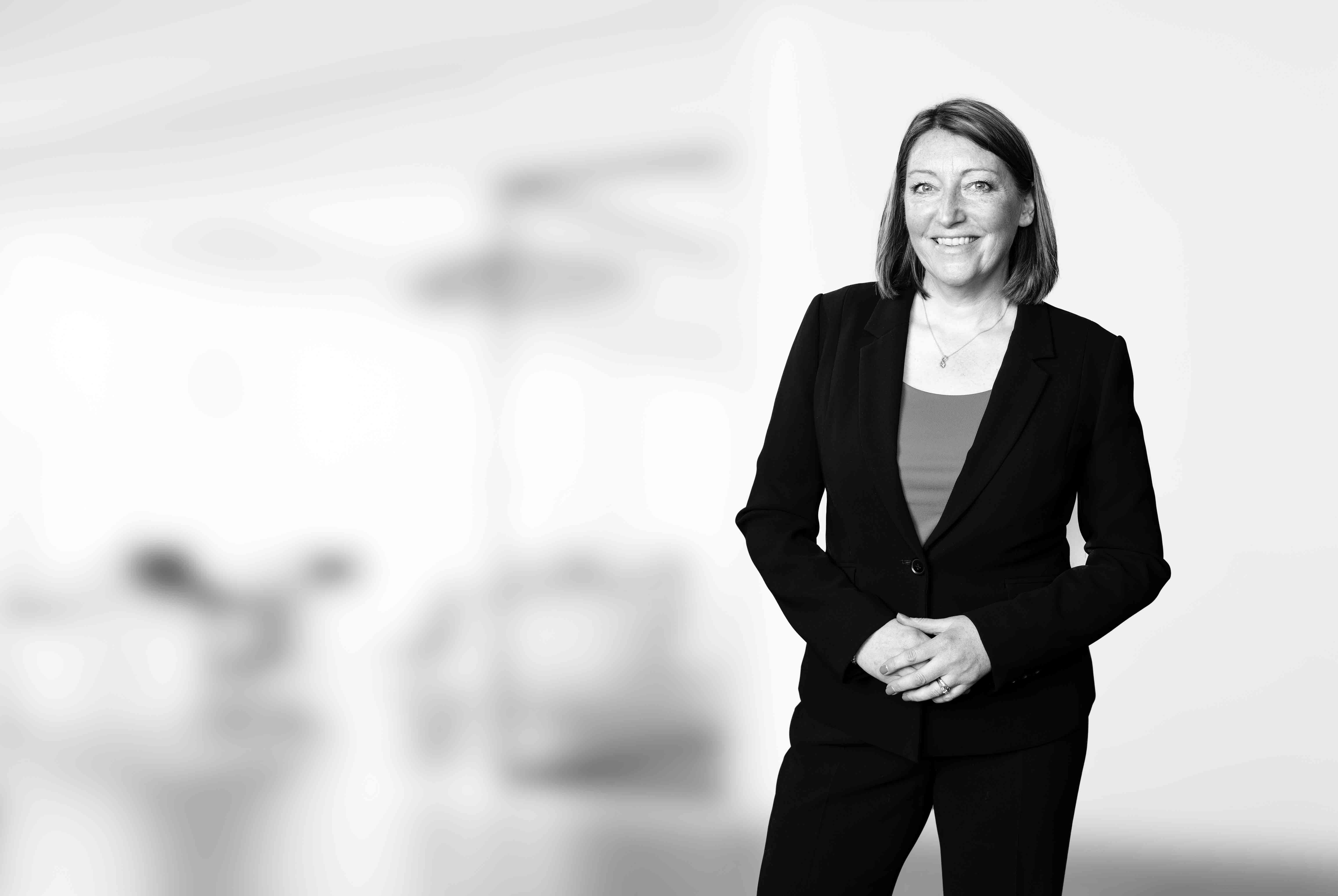 Joanna is in our life sciences patent team and focuses on the biotechnology and pharmaceutical sectors. Joanna has over 25 years’ of experience in all aspects of IP capture including original drafting work, prosecution, filing strategy and European opposition and appeals. She has a particular interest in opinion work including large due-diligence projects, freedom to operate analysis and advising on strategic filing strategies. Jo is a member of our Management Board.
Email: jo.cripps@mewburn.com
Comments

The smart healthcare revolution – what does it mean for patent attorneys?