Patenting the Internet of Things – the European perspective

It is estimated that by 2025 there will be 26-30 billion devices in the workplace and home equipped with sensors, processors and embedded software, and connected to the Internet of Things(1).  By collecting and sharing information over the internet, these devices will be able to function autonomously, enabling the automation of processes that were previously performed manually.  Practical applications of the Internet of Things range from smart home devices such as a smart fridge that automatically orders groceries when they run out, to a smart city with automated traffic management, water supply, and waste management systems.  The Internet of Things is therefore expected to have a transformative effect on many different sectors of industry and society.

Management consultancy firm Bain and Company predicts that the combined market for the Internet of Things, including hardware, software, systems integration, and data and telecom services, will grow to $520 billion by 2021, more than double the $235 billion estimated to have been spent in 2017(2).  This rapid expansion of the Internet of Things will be accompanied by the development of new hardware and software, for example relating to the collection and sharing of information by the physical devices, or the processing of this information.  Given the potential size of the global market, companies will, and should, try to patent these developments where possible.

According to the EPO, more than 5000 EP patent applications were filed in 2016 alone for inventions relating to autonomous objects (2016 is the most recent year for which detailed statistics are available from the EPO).  In addition, in the three years to 2016, the growth rate for patent applications in this technical field was 54%, making it one of the fastest growing technical fields for EP patent filings (the overall growth rate of EP patent applications for all technical fields over the same period was 7.65%).  The top 5 applicants for EP patents relating to the Internet of Things over the period of 2011 to 2016 were: 1. Samsung Group, 2. LG Group, 3. Sony Corporation, 4. Nokia Corporation, and 5. Huawei Technologies Co. Ltd(1).

Within EPC countries, which together made up a combined 29% of newly filed EP patent applications in this technical field over the same period, the main countries in terms of the number of newly filed patent applications in this technical field were Germany (8%), France (6%) and the UK (3%)(1).  As these three countries are the three biggest economies in the EPC, this is perhaps unsurprising, but it suggests that a significant proportion of the Internet of Things market in Europe may be covered by validating an EP patent relating to the Internet of Things in Germany, France and the UK.

At the EPO, software related inventions are referred to as computer-implemented inventions, and there is a well-established procedure at the EPO for assessing the patentability of such inventions, as discussed below.  In a recent update to the EPO’s Guidelines for Examination, the EPO has affirmed that the same well-established procedure is applicable to newly developed computer implemented technologies relevant to the Internet of Things, such as artificial intelligence and machine learning.

EP law explicitly specifies that some types of innovation, including mathematical methods, methods for doing business, and programs for computers (software programs), are not considered to be inventions, and that these types of innovation are therefore excluded from patentability to the extent to which an EP patent application relates to these innovations “as such”.  However, the meaning of the words “as such” is not defined in EP law, and is therefore left open to interpretation.  In fact, case law from the EPO Boards of Appeal shows that it is possible to obtain patents relating to these types of excluded subject matter at the EPO in many circumstances, provided that the patent is appropriately drafted to present the invention in a way that meets the EPO’s requirements.

However, overcoming these exclusions from patentability is only the first hurdle.  While simply including any technical feature in the claim overcomes the test of whether or not the innovation is excluded subject matter “as such”, the EPO then moves on to a more difficult test.  When assessing software related inventions that are not excluded from patentability “as such”, the EPO effectively combines its assessment of “excluded subject matter” with its assessment of “inventive step”.  This approach, which is discussed below, means that where software inventions are refused by the EPO, they are more typically refused by the EPO on the basis that they lack inventive step, rather than because they represent excluded subject matter “as such”.

This highlights the importance of convincing the EPO that claimed features are “technical”, because otherwise they will not be able to contribute to inventive step, and worse they will in effect be assumed to form part of the prior art.

These requirements are easy to meet if the software implements an already patentable method, for example a new and inventive method of controlling a specific technical system or process.  In contrast, these requirements are more difficult to meet if the software does not implement an already patentable method.  The requirements can be met, however, provided that executing the software produces a technical effect which goes beyond the normal physical effects produced when an ordinary piece of software is executed on a computer.  Examples of such a further technical effect include control of a technical process or of the internal functioning of the computer itself or its interfaces.

The EPO’s Guidelines for Examination provides some examples of “technical” effects which may be relevant to software inventions relating to the Internet of Things, including (i) encoding data for reliable and/or efficient transmission or storage (and corresponding decoding), e.g. error-correction coding of data for transmission over a noisy channel, compression of audio, image, video or sensor data; (ii) encrypting/decrypting or signing electronic communications; generating keys in an RSA cryptographic system; (iii) optimising load distribution in a computer network; (iv) use of a neural network in a heart-monitoring apparatus for the purpose of identifying irregular heartbeats; and (iv) use of a neural network for the classification of digital images, videos, audio or speech signals based on low-level features (e.g. edges or pixel attributes for images)(4)(5).

(1)  Patents and the Fourth Industrial Revolution, The inventions behind digital transformation, December 2017, The EPO in co-operation with the Handelsblatt Institute.

This article was originally published on the Japanese Patent Attorney Association website, under the title “モノのインターネット（IoT）関連技術の特許権取得 － 欧州の観点より”. View the original article (in Japanese) here. 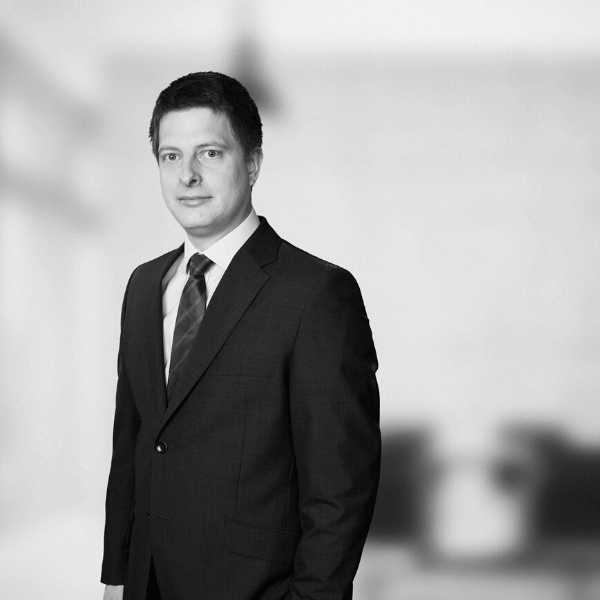 John is a member of our engineering patent team with experience working in the telecommunications, electronics & electronic engineering, computer software, Medtech, structural & mechanical engineering and semiconductor industry sectors. He is also an authorised representative before EUIPO in design matters and handles a variety of design work.
Email: john.addiss@mewburn.com
Comments