Graphene has been widely heralded as a game-changer in the research and development of new materials, with potential applications in electronics, energy storage, and high strength composite materials (among many others).  However, the key challenge that remains, as with many new materials, is bringing the potential benefits of the material into real-world applications.

To that end, an emerging approach in the pursuit of applications for graphene is the formulation of graphene-based inks, meaning that the material can be printed using conventional techniques.  Printing using these inks can therefore allow graphene to be readily and rapidly deposited over large areas, including on flexible substrates, allowing coatings and devices to be produced that take advantage of graphene’s unique properties. This paves the way for electronics and other graphene-based or graphene-enhanced applications to be developed and manufactured in new and exciting ways. Areas such as flexible and bendable electronics, high performance sensors for medical or environmental monitoring, wearable technology, and disposable and recyclable electronics look set to emerge as graphene inks become a reality.

What is more, graphene is only one member of a large family of similarly structured two-dimensional materials which can be processed in a similar way, greatly expanding the range of available applications and properties to include semiconducting materials similar to silicon, insulating materials, as well as materials with more exotic properties such as thermoelectric materials (that can convert heat into electricity).  As with conventional printing, inks containing different materials can also be combined, allowing full device structures to be manufactured in a single process, expanding the possibilities even further.

So-called “functional” printing, where the printed material does not simply form a graphical design, but fulfils a function such as a printed electrical device, is not unique to graphene. Functional printing uses techniques originally developed to deposit coatings, or to reproduce graphics such as images and text. With a history dating back more than 1000 years, printing today encompasses a vast array of different techniques, with those more commonly used for functional printing including, for example, inkjet printing, screen printing, flexography, and gravure printing. For unpatterned films, techniques such as spray coating may also be used.

There are a number of factors that make printing an exciting method for electronics production, including its high speed, low cost, and its applicability to bendable and foldable materials. Industrial-scale printing presses are capable of print speeds in excess of 100 metres per minute, allowing vast numbers of devices to be produced in a short space of time. The processes have largely been developed to produce prints for industries where cost is a major factor (for example the packaging industry), and are therefore highly optimised for minimal cost operation. Beyond drying the inks, no high temperatures are required to print, allowing materials such as paper, plastic, and textiles to be printed on, rather than the brittle and fragile materials used in conventional electronics, leading to potential applications in flexible and wearable technology.

Devices such as RFID antennas, as well as sensing elements in applications such as glucose sensor strips for diabetes monitoring, can be printed from conductive inks containing metals (e.g. silver) or carbon black. More complex devices can also be produced, including, for example, electroluminescent panels and OLED displays. While it is not without its challenges (in particular the lower tolerance for printing defects when compared to graphics printing, since misaligned or poorly formed prints can affect device performance) functional printing represents a proven technology for manufacturing devices.

Printing with graphene-based inks can therefore lower the barriers towards mass production of graphene-based devices by removing the need to develop new manufacturing techniques to accompany this new material.

Graphene inks are already being made commercially available from suppliers such as Versarien and Haydale, and are more widely reported by research groups worldwide. These have been used to print conductive tracks for applications such as environmental, touch, and strain sensors and biosensors, and for antennae for RFID applications, as well as non-electrical applications such as corrosion-proof coatings. More complex devices have also been reported, including energy storage devices such as batteries and supercapacitors with graphene-based electrodes, and bendable displays, as well as digital devices such as transistors and logic circuits. Through the use of printing, these devices can be produced like a newspaper, and be integrated into flexible materials such as textiles for wearable electronics, paper or plastic films for disposable electronics, and onto rigid or flexible curved surfaces where electronics cannot be readily manufactured by more traditional means.

Indeed, the world’s first Graphene Hackathon will take place this November focussing on graphene ink technologies and applications. With so many possibilities, and so much talent working in this area, we are sure to see yet more amazing new ideas in the near future.

The make-up of graphene inks

A graphene-based ink typically contains graphene flakes dispersed in a liquid component (e.g. water or one or more organic solvents), and also includes further materials such as a binder (often a polymer), which serves to “bind” the individual flakes together to form a printed film on the printed surface. The use of a binder is necessary to enhance the robustness of the printed film (which would otherwise be simply a collection of loosely packed graphene flakes sitting on the printed surface). However, an appropriate balance between the content of binder and graphene must be chosen to avoid the binder separating individual flakes once the ink dries, preventing contact between them. Graphene can be produced directly in the ink through processes such as liquid phase exfoliation, where graphite flakes are exfoliated in a solvent using an ultrasonic bath, a high-pressure mixing system or even a kitchen blender. Alternatively, graphene flakes can be produced separately, then dispersed into the liquid component to form the ink.

Many of the early reports of printing using graphene focussed on inkjet printing. In inkjet printing, a low-viscosity ink (of a similar viscosity to water) is held in the tank of an ink cartridge. Dispersions of graphene produced by liquid phase exfoliation can often be directly used as an inkjet ink without the need for further formulation.

Flexographic printing and gravure printing each offer considerably higher printing speeds than inkjet printing. Often used to print packaging, as well as print media such as magazines and newspapers, each of these techniques can allow printing speeds in excess of 100 metres of substrate per minute. The inks for each are similar, and are more viscous than those used for inkjet printing (similar to that of motor oil, for example).

Screen printing, meanwhile, uses a mesh screen through which ink can be forced using a squeegee.  The screen is selectively masked, covering holes where no printing is desired, and leaving only the pattern “open”. Screen printing inks are paste inks, with a significantly higher viscosity than any of the previously discussed techniques, similar to honey, for example. Screen printing can be used to print much thicker layers than the above techniques, which can improve, for example, the electrical conductivity of a printed graphene film.

With such a range of both printing techniques and potential applications, it remains to be seen which will come to the fore as the printed graphene market grows and matures. However, early indications are that the industry has a bright future ahead, and that printing is likely to become and remain one of the key processes needed for mass-market adoption of graphene-based applications. 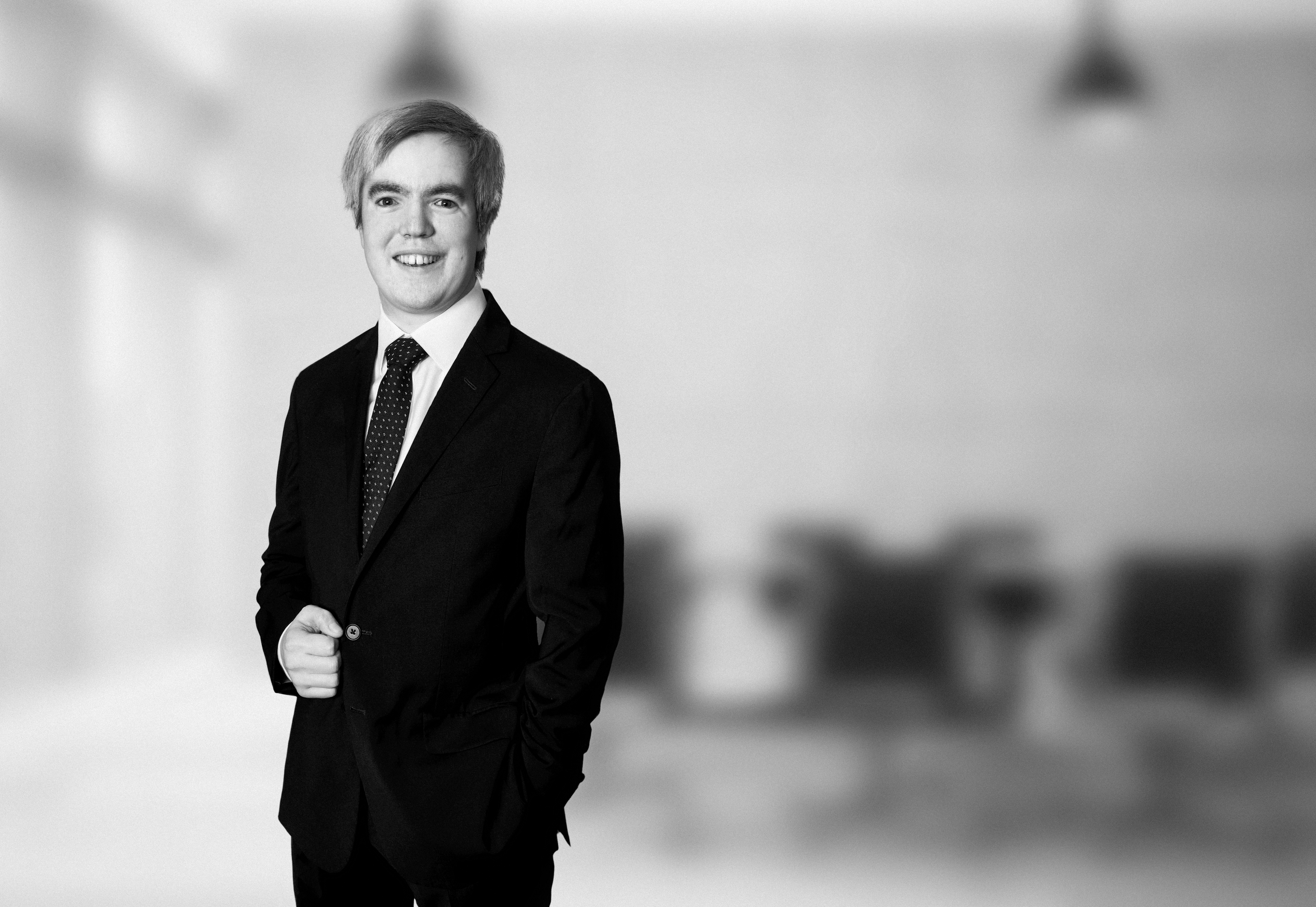 Richard is a part-qualified patent attorney and member of the Engineering and ICT practice group. He has three years of experience in drafting and prosecuting patent applications in a wide variety of technical fields, working with both multinational corporations, and UK and internationally based SMEs. Richard has an MSci in Physics from the University of Bristol, and a PhD in Electrical Engineering from the University of Cambridge. His PhD research focused on solution processing of graphene and related 2D materials to produce functional inks and composite materials for electronics and photonics. Prior to joining Mewburn Ellis, Richard was a co-founder and director of a spin-out seeking to further develop and commercialise the graphene technology he developed during his PhD research.
Email: Richard.Howe@mewburn.com
Comments