Protective barriers against COVID-19 – what’s behind the screen?

Since the outbreak of the COVID-19 pandemic there has been a significant increase in the demand for plastic screens.

As businesses and people attempt to put in place measures to protect themselves, their staff and their customers from the COVID-19 virus, the installation of plastic screens has sky rocketed. It seems nearly every shop, restaurant, bar and office now has some form of new plastic screen installed.

But what is the story behind the plastic screens? In this article we take a look at the wonder material being used in the front line against COVID-19, and see that it has a lot more to offer than simply protecting us from sneezes.

What’s behind the screen?

The screens now partitioning our indoor environment are made from a material known as poly(methyl methacrylate) (PMMA), although the material goes under a plethora of guises and trade names, such as, acrylic, acrylic glass, Perspex® [in the UK] and Plexiglas®.

As the name suggests, PMMA is a polymeric material containing repeat units of a compound (monomer) known as methyl methacrylate, as shown below:

First discovered around 1930 by chemists Rowland Hill and John Crawford at Imperial Chemical Industries (ICI) and (separately) by Otto Röhm of Röhm and Haas, the material’s combination of strength, toughness, low weight, shatter resistance, weather resistance and, crucially, transparency and low reflectance meant that its suitability as a substitute for glass was apparent early on. This is evidenced from the first patent for the material being filed in 1931 (see GB 395687).

With the discovery of a route to manufacture the monomeric materials cheaply, commercial production soon followed, with Röhm and Hass offering the product under the trade name Plexiglas® by 1933 and ICI beginning production in 1934 under the trade mark Perspex® (see Plastics Historical Society). The material quickly became established in areas which were previously solely the domain of inorganic glass; PMMA even found its way into the cockpit canopy of the iconic Spitfire aeroplane as early as 1938.

Today, PMMA is rarely sold in its pure polymeric form (i.e. as a single homopolymer). Instead, the majority of commercially available materials that are made from PMMA now exist as modified formulations of PMMA, which together with PMMA contain varying amounts of other compounds, such as co-monomers, additives and fillers.

These modified materials (sometimes referred to as “composite materials”), are essentially mixtures of PMMA with other useful compounds, which serve to modify and fine-tune the properties of the material. This fine tuning has allowed the material to be stretched into a range of applications and products.

The many other uses of PMMA – more than just a screen

Being transparent, durable and shatter-proof, PMMA and its composites have unsurprisingly found application in numerous products where a substitute for glass is required. Here, PMMA has been used as a protective casing for the lights on vehicles, as ‘glass’ for building windows, as bulletproof security barriers and as lenses for spectacles.

However, the applications of PMMA extend far beyond its use as a substitute for traditional inorganic glass. Instead, the numerous beneficial properties of PMMA and its composite materials have resulted in PMMA being used in a wide array of other products and applications.

The low water absorptivity of PMMA coupled with the properties above have resulted in PMMA composite materials being utilised in the production of numerous bathroom products, such as baths, sinks, shower units and even bathroom flooring. The low water absorptivity has also led to composites of PMMA being used as waterproof coatings, where formulations such as those containing PMMA and polyutherane methacrylate (PUMA) have been utilised as waterproof barriers in the construction industry.

The excellent compatibility of PMMA with human tissue has also led to PMMA and its composite materials being used in numerous biomedical applications. Here, PMMA has been used to produce products such as bone cements, dental implants and rigid intraocular lenses, which are synthetic lenses implanted in the eye following the removal of the lens in the treatment of cataracts.

Indeed, PMMA is said to be the most widely used material for fabricating denture materials due to is excellent biocompatibility. Typically, composite materials for dental applications comprise PMMA and compounds such as alumina (Al2O3), titanium dioxide (TiO2) and multi-walled carbon nanotube (MWCNT), which are each included to further enhance the mechanical properties and biocompatibility of PMMA.

The excellent biocompatibility of PMMA has also led to PMMA being used in cosmetic surgery, principally as an alternative to Botox®. Here, tiny microspheres of PMMA are suspended in a biological fluid before being injected under the skin to act as a soft tissue filler in an attempt to reduce the appearance of wrinkles or scars.

PMMA’s uses also extend to numerous other applications such as an additive in oil lubricants, as a major component of acrylic paint and as a material for sportswear, and the list of uses for this humble material continues to grow.

With PMMA being nearly 90 years old and there already being numerous PMMA based products on the market serving various different roles, you may be excused for thinking that there are now very few innovations to made in relation to PMMA. This is certainly not the case. Innovations concerning PMMA composite materials and their applications continue to thrive.

In the automotive industry alone, where PMMA materials have predominately been used as the protective casings for headlights, new PMMA composite materials are beginning to emerge which have the potential to be used as replacements for other parts of the vehicle.

PMMA composites which are more easily moulded are currently being explored as potential materials for replacing traditional glass windows in vehicles. Here, the replacement of glass windows with PMMA based materials would not only reduce the weight of the vehicle, making it more efficient to run, but it could also improve the acoustics and safety of the vehicle (with PMMA being tougher and more shatter resistant than traditional glass). Uses of PMMA based materials in various other parts of the vehicle, such as in scratch-resistant bumpers and interior lighting, are also being explored.

In view of the large and widespread use of PMMA, it has been estimated that currently around 3.36 million tons of PMMA are produced each year, with this figure estimated to increase by 100% over the next 15 years (not accounting for the recent upsurge in demand for PMMA following the outbreak of COVID-19).

Little of the PMMA produced every year is recycled. Technologies for recycling PMMA back to its components parts do already exist. However, these technologies typically utilise high temperatures and pressures and are therefore expensive to run on an industrial scale. They also result in the production of harmful by-products (such as lead) that are environmentally unfriendly.

Promising new research and innovation to make the process of recycling PMMA more efficient and environmentally friendly is ongoing. Here, new processes for achieving the thermal depolymerisation of PMMA in a more efficient and cost effective manner are currently being investigated.

The global need for improved PMMA recycling is becoming more widely recognised. For instance, recently, the EU backed the establishment of a pilot PMMA recycling plant to trial a new PMMA recycling technology, and several companies have shown their commitment to this problem (see recent Lucite International and Mitsubishi Chemical Corporation Advance Collaboration with Agilyx) with plans to conduct commercial-scale trials for PMMA recycling.

As awareness of the environmental and economic impacts associated with the plastic waste continues, and the drive for pursuing a circular economy continues to attract interest (see our blog Circular economy: the solution to plastic pollution?), it is likely that further innovations in the field of PMMA recycling will emerge over the coming years.

In light of the COVID-19 pandemic, plastic screens are becoming ever more prevalent in our daily lives. The compound essential to the preparation of these screens is also a key component in many other everyday products that we tend to take for granted. Impressively, this compound, discovered nearly 90 years ago, continues to be at the forefront of new innovations relating to products that span almost every part of our lives, from cars to dental implants.

So, the next time you are standing behind a plastic screen in a shop or restaurant waiting to be served, perhaps pause for a minute to appreciate the wonders of the material behind the screen. 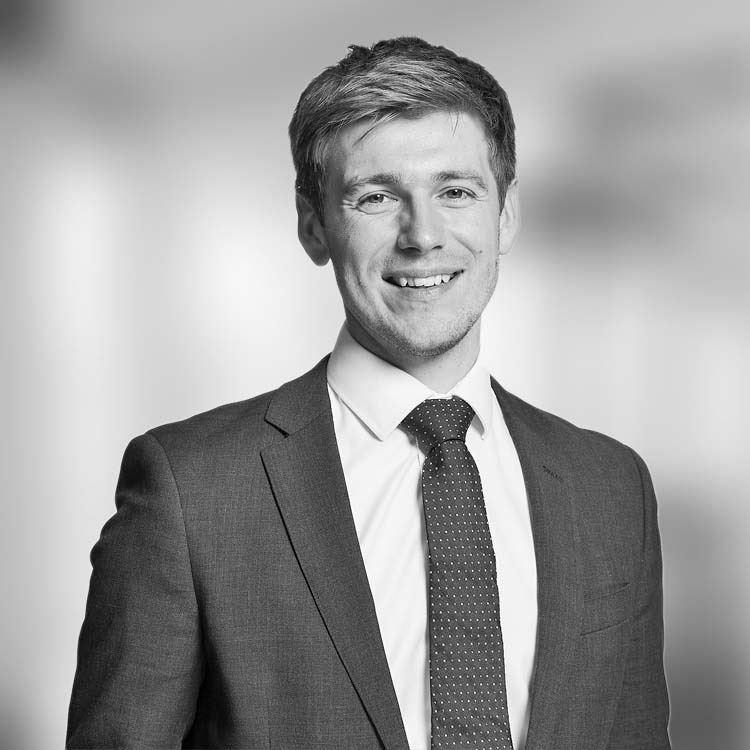 Charles is an Associate and Patent Attorney at Mewburn Ellis. He has experience working across all areas of Chemistry, from pharmaceuticals and agrochemicals to catalysts and polymeric materials. Charles deals mainly with patent drafting, prosecution and opinion-based work. He has both a Masters degree and a PhD in Chemistry, both from the University of Bristol. During his undergraduate and PhD studies, Charles undertook industrial placements at two large pharmaceutical companies, where he worked as a Medicinal Chemist.
Email: charles.renney@mewburn.com
Comments