Our body hosts trillions of microorganisms that are essential to many aspects of human health. This constellation of microorganisms is referred to as the ‘microbiome’. Scientists are only beginning to unravel the complex mechanisms the microbiome uses to support human health. What is clear is that an imbalance in the microbiome, for example when important microbes are lost due to an infection, increases the susceptibility to many diseases, including Inflammatory Bowel disease (IBD), liver disease, atherosclerosis, and other severe diseases 1.

These initial studies provided an impetus for the development of therapeutic compositions that contain microorganisms, with many targeting the gut. One category of therapies focusses on groups of bacteria that cooperate within a larger community, so-called microbial consortia. Microbial consortia are believed to result in a more durable engraftment because of the establishment of a new “micro” ecosystem, and, consequently, improved biological functionality compared with single bacterial strains.

Microbial consortia are isolated from biological samples, typically from saliva and stool. Following isolation, the bacterial strains are propagated in clonal cell banks and consortia can be selected for a desired biological function, such as metabolite production or decolonising certain pathobionts (disease-causing or harmful microorganisms)4. For example, a consortium of bacteria designed to complement missing or underrepresented functions in the imbalanced microbiome of IBD patients is capable of preventing and treating chronic immune-mediated colitis in humanised mouse models by decreasing pathobionts while expanding resident protective bacteria 5.

IP considerations for microbial consortia at the EPO

The IP strategy for therapeutics in the microbiome field differs from the more traditional drugs because microbes, the active ingredients, present in a consortium may be well known or naturally occurring, and thus not novel or merely a discovery. As explained in our blog Microbiome: meet your multitude, it is still possible to obtain IP protection for these consortia provided the therapeutic use is new and innovative. For example, a particular set of bacteria acting synergistically, or capable of performing a desired function, may be patentable. Notably, several groups are now working on engineered or synthetic microbial consortia designed to carry out specific biological functions. These engineered consortia are of course not naturally occurring, and it may be possible to obtain protection for the consortium as such as well as their use 6.

As explained above, microbial consortia are typically selected for and defined by their function. However, functionally defining consortia in a patent application does not necessarily allow a skilled person to obtain the claimed consortium, and this often leads to objections of lack of sufficient disclosure at the EPO. Another pitfall of patent applications relating to microbial consortia is an alleged lack of support in the description of the application due to the exemplification of only a few subsets of bacteria providing a claimed effect.

It is important to mitigate against objections of sufficient disclosure and support as much as possible at the drafting and filing stage because these can be fatal to a patent application. If possible, depositing the consortium with an International Depository Authority (IDA) before filing provides the best protection against any lack of support or sufficiency allegation.

Including 16S rRNA sequences in the application is another way of preventing objections of lack of support or sufficient disclosure. However, because 16S rRNA gene sequences have low phylogenetic power at the species level and poor discriminatory power for some genera, they do not necessarily allow a skilled person to obtain the claimed consortium without undue burden 7. It is therefore sensible to always include structural characteristics of the bacteria (e.g. accession numbers), and/or technical features of the isolation method necessary for obtaining the microbial consortium with the desired properties in the application as filed. This is especially important in cases relying on the sequence listing only or when known bacterial strains are used.

Including data supporting the effect of bacterial strains on the molecular mechanism underlying a therapeutic effect will also allow for method of treatment claims with a broader scope. If these data are not readily available, it will still be possible to obtain narrower claims directed to the use of the bacteria in a specific condition, provided there is data, preferable in vivo data, showing the bacteria successfully treat the condition.

A number of patents relating to microbial consortia have been granted by the European Patent Office. As with many new technologies, patent proprietors have been able to obtain, often surprisingly, broad claims to many aspects of the technology. However, the real test of how well these broad claims stand up to a challenge takes place at the opposition stage at the EPO.

The EPO’s opposition division (OD) appears to be taking a favourable stance on microbial consortia, as illustrated by opposition proceedings against EP 2,575,835. The patent in this case related to a composition that induces proliferation and accumulation of regulatory T cells (Tregs), comprising, as active ingredient, spore-forming bacteria belonging to the genus Clostridium, for use in the treatment of various diseases, including infectious diseases. The patent was opposed by no less than six other parties, with the main arguments centring around sufficiency of disclosure, novelty, and inventive step. The OD dismissed the objections and believed that, in spite of overlap in composition and disease treatment with the prior art, the invention relied on the technical effect of Treg induction by bacteria in the specified clusters, identifying a new clinical situation and a new sub-group of patients. While this outcome is promising for patent proprietors, it remains to be seen whether the EPO maintains this generous view on microbial consortia.

Although, at the time of writing this blog, there have been no EMA-approved therapeutics based on microbial consortia, many companies have products in advanced clinical trial stages. With the microbiome space becoming increasingly more crowded, the number of patent filings is steadily rising as well 4. Establishing a strong IP position in the early stages of drug development is therefore essential. 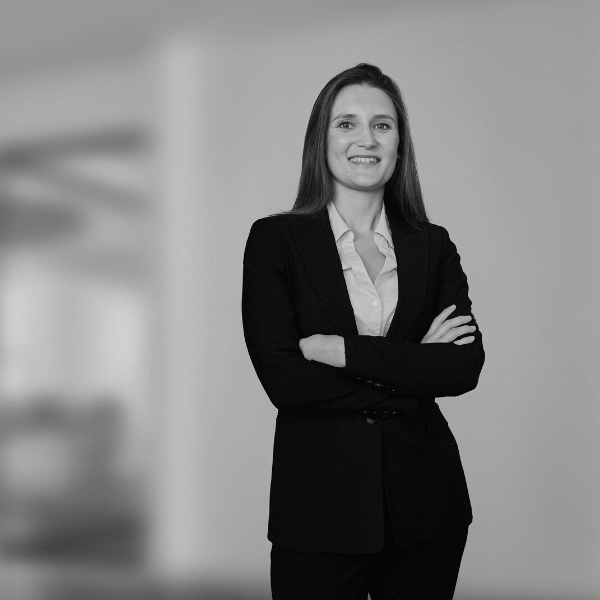 Ine is a member of our life sciences patent team. She has a BSc and MSc in Biomedical Sciences from KU Leuven, Belgium, and a PhD from the University of Cambridge. Her doctoral research focussed on the role of regulatory T cells in controlling immune responses, with a focus on the germinal centre response. Ine's subsequent postdoctoral research investigated the transcriptional regulation of regulatory T cell development.
Email: ine.vanderleyden@mewburn.com
Comments

The surprising world of canine oncology