Ambush marketing: playing by the rules at the Tokyo 2020 Summer Olympic Games

In the year of the Tokyo 2020 Summer Olympic Games (yes, it is still Tokyo 2020 and not Tokyo 2021), we take a look at the subject of ‘ambush marketing’ and what the International Olympic Committee (IOC) and the Tokyo Organising Committee of the Olympic Games (TOCOG) can do to prevent brand owners from stealing the limelight from legitimate sponsors. Whilst this article focuses on the Tokyo Olympics, the same comments and principles will essentially apply equally to the Tokyo Paralympics.

What is ambush marketing?

Ambush marketing, also variously known as ‘guerrilla’, ‘parasitic’ or ‘coattail’ marketing, is when a brand or company exploits the goodwill and publicity value of an event or any given occasion or situation in order to unfairly gain publicity or marketing benefits despite having no financial or official sponsorship involvement. This gives these opportunistic brands a snippet of the benefits of being associated with a major event for a fraction of the price.

The IOC has defined ambush marketing as:

Back in 2012, the London Olympic Delivery Authority (LOCOG) said that:

“Ambush marketing describes a business’ attempts to attach itself to a major sports event without paying sponsorship fees. As a result, the business gains from the goodwill and public excitement around the event for free. This damages the investment of genuine sponsors.”

Even the UK Intellectual Property Office has defined ambush marketing:

“Ambush marketing occurs when one product brand pays to become a sponsor of a large-scale event (usually a sporting event) and a competing brand cleverly connects itself with the same event without paying the sponsorship fee.”

It has become increasingly sophisticated, creative and audacious in recent years but, whilst some regard it as ‘stealing’ or ‘thievery’, ambush marketing can be difficult to prevent.

Many major sporting events have come to realise the risk of ambush marketing. All of FIFA, UEFA, The All England Lawn Tennis Club, World Rugby and, of course, the IOC, now have ‘anti-ambush marketing’ policies and strategies in place in order to reassure their sponsors that their investment in their events will be protected.

Why are anti-ambush marketing measures important for the Olympics?

Back at London 2012, something like £750 million+ of IOC revenue came from sponsors and marketing. The ‘Top 12’ official commercial partners at Beijing 2008 jointly paid over $800 million for their rights alone, no doubt partly due to the fact that the Beijing 2008 Games had a global audience of 3.9 billion viewers. The Olympic symbol is one of the most recognisable brands in the world, with 93% unaided brand awareness.

It is easy to see, therefore, that each Olympic and Paralympic Games is hugely reliant on sponsorship revenue. Each Host City’s organising committee effectively ‘sells’ its game’s brand to attract official sponsors and merchandise licensees. But if anyone could or associate their brands with the Games for free, then this funding model simply wouldn’t work, and so ambush marketing undermines a Host City’s ability to generate revenue to pay for the Games. Less sponsorship revenue would likely mean an increased burden on the local taxpayer, which clearly wouldn’t be very popular.

Responsibilities on Host Cities including TOC

After being awarded an Olympic Games, a Host City is immediately required to enter into a ‘Host City Contract’. Obligations under this contract include protection for official sponsors, and so a commitment to prevent ambush marketing is assumed. During Tokyo's bid to host the 2020 Olympic and Paralympic Games, the national government of Japan pledged to the IOC that it would abide by the Olympic Charter and protect all Olympic-related intellectual properties.

The main intellectual property assets of the Tokyo 2020 games include the Olympic five rings symbol and the Tokyo 2020 Olympic Emblem, as shown below: 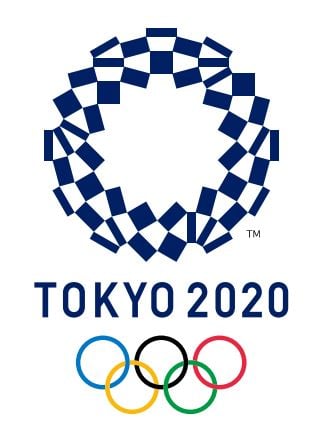 As mentioned before, these devices, and others, will be variously protected as ‘normal’ intellectual property rights, including under registered trade mark law, copyright law and unfair competition law, which give the owner the exclusive right to use or exploit them commercially. The Olympic symbol is given further, enhanced protection by virtue of the ‘Nairobi Treaty’ which deems it to be a ‘special emblem’.

Only the official sponsors and partners of the IOC and Tokyo 2020 Games are entitled to use the intellectual property assets of the Olympics and the Tokyo 2020 Games, under licence from the IOC or TOCOG, or to make a reference or association, either inferred or direct, to the Games.

Past experiences from London 2012

For LOCOG and London 2012, the 2006 London Olympic Games and Paralympic Games Act, which ceased having effect on 31 December 2012, established something known as the London Olympic Association Right (‘LOAR’). The LOAR prevented people and organisations from creating or suggesting an unauthorised association between a business, goods or services, and the London 2012 Games, unless they had LOCOG’s authority or unless one of a limited number of defences applied (mostly relating to honest prior or descriptive use).

An ‘association’ was deemed likely to be found through the use of certain words, images or marks, or, more likely, a combination of these elements. For example, athletic images, representations of an Olympic-style torch and flame, the colours of the Olympic rings and words or iconic images which evoke the spirit of the Games could all have been problematic. Even the use of a famous Olympian in an unofficial brand’s marketing campaign could have been said to promote an association. It was the overall impression given by the advert, marketing material or goods in question that was key, although the term ‘association’ could have been very broadly and subjectively defined and was policed by an impartial LOCOG.

Section 33(3) of the 2006 London Olympic Games and Paralympic Games Act defined two lists of specifically protected expressions. It was suggested at the time that the Courts may have taken use of these words into account when determining if an association had been created with London 2012. The two lists were:

According to the 2006 Act, use of two words in LIST A or a word in LIST A, plus one or more words in LIST B were likely to result in an association. However, the word ‘may’ was key: these expressions were a guide for the Court, which would have still considered all relevant factors when deciding whether the IOC’s and/or LOCOG’s rights had been infringed. It was also important to note that an unlawful association could have still been created without use of any of the protection expressions.

It is unclear if Japan’s legislators have enacted any laws that protect an equivalent right to the LOAR. It may be that TOCOG is satisfied that the traditional options for the protection and enforcement of intellectual property rights, as discussed above, will be sufficient. Japan’s unique culture of respect may also be a factor, within which ambush marketing tactics could be regarded as being underhand, unsavoury and thus unembraced. Time will tell.

Back in 2012, other enforcement options would also have been available to LOCOG where an unofficial entity sought to create an association but didn’t infringement any registered rights. In particular, the UK tort of passing off could have been relied upon depending on the circumstances. It seems likely that Japan’s Unfair Competition Prevention Act could give TOCOG an option for similar enforcement of association rights related to Tokyo 2020, to restrict the use of certain terms and images that bring to mind or evoke the Olympics by companies and individuals who are not official partners or sponsors.

Further protection against ambush marketing, on a more personal level, comes from Rule 40 of the Olympic Charter. This restricts Olympic athletes from appearing in advertising (including social media) during the Games period. Advertising companies are not subject to the Charter, but athletes risk disqualification if there is infringement. Realistically though, the Olympic Games is not going to be denied its biggest stars, and so athletes can apply for exemptions from the rule, in particular if the advertising company is a Games sponsor or partner.

And then there’s Urvasi Naidu…

Ms Naidu is one of the Olympics’ ‘last line of defence’. She has been a ‘legal volunteer’ at many recent Olympic games, armed with masking tape to cover up visible logos of non-sponsors worn by spectators. After all, ticket Terms & Conditions restrict what spectators can wear. As Ms Naidu explained to the UK’s Evening Standard newspaper in 2012:

“What I am looking for is a group of people all wearing T-shirts advertising a rival product. I would get them to try and wear the T-shirts inside out. If that does not work, then I would use masking tape to cover up the advertisement. The point is to make sure it is not visible on television. Sponsors pay a lot of money for the Olympics and they are entitled to protect their investment. When you buy an Olympic ticket you are entering into a contract with the organising committee. If you look at the website, the conditions are all spelt out” (Source).

There is therefore always the possibility that certain kinds of ambush marketing activity could be snuffed out through an ‘on-the-spot’ decision of a single, perhaps over-cautious individual, even if the brand owner had felt it had complied with, or else circumnavigated the various laws, rules and restrictions.

But then, the likely absence of, or else severe restrictions on the numbers of spectators and the traditional Games entourage that attend the Tokyo Games in person, due to COVID-19, may have an inadvertent impact on the availability of ambush marketing tactics that brands have pursued for previous Games and other international events.

Any would-be ambush marketers should tread very carefully before running any such campaigns, however innovative, humorous, sophisticated or creative they might be. Organisers of and/or rights-owners relating to major events such as the Tokyo 2020 Olympics have become increasingly alert to the threat posed by ambush marketing and appear to be motivated to take some kind of action if the need arises.

That said, publicity that might be associated with the official response to an ambush marketing campaign could, in some circumstances, actually serve to further promote the unofficial brand. After all, ‘no publicity is bad publicity’ as the saying goes. Some may therefore still feel that it could be a risk worth taking.

And finally, whilst this discussion has centred on the Olympic Games, there are likely to be similar rules and regulations in place for other major sporting events of the summer, such as the Tokyo 2020 Paralympics, UEFA’s Euro 2020 football championships and Wimbledon tennis grand slam competition, and so brand-owners should be equally cautious when considering marketing campaigns that are related, or could be taken to be associated with these and other events.