In recent months, lab-grown meat is getting a lot of attention. As environmental concerns and animal welfare are viewed with increasing importance, and in the face of rising global food costs amid brittle supply chains, many are questioning whether conventional animal agriculture is sustainable. However, it is not only meat which hangs in the balance. The dairy industry is almost as environmentally damaging as beef production and, whilst meat and cheese may be disappearing from leather-bound menus, the covers and the silk tablecloths may not be far behind. Indeed, there are a whole host of animal-derived products for which demand may soon outstrip supply, and it is here that Cellular Agriculture may provide a long-term sustainable solution.

The principles of Cellular Agriculture are straightforward: first, cells producing the desired products are either obtained from nature, or are engineered by introducing genes encoding the synthetic pathway for the desired product into a suitable host cell (typically a bacteria or quick-growing yeast). The cells are then incubated in a bioreactor under favourable conditions so that they proliferate and produce the product in question. The product is then extracted, purified, and processed. The growth and synthesis are fuelled by nutrients in the culture medium, typically plant-derived sugars and starch. This is not so different to rearing an animal on grain feed and, as there is no need to sustain an entire animal whilst it grows and matures, considerable energy savings can be achieved. Whilst already commonplace in the production of industrial enzymes and biologic pharmaceuticals, Cellular Agriculture technology has the potential to provide many different animal products.

Lab grown dairy: the cream of the crop?

In recent years, it sometimes seems like there is a new alternative to conventional cows’ milk appearing on the supermarket shelves every week. Whilst even the smallest shops now stock plant-based alternatives, these share little in common with the real thing beyond their colour. Although whilst milk alternatives can be fortified with vitamins and minerals, providing satisfactory replacements for the milk proteins casein and whey has proved more difficult as there are no non-animal sources of these in nature. Whey and casein not only pack a nutritional punch, but are vital for stabilising the fat-in-water emulsion that gives milk its mouthfeel and cheese its texture and melting properties.

Whilst there are no non-animal sources of casein and whey in nature, these can be grown in a lab using cell culture technology. Perfect Day introduced genes into the yeast Trichoderma reesei which enables it to convert plant sugars into whey and casein, which can be blended with water, vitamins, minerals, and plant-derived fats and sugars to match the proportions in cow’s milk. Interestingly, by shifting the production outside of the cow and into the laboratory, milks can be made with nutritional profiles different to those found in nature. For example, it may be possible to tailor formulations for specialist uses such as baby formula, and high-casein feedstocks for the cheese-making industry. Indeed, cheese is on the menu for Silicon Valley start-up New Culture, who are using similar engineered yeast technology to produce dairy proteins to make cow-free mozzarella cheese that looks, tastes, and importantly melts, like the real thing - properties which rely on the availability of high quality casein.

In the pursuit of authenticity, some companies are taking an approach based around culturing milk-derived mammary cells in vitro. This technique essentially grows a mammary gland in the lab which, when prompted to lactate, produces milk indistinguishable from that made by cows. As cattle farming is notoriously environmentally damaging, and as cows are relatively inefficient at converting feed into milk calories, significant reductions in impact are possible through this method.

One remaining hurdle for would-be dairy labs is one of image. Consumers may be sheepish about consuming “artificial” products, whilst vegans and others who avoid dairy products for environmental or ethical reasons could be turned off by “animal derived” proteins. However, this is not a new concern. Tinned and frozen foods were viewed with suspicion when first introduced, but eventually became normalised as their prices fell, and as consumers became more familiar with them and their branding. As cultured meat becomes more commonplace, and as conventional agriculture is placed under increasing strain by climate change and growing global demands, we might expect lab-grown foods to undergo a similar process.

The rough and the smooth - leather and silk.

Humans have been using animals for fabrics for nearly as long as they have been raising them for food. Whilst many common textiles are derived from plants or hydrocarbons, animal textiles have particular properties which, for particular applications, are hard to beat.

Whilst many synthetic textiles have tried, the strength, elasticity, durability and softness of natural silk (derived from the chrysalis of the silkworm Bombyx mori and, to a lesser extent, certain species of spider) remains unrivalled. These properties come at a high price however, putting silk beyond the means of many consumers. Furthermore, some view natural silk as unethical as the harvesting process is lethal to the silkworm, and as the cannibalistic nature of spiders makes their silk commercially unviable. Silk owes its extraordinary properties to the proteins fibroin, which forms the structural centre of silk fibres, and serecin, which essentially serves as a sticky “glue” surrounding the fibroin strands. By introducing genes from spiders for producing these proteins into yeasts, Bolt Threads are able to produce these silk proteins at scale, which may be used in cosmetics, or processed and spun into silk threads dubbed MICROSILKTM. The consistency, high quality and sustainable credentials of MICROSILKTM have caught the eye of the fashion world, with Bolt Threads partnering with designer Stella McCartney for a series displayed at New York’s Museum of Modern Art in 2017, before becoming a silk supplier to her high-end brand. Similarly, Japanese company Spiber Inc. have partnered with The North Face and couture fashion designer Yuima Nakazato, who have used their proprietary Brewed Protein™ for limited release and runway collections. Whilst lab-grown silk has begun making inroads in the luxury market, if production can be effectively scaled up we might see the prices of silk fall to levels where it becomes viable for use in applications such as safety and active-wear aimed at the retail market.

Like silk, leather is widely used for its hard-wearing toughness, and is embraced by the luxury fashion industry. However, conventional leather can be unsustainable, as animal rearing and toxic waste from the tanning process both have significant negative impacts on the environment. Existing alternatives such as PVC and polyurethane “pleather” lack the strength and durability of real animal skins, and are plastic and petroleum-based and thus not eco-friendly either. In order to overcome this hurdle, VitroLabs Inc. have developed a process for growing natural leather in the lab. Bovine stem cells are obtained from a living cow through a harmless, one-time biopsy sample. The cells are then grown in a bioreactor before harvest and processing. Under optimal conditions, useable quantities of leather can be produced in a few weeks, as opposed to the several years required with an animal, and the tanning process can be streamlined. Not only does this reduce waste, production time frames and the environmental footprint, but it provides a more consistent product. Whilst the first products made from VitroLabs leather are expected to hit the shelves in 2021, the company has already garnered investor interest. In 2019, Agronomics Ltd. acquired a $1.5 million subscription of VitroLabs Inc., and increased its investment in February 2020.

A different approach, as taken by Modern Meadow, is to use DNA-editing to engineer yeast cells to produce collagen (the main component of leather), which can be used to “biofabricate” an entirely cow-free leather. A t-shirt incorporating panels of this biofabricated ZoaTM leather was displayed at MoMA as part of the 2018 “Items: Is Fashion Modern?” exhibition, alongside a MICROSILKTM dress, and Modern Meadow were recognised with a Technology Pioneer award issued by the World Economic Forum in the same year.

It seems possible that, as lab-grown leather improves and becomes a viable and affordable substitute, public perception may turn against genuine animal hides in much the same way as it did against fur. However, cultured leather may one day go beyond mere imitation. As it is unconstrained by the size and shape of the animal hides, the leather of the future could potentially be grown to any size or shape. This could be used to produce large sheets that would otherwise require seams, to form extra-thick sections of protective clothing, or moulded into irregularly shaped pieces for footwear or upholstery.

Cellular Agriculture has the potential to provide secure supply chains of countless animal-derived products in a rapidly changing world. The major challenge will be shifting production to the industrial scale. In addition to the core technologies of synthesising proteins or building blocks in culture, technical hurdles in optimising the culture medium and hosts for large-scale production, extracting and purifying milk products from the system, maintaining quality control, and developing suitable bioreactors will have to be overcome. However, whilst these steps pose significant challenges, they also present opportunities for inventors and investors.

Mewburn Ellis have written on the kinds of patent claims we might begin to see here, and in a rapidly developing field such as Cellular Agriculture, key patents on common platform steps could allow early operators to quickly become dominant in the field. Furthermore, companies with expertise in industrial fermentation could diversify into the Cellular Agriculture space through leveraging their existing IP portfolios. 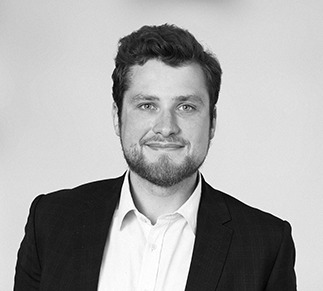 Positive feedback on oral proceedings in oppositions carried out by videoconference