Biomarkers are measurable indicators of health or disease and the detection of biomarkers in liquid biopsy samples is proving to be a powerful diagnostic tool in the field of oncology. In particular, a blood test may be used to detect a biomarker in place of a traditional tissue biopsy. An application of this minimally invasive technique that is of particular significance is in the early detection of cancers.

Fragments of DNA are known to circulate within the bloodstream as cell-free DNA (cfDNA). In cancer patients, a small portion of this exists in the form of circulating tumour DNA (ctDNA). Although only present at very low levels, these fragments of circulating DNA present an opportunity for cancer screening, potentially at an early disease stage, without the need for invasive tissue biopsy procedures.

Much of the earlier work carried out on cfDNA and ctDNA has focused on detecting mutations in the genome which is encoded by the four canonical DNA bases. However, in recent decades there has been emerging evidence that an extra layer of information is present within the epigenome as modified DNA bases, which can be indicative of disease states. Changes in the epigenetic landscape can be a hallmark of a variety of cancer types, and often precede changes in the genome. DNA methylation is one epigenetic modification that has emerged as a biomarker which is increasingly utilised in third-generation liquid biopsy methods.

Recent work reported in a pre-print by Walker et al. demonstrates that a further epigenetic modification, DNA hydroxymethylation, has the potential to be a powerful biomarker that can be accurately detected by liquid biopsy and used for early cancer screening.

The work by researchers from Cambridge Epigenetix explores the potential of using DNA hydroxymethylation profiling for the detection of colorectal cancer. Hydroxymethylated DNA is generally present in low abundance in the human genome, with the profile of this modified DNA base within the “hydroxymethylome” undergoing changes during the early stages of cancer.

A major difficulty in the development of liquid biopsy tests is that the levels of DNA circulating within blood is very low. Therefore, the amount of a sample that can be collected from a patient is limited. Together with the low abundance of epigenetic biomarkers within these small samples particularly in the early stages of disease onset, the ability to accurately detect this type of biomarker is technically challenging.

To address these challenges and harness the potential of hydroxymethylation signatures in cancer diagnostics, the researchers here have developed new technology that utilises whole-genome DNA sequencing to reliably detect DNA hydroxymethylation in blood samples using as little as 5 nanograms of cfDNA. The sequencing data is then processed by machine learning classification with the goal of automatically sorting cancer-positive samples from cancer‑negative samples.

Sequencing data collected in this way was then used to train a machine learning support vector machine (SVM) model to distinguish between colorectal cancer (CRC) samples and control samples. Applying the trained classifier to an unseen test set, the authors go on to show that 55% of CRC-positive samples are correctly identified at a specificity of 95%. The performance of the classifier was found to be similar across all cancer stages and was robust even when the fraction of ctDNA was low, suggesting the potential application of this technology in the detection of early-stage CRC. Moreover, the overall performance of the method was comparable to previously reported methods including those focusing on detecting genomic mutations and DNA methylation.

Analysis also showed that the sensitivity of the method can be further improved when the classifier was trained using hydroxymethylation data in combination with orthogonal data based on other biomarkers collected from the same samples. The authors thus suggest that hydroxymethylation can be included as one of the targets within multi-analyte screening methods to improve the sensitivity of diagnostics for early-stage cancers.

This innovative work demonstrates that DNA hydroxymethylation can be a powerful biomarker with potential for enhancing the performance of diagnostic tools. The significance of DNA hydroxymethylation as a hallmark of cancer has been gaining attention in recent decades and the ability to accurately distinguish between this epigenetic modification and other types of DNA modifications including methylation, as well as unmodified DNA, is a promising development in the field of oncology.

One of the main challenges in realising the potential of liquid biopsies in early cancer detection is the low level of biomarkers present in circulating DNA. However, innovative detection methods are being developed with ever-increasing sensitivity. Trials for a liquid biopsy test based on detecting epigenetic changes in the DNA methylome has recently been launched by the NHS, which aims to screen for over 50 types of cancer using a single blood test. The discovery of further epigenetic biomarkers, together with the development of sensitive detection methods, holds promise in enabling early diagnosis in oncology. 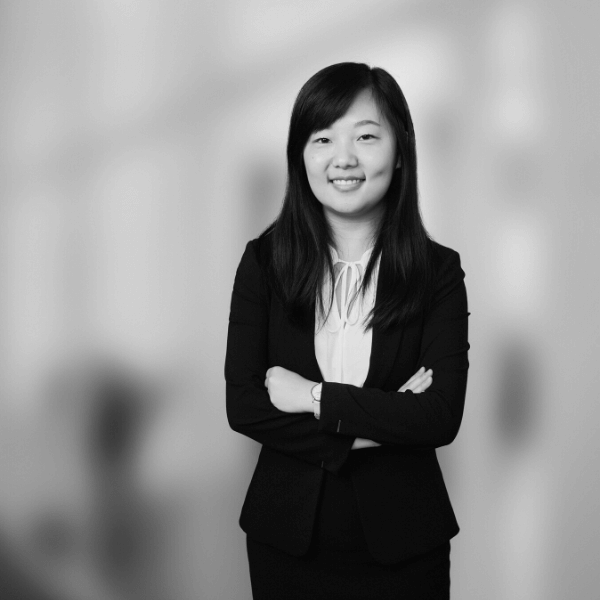