On 7 June 2021, the UK Intellectual Property Office (UKIPO) launched its consultation on the UK’s future exhaustion of IP rights regime. From 31 December 2020, Brexit and the IP Completion Date, the UK’s participation in the European Economic Area’s (EEA) regional exhaustion regime became unilateral. This consultation is designed to identify the most suitable replacement exhaustion regime for the UK.

This unilateral application of the EEA’s exhaustion regime means that goods placed on the market in the EEA can then be parallel imported into the UK without the consent of the rights holder (because the rights have been exhausted), but when it comes to exporting goods placed on the market in the UK into the EEA, this cannot be done without the rights holder’s consent because the IP rights in those goods are not considered exhausted in the EEA. In other words, there is a lack of reciprocity and, as a result, a lack of balance in the exhaustion regimes.

What is Exhaustion and what is Parallel Trade?

Parallel trade happens when goods that have been sold at a low price elsewhere in the EEA are then reimported by unconnected distributors to compete with domestic products. This happens particularly where the products are sold at a higher price on the domestic market. The ability to conduct parallel trade is a keystone of the operation of the European Union’s (EU) Single Market.

The combination of IP right exhaustion and its corresponding application in parallel trade, has the effect of balancing the limited monopoly created by IP rights and encouraging competition within the EEA.

Ultimately this system of checks and balances is designed to incentivise technological developments for businesses, while also promoting competitive marketplaces which benefit the consumer.

The UK has been in an unusual situation since our departure from the EU and EEA, because it is operating a hybrid exhaustion regime which has developed more from circumstance rather than deliberate, intentional design. The UKIPO is therefore keen to identify assess the perceived pros and cons of the current regime as well as three additional proposed alternatives through this consultation.

The UKIPO launched its consultation on 7 June 2021. It will be looking for responses from a range of businesses and consumers. The consultation in particular asks businesses to consider how they are impacted by parallel trade, the value and scale of parallel trade, and will also be collecting data on perceptions of the alternative exhaustion regimes, including their costs, benefits, opportunities and risks.

Under this option, the UK would make no change to the current situation with the result being that the rights holder will need to give consent before the goods can be imported into the EEA.

If the UK decides to go forward with this option, other EEA member states will have the option (but not the obligation) under TRIPS to choose to reciprocate by recognising exhaustion on placing goods on the market in the UK which would then enable parallel imports from the UK. We could therefore end up with a patchwork of countries that recognise or do not recognise exhaustion of goods placed on the market in the UK.

Under a national exhaustion regime, the IP rights in goods placed on the market anywhere other than the UK would not be deemed to be exhausted. This means that in order to import goods into the UK from anywhere in the world, the importer would have to secure the permission (i.e. a licence) from the rights holder. A national regime would effectively prohibit on parallel imports into the UK.

A national regime would give rights holders greater distribution and pricing control over their goods However, UK businesses which rely on foreign imports (both parallel imports and otherwise) may find it more challenging to source necessary supplies which could interrupt their operations. Even if supplies are still available, the range of choice might become limited, which could lead to increases in costs.

In any event, this option would be incompatible with the Northern Ireland Protocol (which permits the free movement of goods from the EU, including the Republic of Ireland, into Northern Ireland) and thus is being included by the UKIPO only for the “sake of completeness”.

In practice, an international regime would allow the import of goods from anywhere in the world into the UK without reference to the relevant rights holder. This would reduce the control the rights holders have over their products and, therefore, potentially the value of those rights.

While it is considered that this level of unrestrained movement could have a negative impact on rights holders, it might also lead to an increase in product choice and competition within the UK, which could translate to positive benefits for consumers.

Conversely, the loss of control on the part of the rights holders may also pose risk for consumers, in respect of product quality and safety, which would then need to be addressed by the introduction of additional regulatory requirements.

A mixed regime– as the name suggests – sits somewhere between a national and international regime and combines elements of both, applied across specific sectors or IP rights. Exactly what this combination looks like depends on the approach and design of the regime and can be very specifically tailored to protect and encourage certain sectors.

It is difficult to anticipate the impact of an unknown mixed regime. However, it is anticipated that businesses would likely face additional challenges and costs in interpreting and becoming compliant with a mixed regime, in contrast with either international or national options. Similarly, the administrative burden of enforcing and regulating a bespoke regime is also likely to be higher than either an international or national regime.

Businesses can submit their opinions and thoughts on the consultation by completing the “Response Form for the UK’s Future Exhaustion of Intellectual Property Rights Regime Consultation”. 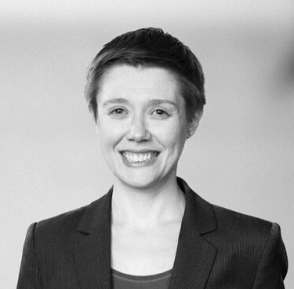