Under EU law, protected designations of origin (PDOs) and protected geographical indications (PGIs) are protected against a variety of misleading behaviours, including:

Evocation is the area where we have seen some of the most interesting cases over the past few years. It is also the area which appears to be developing most significantly. This blog post looks at some key cases of evocation and considers how the law in this area is likely to continue to evolve.

In 2016, The Yorkshire Provender Limited (‘Yorkshire Provender’) applied to register the mark YORKSHIRE PROVENDER as an EU trade mark in respect of various products, including dairy products; preserved, frozen, dried and cooked vegetables; processed vegetables; and jellies, jams and compotes. The EUIPO rejected the application, arguing that the mark contains the designation YORKSHIRE, which is a significant part of the protected geographical indication Yorkshire Wensleysale and the protected designation of origin Yorkshire Forced Rhubarb. 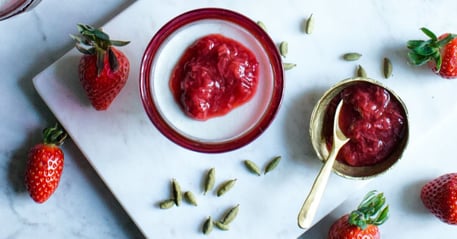 The Yorkshire Provender Limited applied to register the mark
YORKSHIRE PROVENDER as an EU trade mark in respect of
various products, including jellies, jams and compotes.

Yorkshire Provender appealed the decision. However, in January 2018, the EUIPO Board of Appeal concluded that the presence of the word YORKSHIRE in the mark YORKSHIRE PROVENDER is sufficient to evoke, in the minds of a significant proportion of the English-speaking public, the PGI Yorkshire Wensleysale and the PDO Yorkshire Forced Rhubarb, not only for identical but also comparable products (Case R674/2017-1).

This case serves as a helpful reminder that the key to evocation is whether, when the consumer is confronted with a trade mark or other sign on identical or comparable products, the image triggered in his or her mind will be that of the product whose designation is protected. A likelihood of confusion is not required; it is sufficient that there is an association of ideas regarding the origin of the products.

Les Grands Chais de France SAS applied to register their NOSECCO label mark in the UK in respect of non-alcoholic wines. The Consorzio di Tutela della Denominazione di Origine Controllata Prosecco, an association established to protect the use of the PDO Prosecco, filed an opposition. The UKIPO upheld the opposition on the grounds that the use of the mark was contrary to EU law, as it evokes the PDO Prosecco, and that the mark was of such a nature as to deceive the public. 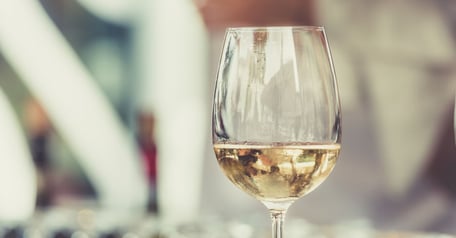 The High Court dismissed an appeal by Les Grands Chais de France, finding that the UKIPO was entitled to reach the conclusion it had. Evidence of consumer comments on social media, such as "This is the best no-alcohol prosecco I've tried" and "Did you know there's a non-alcoholic prosecco, it's called Nosecco" was considered evidence strongly supporting a conclusion that the mark evokes the PDO. The court commented “what is significant is that they refer to Nosecco as a non-alcoholic version of Prosecco. That is evidence that directly shows consumers establishing a link between the disputed designation and the protected name… It seems to me a plain case of the one evoking the other”.

Whilst the decision in the NOSECCO case does not seem that surprising, there have been some high profile cases which extend the application of evocation even further.

In June 2018, the CJEU considered an objection by the Scotch Whisky Association to whisky produced in Germany and marketed under the sign Glen Buchenbach. It held that an evocation of a geographical indication can occur even when there is no visual or phonetic similarity between the disputed sign and the GI (Case C-44/17). 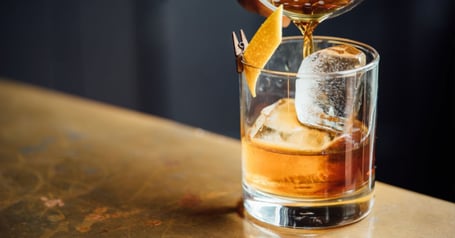 The CJEU considered an objection by the Scotch Whisky Association to whisky
produced in Germany and marketed under the sign Glen Buchenbach.

Applying this guidance, the District Court of Hamburg subsequently concluded that Glen Buchenbach did not constitute an evocation of the protected term Scotch Whisky, because there is no conceptual proximity between the name and the protected geographical indication Scotch Whisky. Glen could not be used as a synonym for Scotch Whisky and would also not describe the term.

Nevertheless, the Court still found in favour of the Scotch Whisky Association as it concluded that use of the term Glen is a misleading indication, liable to convey a false impression as to the product’s origin. Read more here: Glen Buchenbach - Scotch whisky?

In the case of QUESO MANCHEGO, the CJEU confirmed that evocation can be the result of imagery not just words.

Queso Manchego is a PDO that covers cheese made in the region of La Mancha in Spain. Industrial Quesera Cuquerella SL (‘IQC’) was marketing cheeses using imagery resembling the character Don Quixote de La Mancha, a bony horse and landscapes with windmills and sheep. The Foundation responsible for managing the PDO Queso Manchego, brought proceedings in Spain seeking a declaration that IQC’s cheese labels constituted an unlawful evocation of the Queso Manchego PDO. 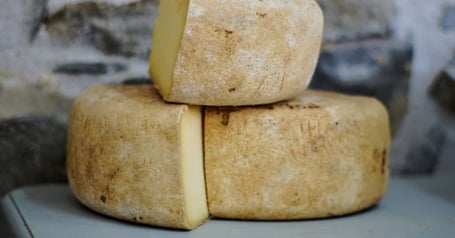 The Foundation responsible for managing the PDO Queso Manchego,
brought proceedings in Spain seeking a declaration that IQC’s cheese labels
constituted an unlawful evocation of the Queso Manchego PDO.

In reply to queries raised by the Spanish Supreme Court, the CJEU held that a PGI or PDO may be evoked through the use of imagery as well as words; the national court will simply have to satisfy itself that the figurative signs are capable of creating conceptual proximity with the PGI / PDO, such that the image triggered directly in the consumer’s mind is that of the product protected by that PGI / PDO (Case C-614/17).

Subsequently, the Spanish Supreme Court concluded that there had been evocation, demonstrating the very broad protection afforded to geographical indications within the EU.

MORBIER – The Future of GI Protection?

A further case on the subject of evocation is currently pending before the CJEU.

Morbier is a PDO for cheese that has a continuous horizontal central black stripe. In 2013, the Association of producers of the PDO Morbier brought proceedings against Société Fromagère du Livradois in France, alleging infringement of the PDO through production of a cheese that has a similar visual appearance. The Association specifically demanded that the defendant cease use of a black line separating two parts of the cheese.

The French Court of Cassation has now sought guidance from the CJEU (Case C-490/19) on whether the shape and appearance of a product, such as a horizontal black stripe inside a cheese, falls under the scope of evocation of a PGI / PDO.

Looking back at how case law on evocation has evolved over the past few years, it seems likely the CJEU will find that the shape and appearance of a product will constitute evocation if there is sufficient conceptual proximity with the PGI / PDO that the image triggered directly in the consumer’s mind is that of the product protected. If so, the decision will be a further important precedent in determining the scope of protection for geographical indications. Indeed, some may question if there is any limit on what can result in evocation.

Following Brexit, the UK government set up its own GI schemes and new GI logos were launched. Read more in our blog Signs of quality – EU and UK geographical indication (GI) logos.