Human health is inextricably linked to food – not least because eating a healthy diet is known to protect against noncommunicable diseases such as cancer, diabetes, heart disease and stroke. However, the interaction between humans and our sources of food also has significant implications for the spread of communicable diseases.

As the COVID-19 virus SARS-CoV-2 began its ravaging journey across the globe, the attention of the international community was drawn to one such ‘wet’ market in the city of Wuhan, where a cluster of the first COVID-19 patients were identified. Although it is now understood that the COVID-19 pandemic did not begin in this market, it is undeniable that the origins of the pandemic do lie in an interaction between humans and infected animals.

Animal diseases as a threat to human health

This phenomenon – known as “zoonosis” – is not new. Wild animals act as “reservoirs” of diseases which are capable of infecting humans, either directly or through contact with livestock. Wherever there is extended contact between humans and animals, there is a risk of diseases jumping back and forth between species, increasing in virulence as they do, until a strain emerges with the potential of spreading exponentially through the human population. Notably, rats and their fleas were responsible for spreading the black death through Europe and Africa in the mid-14th Century. HIV is believed to have jumped to humans in Africa in the early 1900s, from monkeys infected with the related simian immunodeficiency virus (SIV) that were slaughtered for their meat. Variant Creutzfeldt–Jakob disease (vCJD, or ‘mad cow disease’) is a neurodegenerative disease originating in cattle, and is responsible for killing 177 people in the UK between 1994 and 2014. Whilst the origins of the 1918 influenza pandemic remain the subject of debate, one hypothesis traces the outbreak to a military hospital camp in France, where the virus made the jump from poultry, to pigs, to soldiers, who proceeded to spread the virus on their return home. In more recent history, the influenza viruses H5N1 (bird flu) and H1N1 (swine flu) too found their origins in animals slaughtered for the preparation of food. It appears that, whenever the next pandemic emerges, it will more likely than not be traceable to a source within the animal kingdom.

Notwithstanding the risks posed by new zoonotic diseases, the World Health Organisation (WHO) also estimates that common food-borne pathogens including Salmonella enterica, Listeria monocytogenes, Shigella dysenteriae and toxin-producing Escherichia coli strains are responsible for 420,000 deaths worldwide each year, including 125,000 deaths each year in children under 5 years of age. The risk of infection by food-borne pathogens is exacerbated by intensive farming and the widespread use of antibiotics in food producing animals. A growing body of evidence suggests that the use of antibiotics in farmed animals is tightly associated with antibiotic resistance in humans, which not only poses a major threat to human life but could make combating future pandemics more challenging (see our blog AMR - a global threat).

There are many options for reducing exposure to these sources of infection. For example, care should be taken to ensure that only healthy animals (such as farmed and not wild animals) are slaughtered for food. The number of people involved in the practice food preparation should also be limited, and as far as possible, close contact between animals and humans should be avoided. In addition, the WHO is leading multiple initiatives to reduce the use of antimicrobial drugs in food producing animals, stating that “Antibiotic resistance is one of the biggest threats to global health, food security, and development today”.

It is therefore clear that a wide variety of zoonoses and food-borne pathogens may be transmitted between infected animals and humans during the handling, slaughter and preparation of food, as well as in live markets where animals are sold, and that these pose a significant threat to human and animal health. However, recent developments in how we produce food may be able to reduce these risks, whilst simultaneously increasing yield and sustainability. It all begins with removing contact with animals altogether.

Could future food technologies play a role in our fight for food safety?

Cellular agriculture involves the manufacture of food products from isolated animal cells (biopsies), which are cultured in vitro (in a lab), rather than from the slaughter of animals (see our blog Is the future of meat animal-free?). This emerging biotechnology is underpinned by advances in multiple fields, with developments in tissue and bioprocess engineering, synthetic biology and materials science paving the way for new opportunities in this field.

One recent report suggests that up to 5000 kg of beef could be produced by cellular agriculture from a single 0.5 g biopsy, roughly equivalent to the amount of meat conventionally derived from the slaughter of 20 cows. With repeated biopsy sampling over the lifetime of a donor animal, it is envisaged that this process could then be extended so that cells isolated from one donor animal are used to replace the slaughter of 400 cows. Given that cellular agriculture takes place in a sterile environment, contact between humans and animals is avoided. In addition, the risk of bacterial contamination of food (for example, by contact with animal faeces) is also minimised. Cultured meats are therefore considered to be far safer alternatives to conventional meat products, at least with regards to the risk of food-borne infection and the spread of zoonotic diseases.

Plant-based meat analogues (PMBAs) provide another opportunity to tighten the biosecurity of our food chain (see our blog More like the real meal - alternative plant-based proteins). PMBAs are designed to mimic the sensory characteristics of, and have a similar nutritional profile to, conventional meat products. A recent study sampling the bacterial flora of PMBAs for sale on the Belgian market revealed that significantly fewer bacteria were found in these products when compared to conventional animal-derived meats. When investigated further, the authors discovered that most of the bacteria isolated from PMBAs belonged to the strain Lactobacillus sakei, a so-called ‘probiotic’ bacteria commonly found in fermented food products such as kimchi and sauerkraut. With these data in mind, it is clear that PBMAs present a safe alternative to conventional meat products, with the benefits extending beyond even cultured meat products, as animals are totally eliminated from the PBMA food production process.

As society re-considers its sources of food, and as consumers reduce their consumption of conventional meat products, plant engineering technologies are also likely to contribute to the safety of our food chain (see our blog Outstanding in the field - Biotechnology and the search for improved crops). Scientists and plant breeders are driven to identify new methods of breeding crops with improved yield, nutritional value, and climate resilience. Developments in computational biology and gene editing (such as CRISPR technology) are making this process easier than ever before. Advances in this field are likely to improve food security by contributing to the diversification of food sources – as engineered or selectively bred crops become a more ‘stable’ and attractive source of food, particularly in regions of adverse weather. This would significantly reduce the reliance of populations in these areas on farmed and wild animals as sources of food products.

Furthermore, recent developments in the field of molecular biology hold great potential to improve conventional farming practices. For example, there is mounting interest in the use of bacteriophage therapy (naturally occurring viruses which infect bacteria) as an alternative to the use of antimicrobial drugs in farmed animals (see our blog Infecting the infection to tackle the rise in chemical antibiotic resistance). Advances in veterinary vaccine research may also play a major role in avoiding the need for any therapeutic treatment of infection in farmed animals (see our blog Vaccine platform technologies to combat emerging infectious diseases). In these nascent fields, early innovators could leverage a robust IP portfolio into a lasting advantage, especially if use of their technology platforms becomes necessary for regulatory compliance.

Future foods are an area of great innovation, where entrepreneurs, start-up businesses and their ‘disruptive technologies’ have the potential to make great progress to market. These advances offer many new and exciting opportunities to diversify our sources of food, whilst providing consumers with a greater freedom of choice than ever before. A shift away from conventional meat products would also act to protect consumers and food producers from the risks of acquiring an infectious disease – a significant and underappreciated benefit in a volatile world. 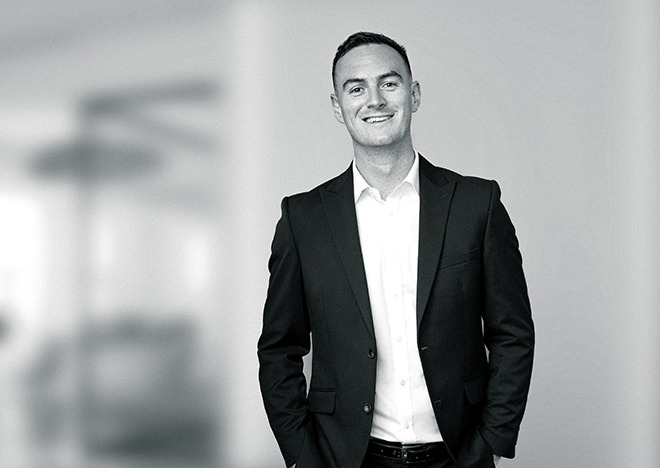 Samuel is a trainee patent attorney in our life sciences team. He completed his Ph.D. studies at King's College London. His research focused on mechanisms of sterile inflammation, specifically investigating how leukocytes may act as key drivers of this process in the context of myocardial infarction (MI) and deep vein thrombosis (DVT). Samuel graduated with a B.Sc. in Pharmacology from King's College London, winning the Robin Hoult Prize for ‘Best Overall B.Sc. Student' and the British Pharmacological Society Undergraduate Pharmacology Prize.
Email: samuel.hart@mewburn.com
Comments