Outstanding in the field - Biotechnology and the search for improved crops

At a time that the media is saturated with COVID-19 news, it can be easy to lose sight of other global challenges. The world’s population is projected to hit 9.7 billion by 2050 and it has been estimated that food production needs to increase by 25-70% in order to meet this growing demand. However, yields have been stagnating in the face of extreme weather conditions, range changes of pests and pathogens, and loss of arable land to erosion, pollution and increasing salinity. In light of global climate change, all these issues are expected to worsen in the mid-term.

Faced with intense pressure to increase productivity, scientists and plant breeders are increasingly looking at engineering improved crops. This article explores some of the technological advancements in the past decade which have the potential to contribute greatly to development of improved crops.

Computational biology and the age of ‘Omics’

In the last few years, the costs associated with DNA sequencing have reduced considerably, and software for analysis of big data have matured such that next generation sequencing analysis can now be performed on a personal computer. This has enabled researchers to identify genes involved in responses to stresses such as drought, pests, and pathogens. The accessibility of sequencing data can help understand how crops changed during domestication, or identification of natural variation between hundreds of crop varieties. This allows the utilisation of genetic resources by identifying alternative alleles from wild relatives of crop plants, or within germplasm libraries, as targets for breeding desirable traits.

Combining genomics with other high-throughput approaches helps us understand crop proteomes, transcriptomes and metabolomes. Collectively, these “omics” approaches can allow us to understand important agronomic traits such as flavour and sugar or oil content. How these change in response to the environment is also important since a ‘one size fits all’ strategy is unlikely to be successful in the face of different climate zones and socioeconomic conditions.

This knowledge is feeding into several techniques such as generating DNA or protein markers for ‘marker assisted breeding’, a now commonly used means of tracking the genetic composition of seedlings during development of new varieties. Tracking the passage of markers relating to target genes reduces both time and costs compared with traditional approaches. Similarly, ‘genomic selection breeding’ (sometimes described as an upgraded form of marker assisted breeding) can reduce the time taken for development of new varieties by using all of the available genetic information to predict which plants harbour advantageous traits. Genomic selection breeding can work better than marker assisted breeding as it allows integration of traits that are controlled by large numbers of genes. Development of new technologies that improve genotyping by sequencing, such as Diversity Array technology (DArTseq) provides an opportunity for expansion of IP in this area.

‘Omics’ approaches can also be used to identify candidate targets for gene-editing. Site-directed nucleases allow for precise manipulation of crop genomes by cleaving DNA at specific locations, allowing targeted mutagenesis of genes (potentially without insertion of foreign DNA unlike when using viral vectors) or in some cases, can be used to insert DNA at prescribed locations in the genome. A notable example, RNA-guided CRISPR technology has been exploding since 2013 and plant science is no exception. In crop biotech, CRISPR could be used to, for example, cause a mutation that disrupts a gene with an undesired property or to modify a region that regulates gene expression, potentially vastly reducing time to breed an improved crop cultivar.

Engineering plants: from the lab to the field

So what is the potential for these technologies?

Using marker aided selection to screen germplasm libraries for tolerance to various biotic and abiotic environmental stresses allows plant breeders to identify traits for precision breeding. These techniques have been used to generate zinc-fortified rice varieties, a major boon in developing countries where polished rice is a staple food and zinc deficiency commonplace. US-based agritech business HarvestPlus have employed germplasm screening to increase zinc and iron levels in maize, beans, wheat, millet and cassava. This is potentially a major boon in developing countries where staple foods make up the majority of the diet and micronutrient deficiencies are commonplace, and has implications not just for human nutrition but in the animal feed and biofuel sectors, where fewer regulations could allow breeders to bring crops to market more rapidly.

More direct engineering of crops is possible through genetic modification (GM), wherein new genes are introduced into a plant. The first commercial GM food granted a license for human consumption in the 1990s was the Flavr Savr – a tomato with delayed ripening (and hence increased shelf-life) due to insertion of an antisense gene that interferes with cell wall degradation. GM techniques have subsequently been used to introduce many valuable traits into crop plants. In particular, GM techniques allow genes to be integrated across species barriers, in order to create plants unobtainable through conventional breeding. For example, the introduction of insecticidal proteins from Bacillus thuringiensis (Bt) has been widely adopted in crops such as corn, cotton, rice and tobacco, and has contributed to a nearly 20% reduction in insecticide use in the US. Similarly, farmers in Bangladesh experienced a >60% reduction in pesticide costs when Bt aubergines were released in 2014. As pesticides are detrimental to environmental and public health, and represent a major carbon cost of farming, reductions in their use can only increase the sustainability of agriculture.

As transgenic technology has improved, it is increasingly possible to insert large synthetic biology (SynBio) clusters into plant genomes. This allows breeders to introduce multiple proteins which cooperate together in a complex pathway. This could allow whole-scale re-design of metabolic pathways for improved efficency, improvements in carbon and nitrogen fixation, and tissue- or stimulus-specific expression of entire suites of genes. One day, it may be possible for bioengineers and plant breeders to combine off-the-shelf SynBio “building blocks” to create bespoke organisms based on local environmental challenges and nutritional demands.

However, plant engineering technologies come with the considerable caveat that public acceptance will inevitably govern market success. For example, it should be considered that public perception and market acceptance may be more positive when genes from wild relatives of a crop species are included, as the product is viewed as more ‘natural’ than using genes from unrelated plants or microorganisms. Nevertheless, almost 200 million ha of GM crops were grown in 2018 (predominantly soybean, corn and cotton).

One aspect that can limit the applicability of GM technologies is that only certain plant species are amenable to transformation. For example, crop transformation using the soil-borne plant pathogen Agrobacterium can be simple and reliable, but is restricted to susceptible host species. For the vast majority of species, recovery of transformed plants can be time consuming and labour intensive, and there remains a demand for improved transformation tools. For example, the recent demonstration that developmental regulators can be used to induce shoots from vegetative tissue could be used to build the transformation platforms of the future. Other areas of interest include development of methods that bypass the need for tissue culture, such as transgenic pollen for heritable incorporation of transgenes. Future technologies that increase transformation efficiency have the potential to be highly valuable, and a well-drafted patent portfolio would provide innovators with leverage across multiple plant species

Another significant hurdle for engineered crops is navigating the legal frameworks of national patent systems and obtaining regulatory approval. Whilst the USDA has a reputation as a relatively friendly environment for transgenic crops, US patent prohibitions against so-called “laws of nature” and “natural products” can limit the abilities of innovators to protect plant-related inventions. Meanwhile, Europe remains a challenging jurisdiction for commercialising novel crop varieties. The 2018 decision by the Court of Justice of the European Union that the products of gene editing are genetically modified for regulatory purposes (even when there is no detectable trace of foreign DNA) has ramifications for development of gene edited crops. Meanwhile, at the European Patent Office, the recent Enlarged Board of Appeal decision G3/19 upheld the prohibition on patenting plants or animals that have been generated exclusively by ‘essentially biological processes’, such as crossing and selection. Perhaps as a result of this relatively hostile environment, at the time of writing only a single type of GM crop currently has EU approval for commercial cultivation. However, it remains unclear whether the UK’s departure from the European Union will result in deregulation in this field. If so, the British market may prove increasingly attractive for companies looking for a foothold on the European continent. Regardless, this highlights the need for careful consideration of how best to protect and get value from plant IP, while navigating the above strict regulatory decisions, especially in Europe.

Plant Biotech continues to present many opportunities for innovators, including technologies to assist with selecting varieties using conventional breeding and transformation technologies. In a complex regulatory environment, and in light of the complexity of patent systems when it comes to plant-related inventions, a robust IP portfolio incorporating patents, trademarks and plant variety rights (PVRs) is essential for would-be innovators.

This blog was co-authored by Sarah Harvey and Andrew Tindall

Andrew is an Associate and Patent Attorney at Mewburn Ellis. He is experienced in drafting and prosecuting patent applications for local and international clients. Primarily, Andrew works with clients who are early innovators in their fields, such as universities and start-ups, and his work covers a range of technical areas. He also has extensive experience with Freedom to Operate (FTO) projects where, in addition to providing infringement opinions and patent landscape analysis, he coordinates teams handling larger projects for multinational organisations. 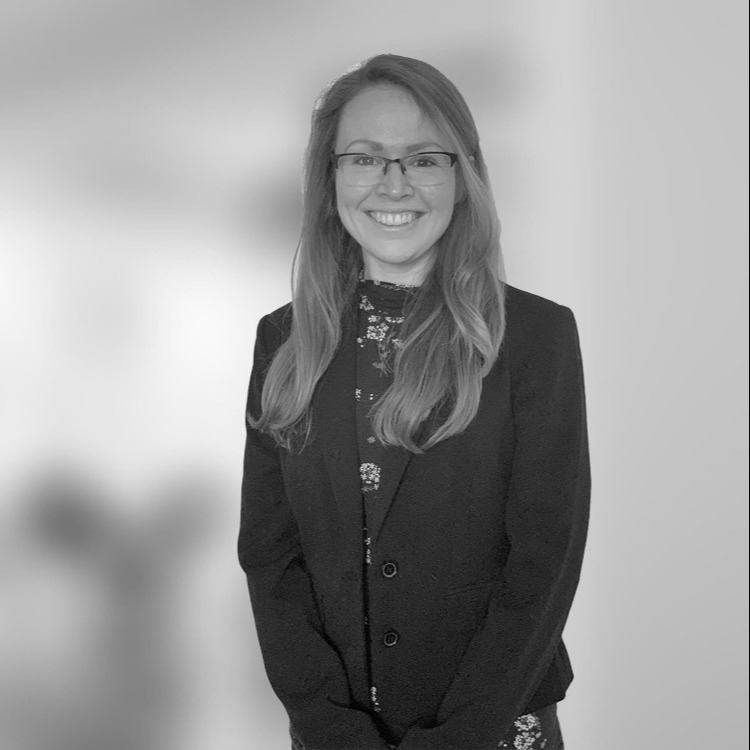 Sarah is a trainee patent attorney working as part of our life sciences team. She has a degree in Biological Sciences from Oxford University. She completed her PhD at Warwick University in plant pathology looking at how pathogen effectors manipulate the plant immune response. Sarah then worked as a post-doc in the Centre for Novel Agricultural Products at York University on plant responses to biotic stress.
Email: sarah.harvey@mewburn.com
Comments

What is Synthetic Biology and why should you care?

Welcome to the market, FMT