Is metformin the key to anti-aging?

By 2050, it is estimated that one quarter of the global population will be over 60 years old. That threatens to be a huge burden on healthcare systems trying to treat age-related diseases. But what if we could “treat” ageing itself to prevent these diseases occurring in the first place?

Ageing and longevity are often used interchangeably, but there are important differences between the two terms. Ageing refers to a multitude of physiological changes that increase in occurrence and severity as we get older, including altered appearance and an increased risk of developing neurodegenerative diseases, cardiovascular disease and many cancers. In contrast, longevity refers to the lifespan of an individual, or their median life expectancy at birth.

There is an increasing shift towards research that focuses on reducing ageing, rather than merely increasing longevity, to increase the time an individual can live without ageing symptoms (sometimes referred to as “health span”). Recently, a clinical trial has begun on a drug that may validate the first ever anti-ageing drug - metformin. This blog outlines how the longevity and anti-ageing effects of metformin may help us combat ageing.

Metformin is a well-established first-line medication for Type 2 diabetes, a common ageing-related disease. It treats diabetes by inhibiting gluconeogenesis – the de novo synthesis of glucose in the liver. It was observed that older diabetic patients treated with metformin had a reduced prevalence of other age-related diseases as well as improved longevity. These beneficial effects of metformin have been widely reported across a range of systems, and some theories of how metformin exerts its anti-ageing effects are outlined below.

The role of metformin in anti-ageing

Ageing is a complex process that is caused by and affects many systems of the body. Metformin affects many of these same systems, which is what makes it such a promising anti-ageing drug. For example, one key hallmark of ageing is the accumulation of damaged and dysfunctional mitochondria. Mitochondria are metabolic hubs, and any dysfunction can have catastrophic effects. Mitochondria house the electron transport chain (ETC), a series of complexes that together are responsible for generating ATP, which is used to power many metabolic processes. Mitochondrial dysfunction can inhibit the ETC and prevent the generation of ATP, with huge effects on metabolism.

One of the key roles of metformin is as a weak inhibitor of Complex I of the ETC. Inhibition of the ETC causes the NADH/NAD+ ratio to increase, and ATP levels to decrease. This leads to increased levels of AMP, which activates AMP-activated protein kinase (AMPK). AMPK is an energy-sensing enzyme and a master regulator of energy metabolism. AMPK signalling pathways are known to decline with age, with deleterious effects on autophagy, cellular stress responses, and inflammation. The activation of AMPK by metformin leads to enhanced antioxidant and anti-inflammatory responses.

Mitochondrial status is coupled to cytoplasmic growth factor and nutritional status by mTORC1 (mammalian target of rapamycin complex I), which stimulates protein and lipid synthesis. This coupling is via AMPK, and mTORC1 is inhibited by an increase in AMP. Therefore, metformin-driven increase in AMP inhibits mTORC1, leading to reduced tumour growth.

Metformin also drives several other anti-cancer effects. For example, metformin reduces the level of circulating insulin, a key part of its anti-diabetic effect. Many cancer cells express insulin receptors, which stimulate the PI3K pathway. Therefore, reducing insulin levels reduces PI3K pathway activation and inhibits tumour growth. The inhibition of mitochondrial Complex I by metformin also has an anti-cancer effect. This leads to a reduction in mitochondrial reactive oxygen species (ROS), activation of the catabolic kinase AMPK and increased tumour cell death. Metformin also upregulates let-7, a miRNA family that degrades H19, a long non-coding RNA that causes aberrant methylation, known to be linked to many cancers.

Another age-related disease that metformin targets is neurodegeneration. Metformin has been shown to improve cognitive function in Alzheimer’s patients, although the precise mechanism behind this is currently unclear. Metformin also alleviates Parkinson’s symptoms by increasing brain-derived neurotrophic factor (BDNF) and glial cell line-derived neurotrophic factor (GDNF). This leads to neuron preservation, reduced inflammation and mitochondrial protection.

Calorie restriction (without malnutrition) has long been known to be effective at extending both lifespan and health span, as well as reducing cancer risk. Interestingly, metformin triggers the same nutrient sensing pathways that are activated by calorie restriction and thus acts a calorie restriction mimetic, without the need to restrict calorie intake. There is also evidence that metformin acts on the microbiome by changing microbial metabolism. The microbiome is disrupted in ageing, although the exact mechanism of how metformin corrects this remains unclear. In addition, metformin reduces the secretion of inflammatory cytokines from senescent cells.

The vast amount of evidence linking the anti-ageing effects of metformin has led the American Federation for Aging Research (AFAR) to launch a series of clinical trials called TAME (Targeting Aging with Metformin) to examine the effect of metformin on ageing in humans. It will study 3,000 people over 6 years and monitor how effectively metformin reduces the onset of age-related diseases.

The TAME study is well under way, but the long-term effects of metformin on healthy non-diabetic humans are not yet known. One study published in Nature Metabolism sought to investigate the effect of metformin in healthy, aged C. elegans and late-passage human cells. They found that commencing metformin treatment in older animals actually reduced lifespan, characterised by metabolic disruption leading to lethal mitochondrial decline, exhaustion of ATP and ultimately in cell death. It is hypothesised this was because older cells have a reduced capacity for the “metabolic plasticity” that is required for the positive effects of metformin.

Despite this toxicity, the beneficial effects of metformin may still be obtained - the study found this toxic effect is reduced if metformin is administered simultaneously with rapamycin. This is an immunosuppressive drug that specifically inhibits mTOR. It was shown to stabilise ATP levels in in vivo experiments in older non-diabetic animals given metformin.

The future of metformin in ageing

Metformin is a well-characterised generic drug which is cheap and displays only mild and well-tolerated side effects. In vivo studies suggest the beneficial anti-ageing effects of metformin seen in diabetic patients may be limited in older non-diabetic patients. However, ATP stabilisers, such as rapamycin, may alleviate this toxicity. The ongoing TAME study is seeking to make ageing an “indication”, much like diabetes or heart disease. If it is successful, it will pave the way for other anti-ageing drugs to be trialled and seek regulatory approval. 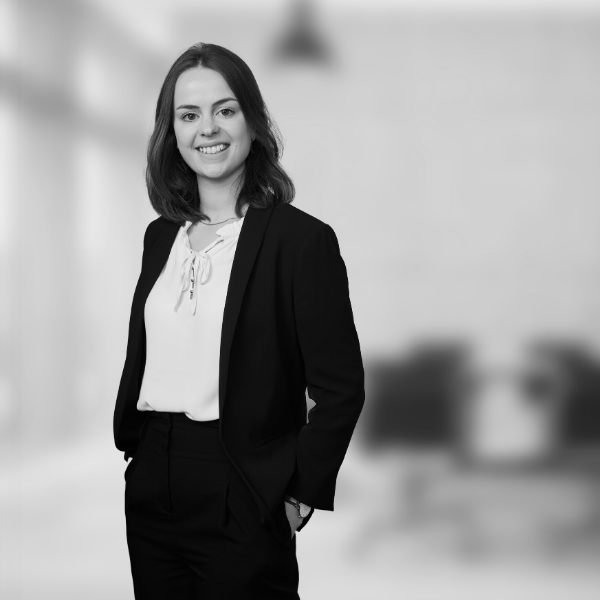 Fay is a trainee patent attorney in our life sciences team. She has an undergraduate BSc degree in Biochemistry from the University of Bristol and a PhD in Biological Sciences from the University of Cambridge. During her undergraduate degree, Fay undertook a one year industry research placement in synthetic biochemistry, developing alternative protein expression systems in bacteria. Her doctoral research focused on mitochondrial dysfunction, particularly mitochondrial metabolism during ischaemia-reperfusion injury and heart transplant. Fay joined Mewburn Ellis LLP in 2019.
Email: fay.allen@mewburn.com
Comments

The surprising world of canine oncology