In 1974, Bob Dylan asked that we stay forever young. Today, exciting developments in the longevity sector may eventually allow us to meet the recently-octogenarian singer's ambitious demand, by slowing, halting or even reversing the effects of ageing and ageing-related diseases.

Ageing is characterised by a progressive decline in physiological function and increase in mortality rate. It is strongly correlated with the onset of cancer, neurological disorders, cardiovascular diseases, and countless other pathologies. Among the several cellular culprits for ageing is the process of cell senescence.

Back in the 1960s, while Dylan revisited Highway 61, microbiologist Leonard Hayflick first proposed cell senescence when he discovered that normal cells seem to naturally reach a limit to the number of cell divisions they undergo - the so-called “Hayflick limit”. This cell division cessation is thought to be a defensive response to environmental and genetic stresses, such as telomere damage from progressive cell division, oxidative DNA damage, and activation of cancer-causing oncogenes.

In some cases, cell senescence is actually beneficial, being a mechanism alongside apoptosis – programmed cell death - that prevents the damaged cell from becoming cancerous. Senescent cells are also thought to be important in wound healing and mammalian embryogenesis.

Unfortunately, cell senescence comes with a pathological side. Senescent cells secrete a sundry mix of biomolecules into their environment - the “Senescence-Associated Secretory Phenotype” or “SASP” - which can destroy or impair function of nearby healthy cells, or even cause them to become cancerous themselves.

Clearly, targeting senescent cells and the SASP could help arrest ageing and age-related diseases, and senolytic molecules are showing promise in these efforts. The idea behind senolytics is to eliminate or reduce the number of senescent cells in the body, thereby avoiding the harmful effects of the SASP. Here, we look at just a small fraction of the many encouraging senolytics already in the pipeline.

Oisín Biotechnologies is taking a gene therapy approach using a DNA construct encoding the “suicide protein” caspase-9, that is encapsulated by a lipid nanoparticle delivery system. While the construct can enter healthy and senescent cells alike, its suicide programme is only activated in the presence of p16, a cell cycle regulator protein that is especially abundant in senescent cells, thus selectively killing the senescent cells while preserving their healthy neighbours. This approach was shown to delay tumour cell formation, while attenuating age-related deterioration of several organs without apparent side effects.

On the other side of the Atlantic, Cleara Biotech are looking at the protein p53, whose apoptosis-inducing ability is suppressed by its interaction with forkhead box O4 protein (FOXO4), which segregates p53 into the nucleus of senescent cells. This interaction can be disrupted by a therapeutic FOXO4 peptide, causing p53 to be released from the nucleus and make senescent cells undergo apoptosis. Experiments showed that this strategy led to restored fitness, fur density and renal function in naturally-aged mice, as well as in fast-ageing mutants.

Coming from an immunological angle, researchers at the Memorial Sloan Kettering Cancer Centre are employing chimeric antigen receptor T-cells (CAR-T cells), which already have broad therapeutic potential (see our blog “Fighting cancer with CAR-T therapies”). In this case, T-cells are engineered to target urokinase plasminogen activator surface receptor (uPAR), a wound healing protein that pervades senescent cells, in order to recruit the immune system against them. This method has seen impressive results, improving survival in mouse models of lung cancer and liver fibrosis. Since uPAR is relatively absent in healthy cells, it is hoped that uPAR CAR-T cells can selectively kill senescent cells while leaving neighbouring healthy cells unharmed.

Many challenges remain in senolytics, such as reducing their toxicity to healthy cells, as well as ensuring that the advantageous aspects of cell senescence, such as tumour suppression, are not diminished.

Nevertheless, the therapeutic and commercial potential of senolytics is clear; in 2021 alone, the size of the anti-ageing market worldwide is estimated at $62.65 billion, a figure that is only expected to increase. Senolytics are but one exciting addition to the arsenal of anti-ageing therapies. For other related developments see our feature “Jim Mellon: the reluctant gradualist taking on ageing” and blogs “Will biomarkers come of age?” and “Is Metformin the key to anti-aging?”.

Bob Dylan also asked “how many years can some people exist?” We’ll see. 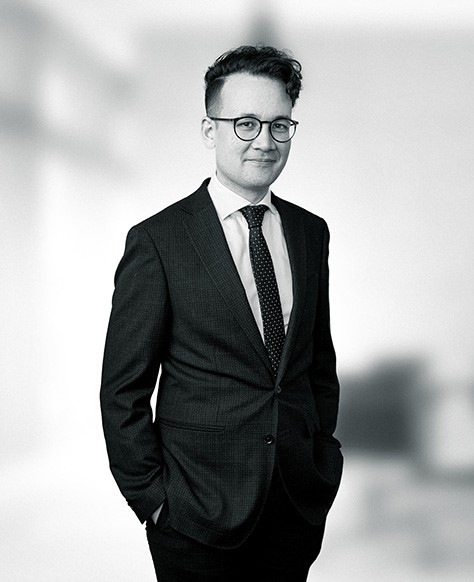 Daniel is a member of our life sciences patent team specialising in biotechnology and pharmaceuticals. He is involved with all stages of the patent application process and has experience of drafting and prosecuting applications in the UK and at the European Patent Office. He also carries out opposition and opinion work. Daniel has a Master’s degree in chemistry and a DPhil in biochemistry from the University of Oxford. He was also a postdoctoral researcher at Harvard Medical School.
Email: daniel.yin@mewburn.com
Comments