As society pushes towards a circular economy, the need for clever and efficient plastics recycling technologies grows ever stronger. Many of the technologies currently in use are tailored or tuned to specific plastics. For instance, typical mechanical recycling techniques require sorting of different plastics, and are only suited to particular types of product with compatible mechanical properties (see our circular economy blogs). As an illustrative example, methods involving shredding machines are fine for bottles, but suffer when plastic films are processed. Similarly, procedures which exploit particular chemical bonding characteristics - such as certain kinds of chemical recycling or enzymatic biodegradation – require that waste plastics have the right kinds of chemical bonds.

Against this background, one “hot” area of innovation that has the potential to provide a more widely applicable approach involves the use of heat energy to split chemical bonds and thereby break down waste plastics. When the heating is carried out in the absence of oxygen, the process is called pyrolysis or thermal cracking. Pyrolysis is not as limited to specific kinds of waste plastics as some other methods, because the heat affects a number of different kinds of chemical bond. Pyrolysis produces a hydrocarbon vapour whose constituents can be separated before being processed further. Typically, the result of pyrolysis is a mixture of gases and a liquid, the latter called pyrolysis oil.

Pyrolysis - a piece of the recycling puzzle

A “one-size-fits-all” approach to recycling plastics seems unlikely, given the huge variations in underlying chemical and mechanical properties. In that case, a variety of different processes will be needed to deal with different waste plastics. Pyrolysis is emerging as a useful piece of the plastics recycling jigsaw.

In general, chemical recycling methods minimise much of the time- and cost- inefficient processes of sorting and cleaning that is often required for mechanical recycling. Additionally, however, pyrolysis-based methods can be used with materials which are unsuitable for other recycling avenues. The range of materials which can be recycled using pyrolysis techniques is becoming increasingly broad. Exemplary polymers which can be broken down using pyrolysis include polyethylene and polypropylene. Polystyrene is commonly considered one of the more difficult-to-recycle plastics, and yet Agilyx and AmSty have announced effective results in recycling it. Agylix Corp’s US 10731080 B1 describes systems and processes for recycling waste plastics using pyrolysis processes particularly suited to recovering styrene monomer from waste polystyrene. Other materials that can be broken down by pyrolysis include rubber from waste tyres: New Energy, who work in this area, have reported an agreement with BASF for use of their technology at a BASF chemical production site.

Significantly, composite materials and mixtures of waste plastics can be processed using pyrolysis-based procedures. Composite materials like plastic-aluminium laminates (PALs) are comparatively challenging for traditional, mechanical-based recycling processes. PALs are typically made up of layers of plastics sandwiching aluminium foil. This makes them relatively lightweight and flexible - attractive qualities for the food packaging industry, and therefore widely used (see more in our blog Compostable packaging – let’s break it down). The gap in PAL recyclability has been at least partially filled by a pyrolysis-based method developed by Enval.

In the Enval approach, microwaves generate the heat needed for pyrolysis. The PALs are shredded then mixed with carbon. The carbon absorbs the microwaves and heats rapidly, and the heat energy passes from the carbon to the plastics. The result of this is that the laminates are split: the plastics break down and form pyrolysis oil, leaving the aluminium unaltered. A key benefit in relation to PALs is that the mechanical operating conditions used by Enval are sufficiently moderate as to allow the fragile aluminium to be recovered intact (they report a purity of over 98% and a minimum metal yield of over 80%) so that it can be directly re-used. The pyrolysis oil is cooled and then ready for further processing e.g. into plastics. We are delighted that Martin Lamb, Chairman of the Board of Directors at Enval, was able to discuss their process in more detail in a recent Forward: Feature Plastics recycling: can microwaves help us clean up our mess?.

Recycling of plastics laminates and complex plastics is also traditionally difficult. However, recycling of these materials – among others - is possible using an approach developed by Recycling Technologies Ltd. Their WO 2014128430 A1 describes a pyrolysis-based process for treating mixed plastic waste to produce a fuel that can be used in the production of electricity. The Recycling Technologies website also reports an output oil called Plaxx that they suggest to use to make new polymers.

As reported by e.g. Biomass Technology Group BV, pyrolysis oil has a variety of potential uses. Two main uses are

It might be imagined that factors such as the nature of the feedstock and the particular pyrolysis conditions could affect the composition of the pyrolysis oil and therefore potential downstream uses. Some companies, such as Brightmark LLC, report that their pyrolysis-based treatments can be used to recycle all types of plastic, and that the output can include diesel and feedstock (naphtha) for new plastics. Their first commercial-scale facility is expected to begin operating sometime this year.

From the perspective of the circular economy, the formation of new plastics from waste plastics could be viewed as being particularly valuable – although this might not necessarily be the case from an economic standpoint. In this context, the quality of new plastics produced from recycled waste plastics is of obvious importance. Significantly, downcycling (where the resulting plastic has lower quality than the original) is not generally observed when pyrolysis-based processes are employed. Indeed, the plastics produced from pyrolysis oil are normally indistinguishable from plastics made using non-recycled starting materials. In contrast, downcycling is more common with typical mechanical recycling processes.

Eastman Chemical Co.’s patent application WO 2021/021902 A1 describes a process for producing polyesters that involves using compounds from a recycle content pyrolysis oil. They recently announced that their Eastman Cristal™ Renew copolyester with 30% certified recycled content is being used in cosmetic packaging. Eastman Chemical Co. also report that they are investing $250million in a plastic-to-plastic recycling facility that is expected to be mechanically complete by the end of 2022. From this it can be inferred that new plastics produced from waste plastics are of a sufficiently useful quality.

Emphasis on the environment

The potential environmental implications for necessitating the use of heat energy to recycle plastics cannot – and should not - be ignored. However, recycling businesses are making strides in their efforts to minimise their impact on climate as well. The Enval process uses electricity to power the generation of microwaves; advantageously, this means that the gas produced during the pyrolysis process can be used to generate the electricity required and/or they are able to make use of renewable energy sources.

Recycling Technologies report that their equipment is designed with the existing mechanical recycling set-up in mind, so that they can improve capacity for each of the mechanical and chemical recycling processes.

Furthermore, both Recycling Technologies and Enval explain that they provide moderately-sized equipment, so that their technologies can be transported to plastics waste rather than vice versa.

While there is a vocal demand for new technologies to solve the global problem with plastics waste, creating the conditions to allow sustainable solutions to find their foothold is a substantial challenge. In particular, whilst there is a mountain of plastic waste being created, actually tapping into a suitable waste stream in order to establish the technology at scale is difficult. And given the low cost nature of plastics, even the best technical solutions will fail unless businesses are able to drive down costs at every step to make recycled plastics a viable alternative to new plastics. There are promising signs that these challenges could be at least partially offset by politicians and law-makers. In some countries, manufacturers and importers of plastic-containing products are being provided with economic incentives to invest in recycling innovations. For example, draft legislation like the UK’s Plastic Packaging Tax, under which plastic packaging will - from April 2022 - be required to contain at least 30% recycled content to avoid a tax bill, might encourage packaging manufacturers and importers to work alongside recycling businesses in their efforts to tackle plastics. By 2030, the EU wants all plastics packaging placed on its market to be reusable or cost-effectively recycled, and to have more than half of plastics waste generated in Europe recycled. It is likely that this will be achieved with the help of economic incentives devised by national governments.

In that light, it is perhaps not surprising that a number of partnerships are emerging with a view to improving the landscape of chemical recycling of plastics. In 2019, Dow and Fuenix Ecogy Group revealed that Fuenix would supply pyrolysis oil feedstock – made from plastic waste – to be used to produce new polymers at Dow’s production facilities. We noted the recent partnership between Tesco PLC and Recycling Technologies to collect a range of difficult to recycle soft plastics like film and bags in 10 of its stores near Bristol and Swindon in another of our blogs, Breaking down barriers to film recycling. And, as recently as February 2021, Enval announced the launch of a joint project with The Kraft Heinz Co. and Sonoco for improving packaging sustainability, among other goals. These are encouraging signs that the goal of a circular plastics economy might not be unreachable in years to come, and we await further developments with optimism.

We explore the EPO report "Patents for tomorrow's plastics" in Intellectual Property Magazine. 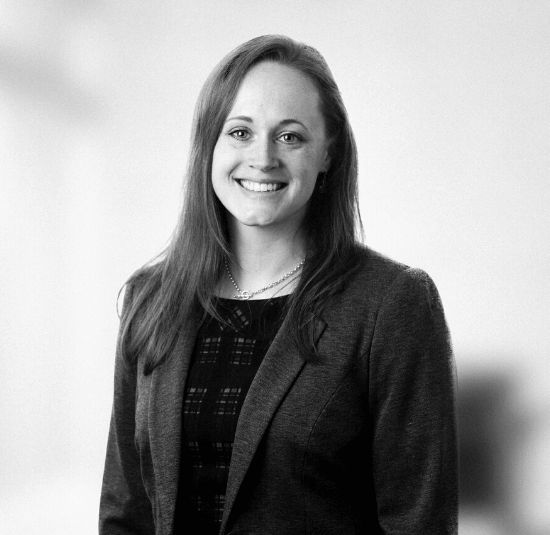 Elizabeth is a member of our chemistry & materials patent team. She handles EP prosecution and opposition work before the EPO. She is experienced in handling worldwide portfolios. Elizabeth has a Masters degree from the University of Oxford (2007). Her PhD research focussed on the organisation of protein biomolecules for the preparation of higher-order inorganic materials and was carried out in the Centre for Organised Matter Chemistry at the University of Bristol.
Email: elizabeth.dale@mewburn.com
Comments