Taking-off into a cleaner future: composites in the aviation industry

As the world gradually returns to its pre-pandemic levels of air travel, the importance of improving the sustainability of the global aviation industry is increasingly appreciated. Furthering its commitment to the Paris Agreement to limit the global temperature increase to well below 2°C in the next century, the UK Government has created the Jet Zero Council and backed the Aerospace Technology Institutes’ (ATI) project FlyZero in a bid to cut aviation emissions. The goal of the Jet Zero Council and FlyZero is to explore the design challenges, manufacturing demands, operational requirements and market opportunity of potential zero-carbon emission aircraft concepts to ultimately position the UK at the forefront of sustainable air flight.

However, the UK is not alone in actively working towards climate-neutral aviation. At the end of 2021, the EU launched the Clean Aviation Joint Undertaking to achieve climate-neutral aviation with zero emissions by 2050. In fact, in order to deliver the required emissions reductions for 2050 climate neutrality, 75% of the global civil fleet will have to be replaced. This is driving intensive research into new aviation technologies to develop a new generation of sustainable aircraft with reduced emissions which can be manufactured at high rates at an affordable cost.

Composites-related technologies using, for example, thermoplastics in fuselage structures, thermoplastics welding, wing box infusion, 3D printing, hot drape forming and many others, are a promising avenue for realising the new generation of aircraft.

The ascent of composites

A composite is a combination of two or more materials with different physical and chemical properties. These materials combine to give a composite material with properties superior to those of the base materials.

On account of their lower cost and relatively easy fabrication, polymer matrix composites are popular in the automotive industry, with plastic and polymer composite automotive products worth up to $20.8 billion produced in the United States in 2019. These composites include glass, carbon and natural FRCs, in which the polymer matrix is a thermoset resin which irreversibly hardens during thermal and chemical curing.

In 2003 Boeing Co. announced plans to use more carbon fibre and other composite materials in place of aluminium on its new 250-seat 7E7 jetliner. This plane would be the first aircraft to feature a fuselage, wings, tail and other major structures fabricated from carbon-fibre reinforced polymer (CFRP), rather than the well-established aluminium. Since then, the aerospace industry hasn’t looked back, with some aircraft now consisting of up to 50% by weight CFRP, for example the Boeing 787 Dreamliner which has a majority of its primary structure (most notably the fuselage) made of composite materials.

In the new era of sustainability, CFRPs and other composites have an important role to play in the transition to climate-neutral aviation. In March 2021, Rolls Royce started building their first UltraFan prototype which will be the world’s largest aero-engine and features what will be the world’s largest fan rotor blades made from CFRP. The engine is expected to be able to power both narrow-body and wide-body aircraft, and to deliver a 25% fuel efficiency improvement compared with the first generation of Trent engine. This superior efficiency can greatly improve the economics of the aviation industry’s transition to 100% Sustainable Aviation Fuels (SAFs) which are generally more expensive. Indeed, Rolls Royce are committed to ensuring that all of their in-production commercial aero-engines are compatible with 100% SAFs by 2023.

The UltraFan boasts carbon fibre composite, titanium-edged fan blades and a composite casing that reduce weight by up to 1,500 pounds per aircraft. Another improvement comes from the use of advanced ceramic matrix composite (CMC) components that provide operational improvements in hot sections of the engine.

However, despite the many advantages that composites offer, such as high strength, low weight and greater freedom for design, there are important challenges which arise compared to aluminium airframes and other metal-formed aircraft components.

It is estimated that on average, an aircraft is struck by lightning once every 1000-3000 hours of flight. This equates to once per year for commercial aircraft. For planes fabricated from highly conductive aluminium, the charge can be quickly dissipated over the exterior of the aircraft. This is not the case for non-conductive composites - the energy from a lightning strike remains localised and can cause significant damage. As such, lightning strike protection (LSP) is critical.

There are various approaches to LSP, from metal meshes and ply-integrated interwoven wires to conductive surface treatments. Japanese company Toray Advanced Composites offer several solutions for integral lightning strike protection. Toray’s TC235SF surfacing films offer protection for aircraft from the harsh conditions of flight. Embedded in the films are conductive metal foils, the weight of which can be adjusted to achieve the desired LSP for a particular composite part.

Toray also manufacture Toray Cetex®, a reinforced thermoplastic laminate (RTL). It is possible to integrate a lightning strike metallic foil as the first or outer plies of the laminate for aerostructure applications where external LSP is required. As a third solution, Toray integrate a copper or metallic screen for lightning strike protection as the first layer in a compression moulded part.

A joint venture between the global advanced materials group Haydale and Airbus confirms that the incorporation of functionalised graphene/2D fillers could produce the next iteration of composite materials possessing improved lightning strike performance. Haydale have launched a range of graphene enhanced pre-preg materials for LSP which utilise nanomaterials to improve the electrical conductivity and reduce the unloaded weight of an airliner cost-effectively and with clear environmental benefits. The filing of a joint patent application last year has moved the companies closer towards commercial production of graphene composites for application in the aerospace industry.

Perhaps a more fundamental composite-related problem is the structural soundness of the aircraft. Boeing Co. announced in December 2020 that the flatness of the inner fuselage skins in their 787 aircraft were being inspected to verify structural integrity. More than a year on, the company are still contending with this issue, which appears to lie solely with the joins between the composite fuselage barrel sections.

Boeing outsourced the fabrication of major structures of the fuselage sections of 787s to a network of global suppliers, before their own final assembly by Boeing. However, using different suppliers for the different sections has resulted in issues of lack of flatness of the inner fuselage skin along the joining edge and the use of improperly sized shims to fill gaps in the joins. In isolation these problems are not unusual and are no reason for concern, but together they pose a more significant risk to the airworthiness of the aircraft.

Traditional aluminium aircraft are manufactured with riveted joints, where two components are joined together by a fastener. The joining process involves drilling holes and fitting rivets. This process is suboptimal for composite structures where the drilled holes can cut the carbon fibres and significantly compromise the load-bearing characteristics of the composite material. Reducing the number of rivets to limit this reduction in strength is a potential fix. Alternatively, adhesive bonding could hold a solution, but more research into the long-term behaviour of the adhesive and into the optimal geometry of the composite components is required.

A next-generation fastening system developed by BMW takes inspiration from the humble LEGO block. The high-precision fastening system comprises a ball and clip where the ball may be welded, injection moulded or 3D printed onto the body or interior panel of the vehicle. This allows structures to be ‘snapped’ onto structural frames. The panels can be slid on and off longitudinally and/or also require that the pull-off force for removal is 1.5-4.5 times larger than the push-on force for attachment by careful design of the ball and clip. This fastening system is already being used in the hybrid composite, aluminium and steel bodies of the BMW 5, 6 and 7 series, and has made for a simple, cost effective fastening process. Furthermore, the system allows for components to be removed again, which opens up the possibility of individualisation of vehicles. Whilst this fastening system is only currently being used in cars, there is scope for this technology to be introduced into aircraft manufacture.

The remarkable strength of composites derives from their intimate combinations of different materials, but this also represents an environmental challenge. Once an aircraft is retired, the airframe is dismantled so that the parts can be reused, recycled or scrapped. However, CFRP cannot simply be melted down at the end of an aircraft’s lifetime like metal. Instead, to retrieve the valuable carbon from the composite, the polymer matrix has to be burnt off or chemically dissolved.

This can be an involved process, but various methods for recycling polymer composites are being developed, as explored by Thomas Lonsdale in his blog.

The aviation industry has also recognised that waste composite material needs to be addressed. In August 2020, Boeing won a 2020 Sustainability Leadership Award from the National Association of Manufacturers. The award particularly recognised their efforts to keep carbon fibre out of landfill. Boeing partnered with UK-based ELG Carbon Fibre (now Gen 2 Carbon), who collect scrap material from the Boeing factories before treating it in a furnace to remove the binding polymer. The resulting product is a clean material that is sold on. This recycling programme is currently in action at 11 Boeing sites, with an aim to reduce solid waste to landfill by 20% by 2025.

The growing use of advanced lightweight composites and the fast-paced developments in the aviation sector combined with improved aviation-grade battery technologies is stimulating the rapid growth of an entirely new type of air travel: commuter-style urban air mobility (UAM). It is expected that the market for electric vertical take-off and landing (eVTOL) aircraft will reach $14.7 billion by 2041.

Undoubtedly, there are many hurdles remaining to overcome before composites can fully supersede traditional aluminium airframes and other metal-formed aircraft components. However, sometimes snapping out of our “metal-centric” perspective can reveal that not all of them are real hurdles – some are opportunities to develop new or improved designs and production methods which can shape the future of air travel for the better. In fact, the fast pace of improvements in advanced composites has already opened the door to a more sustainable future for the aviation industry, and has brought us a step closer to new types of faster, more direct, and flexible commuter-style air travel.

This blog was co-authored by Darena Slavova and Sophie Chua.

Darena is a trainee patent attorney working as part of our engineering and ICT team. During her undergraduate studies at Durham University, she undertook several work experiences which were all related to different aspects of intellectual property. She interned at two patent law firms and worked for a UK-based force-sensing solutions company. Darena conducted her Master’s project in the field of condensed matter physics, and researched the magnetic and Hall properties of selected RE:TM alloys and TM multilayers to simulate the performance of MRAM devices made of those materials. 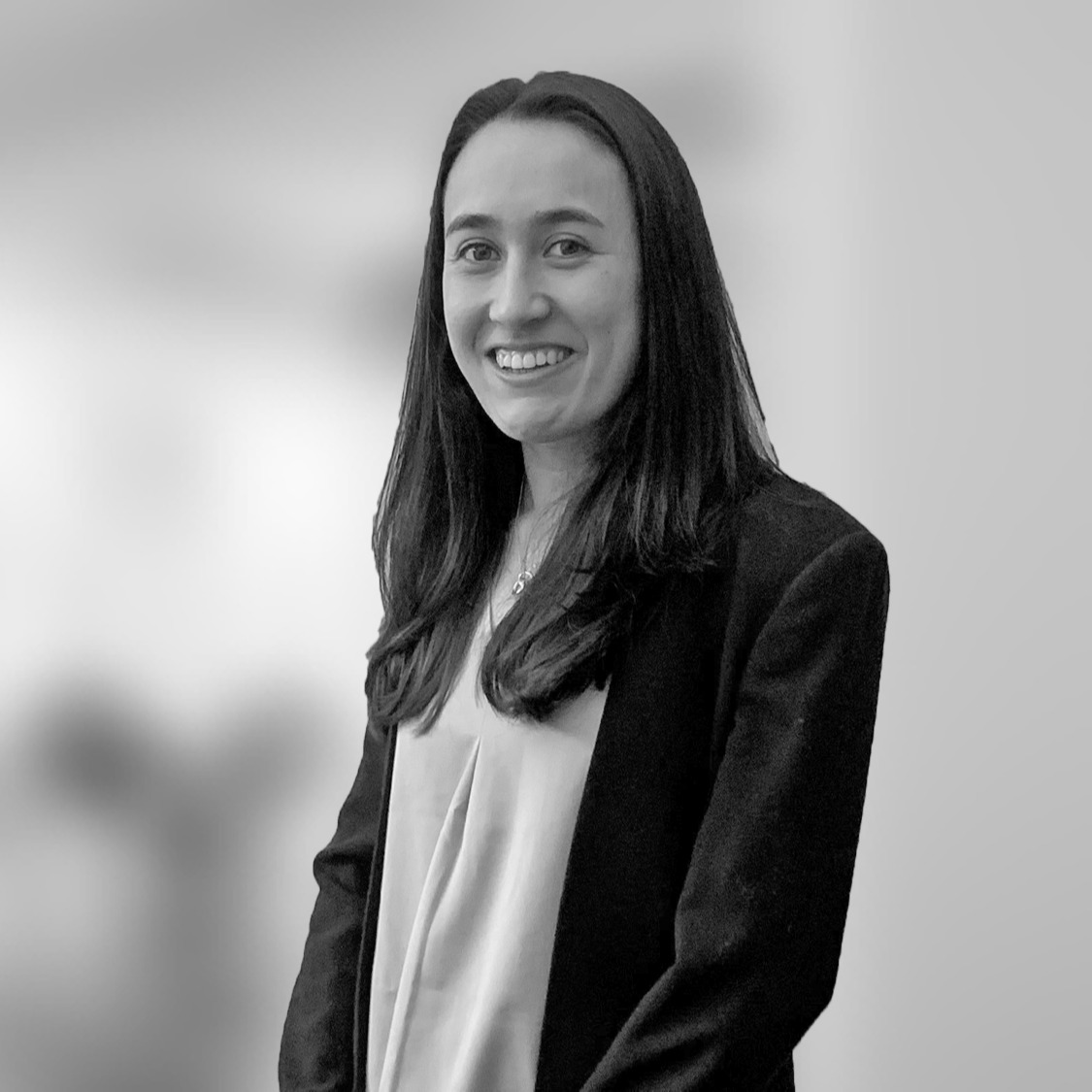 Sophie is a trainee patent attorney working in our Chemistry team. Sophie holds a MSci degree in Natural Sciences from the University of Cambridge. Her final year project involved the synthesis and characterisation of coated nanoparticles for incorporation within a metal organic framework for biomedical applications.
Email: sophie.chua@mewburn.com
Comments