Venturing ahead: helping Munich make its name in quantum tech

Christopher Trummer, managing director of the TUM Venture Lab Quantum, explains why entrepreneurship is at the heart of encouraging innovation.

In his role as managing director at the TUM Venture Lab Quantum, Christopher Trummer is – in a way – talking to himself, or at least his past self. Coming from a background in physics, on the quantum optics and nanotechnology side, he at one point found himself with a Master’s degree and considering what to do next.

‘I decided I would only do my PhD if there was the opportunity to create a start-up out of it. But I didn’t find a topic where I saw a real opportunity, so I left physics and went in the world of management consulting and advising start-ups. Back then there was no support structure like we have at the TUM Venture Lab Quantum.’

The TUM Venture Lab Quantum is a joint initiative of the Technische Universität München (TUM), which has a tremendous track record for entrepreneurial activity, and the local Entrepreneurship Center UnternehmerTUM – the largest of its kind in Europe. Entrepreneurship really is becoming the third pillar at TUM alongside education and research, says Trummer. The TUM Venture Lab Quantum – one of eight centres focused on specific disciplines – builds on this commitment. 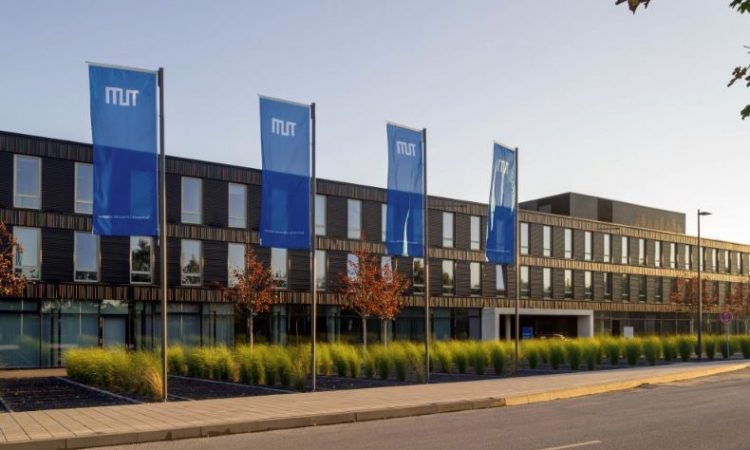 The Venture Lab project got started, he explains, about two years ago, when UnternehmerTUM and TUM got together and asked: ‘How can we improve what we have and establish a technology hub for start-ups here in Munich?’. When they looked at the kind of start-ups they were already producing, it seemed the most difficult part of the process was translating research into a commercial proposition. So, they asked themselves the next obvious question: ‘What do we need to help that?’ The TUM Venture Labs were the outcome.

Eight Venture Labs have now been established, covering sectors such as healthcare, chemistry and quantum technologies, with three more planned to take in additional sectors including sustainability and additive manufacturing. Through this targeted structure, says Trummer, ‘we can really build up our domain-focused incubation and entrepreneurship programmes and offer tailored support for start-ups, researchers and students.’

The TUM Venture Lab Quantum is also part of the Munich Quantum Valley initiative, which brings together five major learning and research institutions and a number of industry partners. The initiative receives funding from the German federal government and the Bavarian state, with the goal of establishing a major hub for R&D in quantum science and technology. It should also provide Munich with access to an increased pool of talent drawn in by growing numbers of academic positions and job opportunities.

Trummer believes that the power of the set-up lies in having these individual domains but also a very strongly connected network between them. For example, he explains: ‘If we have a start-up that works in a quantum technology but the application field is in healthcare or the built environment, we have one lab that can support the technical side and can use the other’s network for the application side of the business. We are really one team.’

One of the big benefits of the Venture Labs’ setup, he says, is ‘where we start and how far we can bring the teams’. The process begins with proactively going into the TUM’s different courses and promoting the Lab, ‘explaining what we are doing and showing the students and researchers that there is a dedicated structure that supports them. Especially for Quantum, I don’t think this is happening in any other physics department, or even any electrical engineering department, around the world – someone saying: “Hey, entrepreneurship is also a thing for you.”’

The second part of the outreach and marketing that the Lab does is aimed specifically at entrepreneurial education. For example, its Quantum Entrepreneurship Laboratory brings together business, physics and computer science students and a partner from the business community to work on a specific quantum computing challenge.

The key message from Trummer is that ‘we are there to support from the very earliest stage. I am always super happy to talk to people who say: “I might have had an idea, what do you think? Is there something we can build out of that?” That is where we start the discussion.’

From that first conversation, the TUM Venture Lab Quantum can support the teams all the way to incorporation. It also collaborates very closely with UnternehmerTUM, the Entrepreneurship Center, slotting Venture Lab teams into its programmes. Where there are gaps – because quantum products can have very long development times, for instance – it fills these through its ecosystem, with bespoke programmes or workshops to cover relevant topics. Once the companies are incorporated, Trummer concludes, the Munich ecosystem has all kinds of opportunities for them.

Ideally, initiatives come out of the researchers, but the TUM Venture Lab Quantum is also in the process of putting in place a workshop format where ‘we try and help researchers and scientists to break down what they’re doing in the lab, understand how they might be able to use the skills and technologies that they are capable of managing, and how they could develop business models out of that,’ Trummer says.

‘There are a large number of people, especially those coming to the end of a PhD, who are looking for other opportunities. And from my experience, I’ve always thought that the work that you do as an experimental physicist is somewhat close to what you do as an entrepreneur; you test your hypotheses, you iterate, and you try creative new approaches. So, from my perspective, they are very well suited to being entrepreneurs.’

“I’ve always thought that the work that you do as an experimental physicist is very close to what you do as an entrepreneur; you test your hypotheses, you iterate, and you try creative new approaches. So, from my perspective, they are very well suited to being entrepreneurs”

The trouble is, he continues, most of them don’t know this yet. That’s why it is very important to show them the first steps in that direction. ‘That is where we go in and explain that there are all kinds of support structures – for instance, finance and funding support from the government – and we show them how we can support and teach them about some of the core entrepreneurial topics. For example, how to pitch an idea, and how to make it understandable for someone who hasn’t studied quantum technology for five years. Once they’re interested, we don’t even have that much coaching to do because the teams learn super quickly. The first piece of orientation is probably the most important part.’

Since Trummer took up his role in May 2021, two teams have joined the early-stage incubation programme. In addition, several students and scientists have contacted Trummer to discuss their ideas for future start-ups. ‘The interest is certainly there,’ he says. ‘Things are starting to happen.’

Having a mature and supportive ecosystem, he says, will be extremely important for these start-ups and those that follow. For one thing in particular: ‘You need early customers with whom you can start developing your product, so for example we have in Munich many of the German DAX companies as well as several international tech players, and many are in the field of applying quantum computing at some point.’

Another typical barrier to progressing a quantum-based start-up, he points out, is the infrastructure side, because the need for specific infrastructure is very high. ‘At the TUM Venture Lab Quantum, we work hard to enable access for start-up teams to the different infrastructure elements that we have here in Munich – clean-room facilities, access to precision machinery and electronics workshops – so that they can build industry-standard products right out of the gate.’

Asked about his hopes for the TUM Venture Lab Quantum over the next five years, Trummer says he hopes that people will look at Munich and see it as the place to be if they want to build something. ‘I would hope to have a continuous flow of people who create businesses based on quantum technologies or the latest research in physics. That’s the picture I have in mind.’ He also harbours the ‘educational ambition’ that ‘more or less every student that comes out of the TUM will have next to their scientific background at least some basic entrepreneurial education’.

Would Trummer have taken up his own offer, as that Master’s student looking for a path ahead? ‘Yeah, totally. I’m quite sure that I would at least have talked to the person running the Lab. Who knows what would have come out of it?’

But back in the here and now, and as Munich’s quantum ecosystem builds strength, it’s enough that he feels ‘it’s an amazing time to be a physicist. There’s a good chance that with a smart idea you can build a company. I hope that many of my colleagues in the university will take the chance and try.’

"The Munich Quantum Valley initiative is an exciting development given the region’s world-renowned strengths in physics and technology. Quantum technology promises many advances and benefits, but the path to making this new technology an every-day reality must surely include a nurturing of entrepreneurship alongside education and research.  I know from my own time as a physicist in Munich that the ecosystem there benefits from a strongly connected network. The dedicated support structure that the TUM Venture Lab Quantum provides will surely play a key role in supporting the creation of businesses based on quantum technologies. This can help develop the vital skills needed for the future in translating research into a commercial proposition supported by a quantum-ready workforce. Clearly, the TUM Venture Lab Quantum and the Munich Quantum Valley initiative are the ones to watch."