Lung cancer remained the leading cause of cancer death in 2020 with an estimated 1.8 million deaths worldwide1. While innovative treatments for many other cancers continue to pave the way to improved prognoses for patients, the outlook for patients with advanced lung cancer remains relatively bleak with a five-year survival rate of just 5%. Earlier diagnosis of all forms of cancer enables more effective treatments to be administered and crucially allows treatment of cancer before metastasis of a primary tumour to other organs. Despite these obvious benefits, an estimated 45% of lung cancers diagnosed between 2006-2015 were detected at metastatic stage (stage IV), the highest rate of any cancer2. Diagnosis of lung cancer during this period has been largely dependent on imaging tests (X-rays or low-dose CT scans), sputum cytology, and tissue biopsies.

Tissue biopsies have long been regarded as the ‘gold standard’ for lung cancer diagnosis, as well as for determining the molecular profile of a tumour which is critical in shaping treatment decisions. Despite this, tissue biopsies have a number of key limitations - some of which are highly relevant to lung cancer. Firstly, lung biopsies are a particularly invasive surgical procedure even in comparison to other organ biopsies, meaning they are often not possible to carry out. The small size of lung tissue biopsies also only offers a limited view of the tumour which is potentially unrepresentative of both the inter and intra-tumoral molecular heterogeneity within a given patient- something which is very prevalent in lung cancer. Similarly, they provide just a single snapshot of the molecular characteristics of the tumour, which may be continually changing as the cancer progresses or responds to treatment.

In recent years, liquid biopsies have emerged as an attractive alternative approach for the diagnosis and monitoring of lung cancers (see more in our blog, Minimally invasive, maximum potential: liquid biopsy is redefining diagnosis). A simple blood sample is far less invasive than a tissue biopsy, making repeated samples during a course of treatment a realistic option. This is a critical breakthrough, as the molecular profile of a tumour can indicate if it is becoming resistant to the drugs being used during treatment, helping to inform both treatment decisions for individual patients and wider research into resistance mechanisms. In addition, liquid biopsies provide a more holistic view of a patient’s cancer, as the sample is not limited to one area of a tumour.

Liquid biopsies using blood have a range of potential targets which can be informative of a tumour’s presence, including circulating tumour DNA (ctDNA) and circulating tumour cells (CTCs), both of which have shown promise in relation to lung cancer.

Healthy individuals have cell free DNA (cfDNA) which is DNA circulating freely in the blood. Tumours also shed DNA into the bloodstream as cells die, creating ctDNA which can be detected based on the genetic differences between DNA from healthy cells compared with tumour cells. For example, the cobas® EGFR Mutation Test v2 (Roche) is used to detect ctDNA mutations in epidermal growth factor receptor (EGFR), a key biomarker for non-small cell lung cancer.

Researchers at Cancer Research UK (CRUK) are using ctDNA liquid biopsy technology to run the TRACERx study, which aims to track the ctDNA profile of patients with non-small-cell lung cancer (NSCLC) using the frequent, repeated sampling enabled by the technology to gain a real-time view into how a cancer develops or responds to treatment. The data from this study suggest that blood tests can show signs of disease returning following treatment, months before a tumour appears on traditional scans3.

In addition to shedding DNA, tumours also shed entire cells into the bloodstream. Similarly to ctDNA, CTCs can be detected in the blood and used to diagnose and provide a molecular profile of a patient’s cancer.

The detection of relatively few ctDNA molecules against a background of a huge number of cfDNA molecules presents a technical challenge in terms of the sensitivity of test needed (see more in our blog, Making the detection of cancer in liquid biopsies more sensitive). This challenge is replicated in the field of CTCs, as even patients with advanced disease may have as few as one CTC in 1 mL of blood4, in comparison to a background of approximately 5 billion red blood cells per mL. To overcome this challenge, the most common approach is to use a method of enrichment for CTCs prior to analysis.

One example of this enrichment approach is applied in the CELLSEARCH® CTC kit. Antibodies carrying tiny magnetic beads are used to detect and bind to epithelial cell adhesion molecule (EpCAM) which is expressed on the surface of cancer cells. Magnets within the machine then pull cells carrying these immunomagnetic beads out from the background of other cells, enriching the CTCs.

This is not the only method which has been demonstrated to enrich CTCs however, as shown by Parsortix®, a device which enriches CTCs based on their differences in biophysical properties, including size and deformability, compared to other blood cells.

In addition to analysing the CTCs to determine the molecular profile of a tumour, researchers at CRUK have demonstrated that small cell lung cancer (SCLC) CTCs enriched from patients’ blood samples can be implanted into mice to generate explant models which mirror some characteristics of the patients tumour5. These models are a useful tool for evaluating potential therapies and furthering the understanding of drug resistance.

While liquid biopsy remains an emerging field with immense technical challenges remaining, the continued development of research in this area provides genuine hope for improvements in diagnosis, understanding and treatment of lung cancer, a combination of which will be needed to improve patient outcomes.

Read more about liquid biopsies as an alternative to conventional tissue biopsies and their use for a range of clinical applications in our Forward: Feature, Go with the flow: the allure of the liquid biopsy. 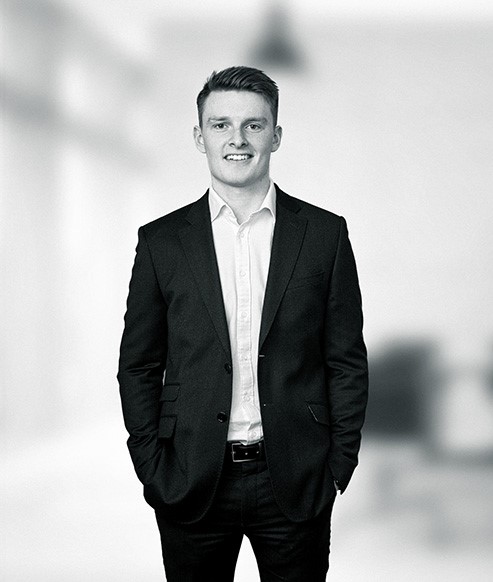 Alex is a trainee patent attorney working in our life sciences team. He has a BSc degree in Biological Sciences from Durham University where he was awarded the Biological Sciences Prize. His final year research project focused on the expression of a novel recombinant bio-pesticide protein, while he also gained industrial experience working with CRISPR base-editing technology within a large pharmaceutical company during his degree.
Email: alex.galbraith@mewburn.com
Comments