Go with the flow: the allure of the liquid biopsy

Forward finds out how fresh technologies are providing a way to cut invasive procedures out of the cancer diagnosis and monitoring process.

It’s a sobering truth that cancer will affect half of us during our lifetimes. This has increased from a quarter of people being diagnosed with cancer at some point in their lives around 20 years ago, in part because we have an ageing population. Each year, 36% of people diagnosed with cancer in the UK are aged 75 and over. But the disease isn’t fussy – it can affect anyone, of any age, gender or ethnicity, at any point in their life.

The apparent increase in occurrence can also be attributed to improved methods of detection. The gold standard here is the tissue biopsy, a medical procedure in which a small sample of cells or tissue is gathered (often under general anaesthetic) and examined under a microscope for abnormalities.

But the procedure does have drawbacks: it is invasive and often fails to capture the genetic heterogeneity (differences) within the tumour. This means a tissue biopsy doesn’t always provide a true representation of the tumour in its entirety or reveal whether it has spread. In addition, tissue biopsies can be difficult to obtain and painful for patients, especially if the process needs to be repeated regularly.

Increasingly, liquid biopsies are being seen as a convenient and accurate alternative to conventional tissue biopsies. These benefit from being lower-risk, less invasive and less painful. They can also be repeated regularly to monitor the disease’s progression and its response to treatment. The technique involves analysing a patient’s blood sample for tell-tale signs of disease, although urine and saliva are also showing promise as suitable alternatives.

Liquid biopsies are already commonplace in antenatal testing and work on the basis that foetal DNA can be found in the mother's bloodstream. This DNA can be analysed to identify potential concerns for a pregnancy, such as the presence of genetic disorders.

Liquid biopsies for cancer diagnosis work in a similar way. When a cancer cell dies, it releases fragments into the bloodstream that contain the same molecular defects as the original tumour. Of particular interest is circulating tumour DNA (ctDNA), which reflects the genetic composition of a tumour and offers an alternative diagnostic route to gathering solid tumour samples.

“When a cancer cell dies, it releases fragments into the bloodstream that contain the same molecular defects as the original tumour”

Patient samples are analysed for fragments of ctDNA, which act as an effective biomarker for the early diagnosis of cancers, including breast, lung and colorectal varieties. And since they are not tied to any particular location, liquid biopsies have the potential to more accurately capture the genetic differences occurring in tumours and offer a more complete image of the disease.

Professor Caroline Dive CBE and her team at the Cancer Research UK Manchester Institute’s Cancer Biomarker Centre, University of Manchester, are investigating the use of liquid biopsies for a range of clinical applications. This includes predicting therapy options in advanced cases of cancer.

Liquid biopsies are enabling scientists to determine particular molecular changes in a tumour and the best way to treat it with targeted therapies. ‘It’s exciting how quickly this area is growing,’ says Dive. ‘We’ve gone from asking “How do we know that what’s in the blood is concordant with the patient’s tumour?” to a liquid biopsy being used in the clinic.’

The team is developing a test for minimal residual disease, which occurs when small numbers of cancerous cells remain following surgery (or other treatment) intended to cure. This is the main cause of relapses in cancer patients. Conducted regularly, such tests could sound the alarm about the return of cancer and then allow monitoring of its progress to determine intervention strategies. ‘The test is still a work in progress, but the goal of the research is to allow people to give their blood sample at their local pharmacy. I think the best way to reach those who may need the tests is to do it in the community,’ Dive adds.

Dive’s team is also exploring the feasibility of liquid biopsy as a screening tool for lung cancer in at-risk populations. The disease is often diagnosed in its later stages and it can be difficult to obtain a tumour biopsy from a suspected patient. A liquid biopsy could help to enable diagnosis at an earlier stage when it is more likely that the condition can be cured.

As part of a pilot study, those considered to be at high risk were invited for a free lung health check in supermarket car parks within their communities. Participants were offered a low-dose CT scan of their chest to pinpoint abnormal lesions and suggest where further tests are needed to accurately diagnose a cancer. Alongside this study, Dive and her team requested that blood samples were taken, allowing researchers to develop a blood test that might accompany the scan and thereby reduce the chances of a false positive result.

‘We now have thousands of blood samples,’ says Dive, who likens this work to ‘fishing [for a biomarker] in a pond rather than the ocean’. The scientists are able to take a more targeted approach to their work as they are searching for answers in a smaller, known population. ‘We know that some of those at high risk will go on to develop cancer, and from their samples we can create a profile of abnormalities in their DNA to support identification of that cancer.’

However, scientists don’t yet know how early such tests might detect cancer. There are many different types of cellular DNA circulating in the blood and only a small proportion – around 0.1% – of total cell-free DNA (cfDNA) is ctDNA. In addition, cfDNA is released by healthy, non-cancerous cells and must be distinguished from ctDNA. This is particularly challenging when detecting early-stage cancers. No matter how finely tuned they are, the tests still have to detect a miniscule amount of genetic material. ‘That’s really the crux of it,’ says Dive. ‘Specificity and sensitivity are not the greatest bedfellows, and it’s hard to have both.’

The vision of creating diagnostic tests that can be accessed more easily is shared by epigenetics company Volition. It is developing a suite of low-cost blood tests that could be utilised routinely alongside other screening tests for cholesterol and prostate specific antigen (PSA) – which can indicate the presence of prostate cancer – during a single visit to the doctor.

However, Volition’s tests focus on epigenetics (the switching on or off of genes) and its role in cancer, rather than the genetics. The company’s Nu.Q™ technology exploits the different compositions of circulating nucleosome structures present in the plasma of cancer patients to detect and identify cancer diseases.

The chromosome structure of cancer cells differs from that of normal cells, both in terms of DNA sequence (due to genetic cancer mutations) and protein structure (due to epigenetic changes). This means the nucleosome structure is also different.

‘Because we began this work long before any other groups became interested in the area of circulating nucleosome structure, we have been able to build an extremely strong exclusive IP position,’ says Jake Micallef, chief scientific officer at Volition.

Although both the ctDNA and Nu.Q™ techniques, broadly speaking, look at the same fragments, there is a key difference. The ctDNA route involves chemically extracting DNA from the circulating DNA-protein complexes to sequence it and look for mutations using expensive molecular biology methods, says Micallef. ‘The protein element is simply discarded as useless packaging.’

However, he points out, the DNA sequence is only one part of the information carried in a chromosome, and Nu.Q™ looks at the whole DNA-protein complex chromatin fragment using low-cost immunochemical methods.

‘Volition’s diagnostic target in the blood is the same tumour chromosome fragment, but our approach is to test for chromosome protein and nucleic acid changes in intact chromosome fragments by ELISA [enzyme-linked immunosorbent assay], rather than by chemically extracting the ctDNA and discarding the rest of the nucleosome.’

In principle, Nu.Q™ can detect any cancer, and Volition has seen promising results in lung and colorectal cancers and particularly encouraging results in haematological cancer. Like Dive, Micallef believes the ease of the testing process is a key strength of the technology offer, potentially making it as simple to diagnose the presence of cancer as it is to predict a pregnancy using today’s over-the-counter testing kits.

Even so, ‘No technology detects all cancers, and Nu.Q™ is a developmental technology in progress’, admits Micallef. At present, Nu.Q™ can identify patients who may have cancer, and this is confirmed by follow-up procedures.

Dive agrees that no single test will suffice. ‘I don’t think ctDNA will give us the full answer,’ she says. Circulating tumour cells – a subset of cells found in the blood of patients with solid tumours, which can indicate cancer metastasis – are also important, and it’s likely that a multi-modal test will be more successful, she believes.

Yet these projects suggest that the technology has enormous potential. Where imaging scans are inconclusive, for example, it could help to rule out cancer. Or it may be used to rule out cancer where mutations in DNA are related to the age of a patient and not to the presence of disease.

A number of genetic and epigenetic tests are now in development, aimed at diagnosing different cancer types and determining the tissue of origin. Since the circulating tell-tale cancer fragments mimic the composition of their original tumour, this can be especially useful when it is not clear exactly where a tumour is located.

So, although it’s more likely to be used as a screening test rather than a stand-alone diagnostic tool, the liquid biopsy can certainly serve as a productive partner for current cancer-detection technologies. In certain clinical scenarios such as screening high-risk populations, all the signs are that it has the potential to become part of the new standard of care.

"Liquid biopsy provides a step change in our ability to diagnose and manage cancer and other diseases. It not only offers the tantalising potential for identifying disease before any symptoms have emerged (and when treatment is most likely to be successful) but the possibility of monitoring the effectiveness of treatments over time, or keeping watch for the re-emergence of disease, without the need for invasive or unpleasant surgical procedures. The science underlying these technologies is really exciting – we are now able to detect tiny changes in DNA or protein and work out whether these are from healthy or diseased tissue within the patient, allowing us to pinpoint diseases even before the patient is aware that they are unwell. This is a really exciting tool in the precision medicine toolbox." 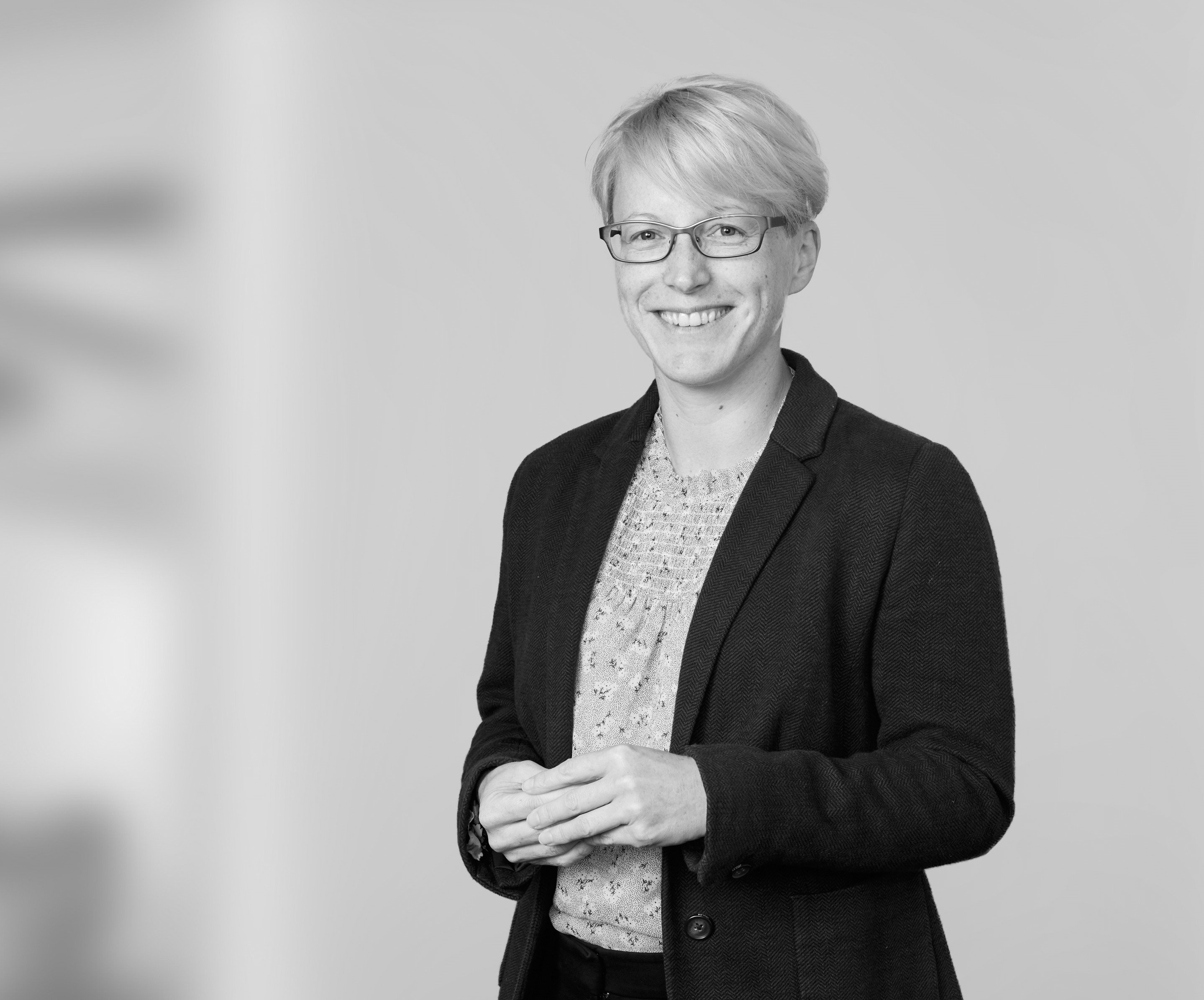