Hydrogen fuels, with their high energy density and clean-air qualities, are oft-touted as a potential ‘fuel of the future’, with applications in powering fuel cell electric vehicles (FCEVs) (see our blog Hydrogen fuel cell vehicles: growth and innovation), in the aviation industry (see our blog Aiming for the sky: aviation carbon reduction goals and eFuel – the solution to green air travel?), and even in powering our homes.

However, where hydrogen fuels really shine is their great potential for decarbonisation of the energy system - as unlike many conventional fuels, which produce CO2 when burned, the only significant waste product from hydrogen fuels is water vapour.

Decarbonisation is a politically ‘hot topic’: in 2019, the UK declared a ‘climate emergency’, with the UK becoming the first major economy to pass a net zero emissions law, requiring the UK to bring all greenhouse gas emissions to net zero by 2050. Net zero emissions means any emissions made are required to be balanced by schemes offsetting an equivalent amount of greenhouse gases from the atmosphere - but regardless of the offsetting potential, the passing of this law was a clear commitment by the UK to bring total gross carbon emissions as low as possible over the next thirty years.

However, if we are truly to rely on hydrogen fuels for decarbonisation of the energy system, we need to be aware of where that hydrogen is coming from.

Hydrogen is typically categorized into one of three groups, depending on its origin:

At present, over 96% of current hydrogen produced is ‘grey’ hydrogen. So there is clearly a long way to go. And green hydrogen faces a number of challenges. The first of these challenges is its comparative cost when compared with hydrogen from other sources; it’s an unfortunate fact that, at present, green hydrogen costs between two and three times more to make than blue hydrogen, on average.

Secondly, at present, the fuel production efficiency just can’t compete with direct electrification. As shown in the following chart produced by Transport & Environment in 2020, for a set amount of electricity from renewable energy sources, converting this for use in direct electrification of vehicles (i.e. stored as energy in a battery in an electric vehicle) results in around a 6% loss. However, creating hydrogen with it for use in a hydrogen fuel cell results in around a 32% loss. 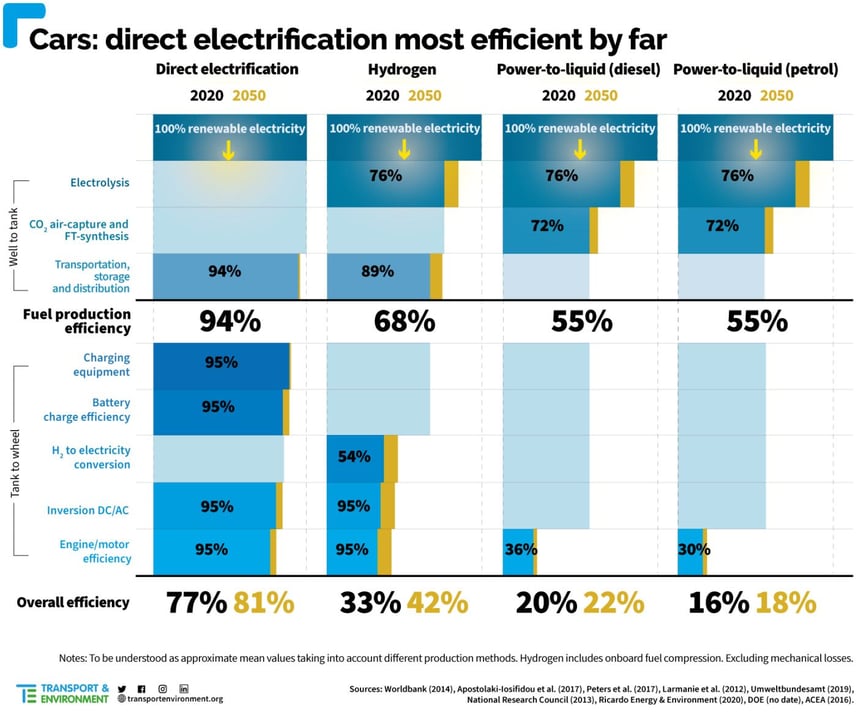 It is therefore clear that for those set on a green hydrogen future, the only way to progress will be by further innovation in the hydrogen space.

Fortunately, there’s a lot of innovation happening. Specifically on the efficiency front, Israeli startup H2Pro, supported by Bill Gates' Breakthrough Energy Ventures (BEV), has recently raised $22 million to commercialize a new type of electrolyser that aims to improve efficiency in converting renewable electricity to make hydrogen. Norwegian electrolyser maker Nel has also unveiled plans to cut the cost of its electrolysers by about 75% in a new 2GW factory — set to be the world’s largest — and to reduce the price of green hydrogen to $1.50 per kg by 2025, roughly the same cost as ‘grey H2’ derived from fossil fuels.

Work is also ongoing to investigate alternative sources of hydrogen as compared with traditional production methods:

In any case, what is abundantly clear, is that the drive towards green hydrogen is only just getting started. President Joe Biden has promised to ensure that the market can access green hydrogen at the same cost as conventional hydrogen within a decade. The European Union has also earmarked green hydrogen as a key priority to achieve the European Green Deal and Europe’s clean energy transition, and has recently set out its plans for a hydrogen strategy for a climate-neutral Europe. The UK government is yet to announce any commitment relating specifically to green hydrogen, but with the 2021 United Nations Climate Change Conference, COP26, scheduled to be held later this year from 1 to 12 November 2021, in Glasgow, UK, it is likely that eyes will be firmly on what steps we can take here in the UK to innovate towards a green future.

We further discuss the role hydrogen plays in emerging energy systems in our Forward article Energy storage: batteries and beyond. 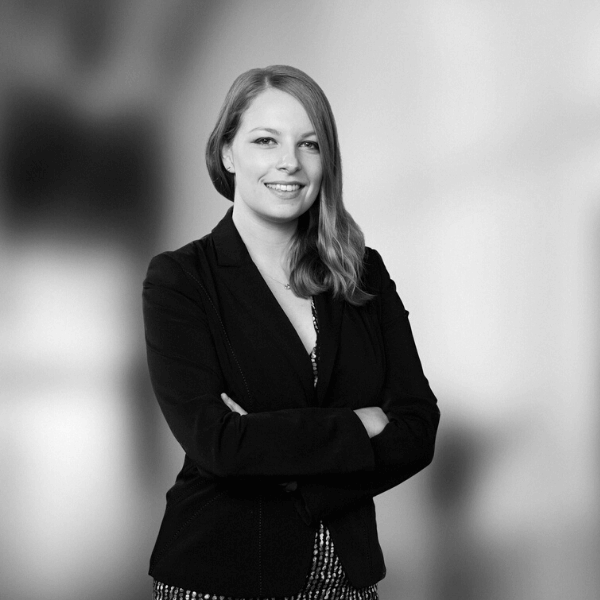