Lithium-ion batteries can be found in almost every portable electrical device we use today. Our modern lives rely on this technology - from brushing our teeth with an electric toothbrush in the morning, to working on our laptops from home, to the smartphones we use to keep in touch with our friends and family. The usage of lithium-ion batteries is predicted to keep growing not only for portable electronics but also for transport (electric cars and even planes of the future) and at utility scale to support the National Grid.

With such a high demand for lithium-ion batteries, there is also an increasing demand for them to pack enormous amounts of energy into as small a mass and volume as possible. To achieve this goal, there is significant ongoing research into developing batteries with ever greater energy density, allowing larger storage capacities per unit mass.

So how do we improve the storage capacity of a battery? The storage capacity of a battery depends to a large extent on the materials used for its electrodes: the anode and cathode. The term “specific capacity” is used to describe an electrode’s performance. Specific capacity defines the amount of electric charge (“milliampere hours” or mAh) the material can deliver per gram of material.

In a lithium-ion battery, the carrier of the electric charge is the positively-charged lithium ion. Lithium ions bind to the anode when charging, and flow to the cathode when discharging. The higher the specific capacity of an electrode, the more lithium ions can bind to the electrode, resulting in a larger storage capacity in the lithium-ion battery. Higher storage capacities will mean electrical devices, such as your phone, tablet or laptop, will be able to run longer between charging up. Similarly, longer driving ranges can be achieved if used in electric vehicles (EVs).

By far the most commercially popular anode material in lithium-ion batteries is graphite, a form of carbon which is cheap and reliable. Graphite has a specific capacity of 372 mAh/g. Fundamentally, this is because one lithium ion can be absorbed per 6 carbon atoms in graphite when fully charged (LiC6).

So, are there other materials available that could have a much higher capacity? Yes. Silicon anodes can have a far superior specific capacity of around 3600 mAh/g, ten-times the capacity of graphite anodes. This is because each silicon atom can bind to up to 3.75 lithium ions (Li3.75Si). The result is that silicon anodes can bind many more lithium ions when fully-charged as compared to graphite.

However, with such an enormous theoretical capability to store lithium ions, there are significant technical hurdles to overcome before silicon can be deployed as an anode material. What happens when a silicon anode absorbs such a large number of lithium ions when charging? The anode must swell by more than 300% in volume (compared to ~7 10% for graphite anodes). When the battery is discharged, the lithium ions flow out of the silicon anode, causing the silicon anode to shrink back to its original volume. These fluctuations in size cause cracks in the silicon anode, and ultimately “pulverisation” of the anode, which irreversibly reduces the energy storage performance, resulting in a poor cycle life.

Significant research has been focussed on stabilising silicon anodes to reduce swelling, prevent cracking and improve cycle life. Several strategies have been developed, including combining silicon with other elements to form silicon composites, or using nanoscale silicon.

Conventionally, some of the graphite in anodes have been replaced with silicon metal or oxide to improve the capacity without too much swelling. Tesla already uses small amounts of silicon throughout the graphite anode in the batteries of their later EV models, with the intention to increase the amount of silicon present over time.

Sila Nanotechnologies, a start-up based in Silicon Valley, was co-founded in 2011 by Gene Berdichevsky, a former engineer for Tesla. Their silicon-dominant anode encases the silicon atoms in porous nano-sized shells made of non-graphite materials, which allows the silicon to expand whilst protecting it from cracking. The company claims this technology can boost the capacity of a lithium-ion battery by up to 40% and have announced partnerships with BMW and Daimler AG who aim to utilise this technology in the EVs by 2023.

NanoGraf Technologies have developed an anode where the silicon particles are embedded between sheets of graphene. The space between the sheets allows the silicon room to swell whilst protecting the anode from cracking, increasing the amount of energy in their lithium-ion battery by up to 30%. They are working with the U.S. Advanced Battery Consortium (USABC), which is a partnership between Fiat Chrysler, Ford, GM and the U.S. Dept. of Energy, to use their technology to power the next generation of EVs.

More recently, researchers at the Center for Energy Storage Research of the Korea Institute of Science and Technology (KIST) have developed a silicon-carbon (Si-C) hybrid composite anode. Dr. Jung and his team focused on using common household materials, such as starch, water and oil, to stabilise the silicon. The silicon is bound to the carbon during heating, preventing the silicon expanding whilst charging.

The result: a Si-C anode with a specific capacity of 1800 mAh/g, four-times greater than a standard graphite anode. If the anode is used in an EV battery, it is expected to more than double the driving range compared to standard EV batteries. Furthermore, the batteries were able to charge to more than 80% capacity in only 5 minutes, and the capacity remained stable for over 500 cycles. The simple manufacturing process in addition to the cheap and accessible starting materials for these Si-C anodes means they could easily be commercialised and mass-produced.

Combining silicon with other elements means the anode cannot bind to as many lithium ions as compared to a purely silicon-based anode. The higher the amount of silicon present, the more lithium ions can bind to the anode which results in a higher specific capacity. Smaller particle sizes are able to withstand higher levels of mechanical stress, so reducing the size of the silicon particles to the nanoscale prevents cracking as the anode absorbs and releases lithium ions, without the need to combine with other elements.

Amprius Technologies have patented 100% silicon nanowire anodes, boasting one of the most energy-dense lithium-ion batteries in the world, with a 50% improvement in energy density compared to standard lithium-ion batteries. They have recently announced a partnership with Airbus to utilise their technology within the Zephyr program: the world’s leading, solar-electric, stratospheric Unmanned Aerial Vehicle (UAV).

OneD Material have developed the SiNANOde®, an anode where silicon nanowires are grown on graphite particles using silane gas. They have recently scaled up their production of SiNANOde® from 10 tons to up to 100 tons annually. The company have a growing patent portfolio of over 200 patents in this space covering a wide variety of nanostructures suitable for energy storage applications and methods to produce them.

Silicon based anodes may be the next big leap in increasing the storage capacity for lithium-ion batteries. During Battery Day on 22 September 2020, Tesla CEO Elon Musk touted silicon as the solution to boost capacity and reduce the cost of Tesla’s EV batteries. They intend to use metallurgical-grade silicon to keep manufacturing cost down. To solve the volume expansion problem, Tesla intend to pair the silicon with a cheap, elastic, ion-conducting polymer along with an elastic binder. 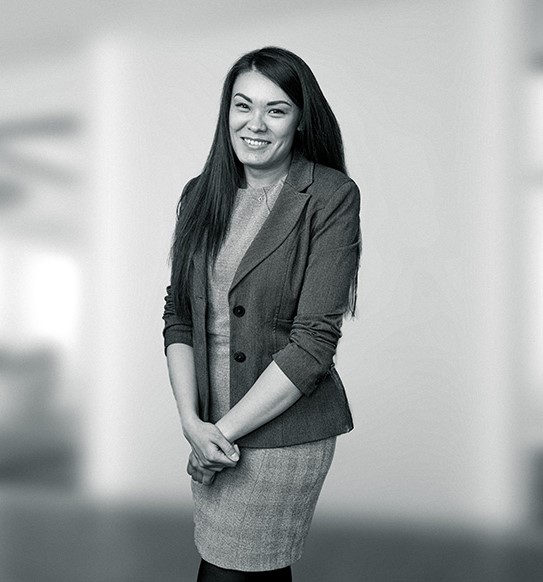 Melodie is a trainee patent attorney in our chemistry team. She has Master’s degree in Chemistry and a DPhil in Organic Chemistry, both from the University of Oxford. Her undergraduate research focused on synthesising drug candidates for the treatment of ERF-related craniosynostosis. Her doctoral research focused upon developing a novel method to synthesise the bicyclic ketal D ring in the total synthesis of the marine macrolactone pectenotoxin-4.
Email: melodie.richardson@mewburn.com
Comments