The Unitary Patent Court now has a revised set of Rules of Procedure. These came into force on 1 September 2022, having been revised and formally adopted in July 2022 by the UPC Administrative Committee.

The Rules of Procedure have been in development over many years. They set out in detail the operation of the courts of the UPC and the procedure governing all aspects of UPC litigation.

At the time of writing, the date on which the UPC will be open for parties to litigate European patents and Unitary Patents is not yet known. But bringing the Rules of Procedure into force marks a major milestone and allows prospective UPC users to understand how the court will operate.

The amendments include various minor modifications but also set out some noteworthy changes which we summarise below.

Whether or not to opt-out a European patent from the jurisdiction of the UPC is an important question facing patent proprietors at the moment (see our explanation of the pros and cons of opting-out here). One factor in this decision is the complexity of the opt-out procedure itself, which has been increased by an amendment made to Rule 5.

Rule 5(1)(b) has been amended to specify that an application to opt out a European patent must be made in respect of all designated states for which the European patent has been granted, rather than just the Contracting Member States (i.e. states participating in the UPC), as had been indicated in the previous version of Rules. An equivalent amendment was also made for withdrawing opt-outs (Rule 5.7).

The practical impact of this change for patent proprietors is that the opt-out, or withdrawal of an opt-out, must now be made in respect of all states in which the patent has been granted, (i.e. including EPC states such as the UK, Spain and Switzerland, which are not participating in the UPC).

This change therefore adds further complexity to the opt-out procedure, which already requires a high degree of care given an opt-out may be ineffective if not completed correctly.

Rule 5A – Removal of unauthorised application to opt-out

Perhaps a more welcome change for patent proprietors is the addition of new Rule 5A, which provides a mechanism for proprietors of European patents to apply to remove unauthorised opt-outs/withdrawals of opt-outs.

A further positive change to the Rules is made by the addition of new Rule 112.3, which enables the court to allow a party, representative, or witness to attend a hearing by videoconference.

Importantly, this rule also provides the facility for oral hearings to be heard run entirely by videoconference either if all the parties agree or if “the Court considers it appropriate to do so in exceptional circumstances”. The explanatory notes for this amendment provide examples of such exceptional circumstances, listing travel restrictions and “disproportionality” (such as a long journey for simple and short oral proceedings).

Therefore, unlike EPO opposition proceedings where ViCo is currently the default option during the pilot period (explained here), it will be necessary for parties to request ViCo hearings at the UPC.

This new rule further clarifies that regardless of the format of the proceedings, the hearing will always be transmitted to the court room to enable members of the public to view the proceedings, thus respecting the “the principle of publicity”.

Somewhat in contrast to the “principle of publicity” referred to above, Rule 262 has been amended to restrict access written pleadings and evidence on the register, with the amended rule stating that these “shall be available to the public upon reasoned request to the Registry”. The parties are to be consulted prior to a request being granted, and any release to the public is also subject to confidentiality requests. This contrasts with the approach taken by the EPO, where all documents on the register are freely accessible to the public. The rationale behind this amendment is a need for compliance with the EU data protection regulation known as GDPR.

The practical effects of this amendment are currently unclear, as it remains to be seen what level of justification will be required for a successful request to access such documents.

On the other hand, it has now been confirmed that all decisions and orders of the Court will be published, subject to redaction of personal data to comply with the EU General Data Protection Regulation (GDPR) and confidentiality requests. Again, the extent of the redaction and any potential impact this could have on the utility of the decision remains to be seen.

New Rule 262A enables parties to request that access to certain information necessary for the proceedings, such as commercially sensitive information or trade secrets, be restricted to certain specified individuals.

The applicant must provide justification alongside such a request, to which the other party will be able to respond, before the court decides whether the applicant’s reasons “significantly outweigh” the other party’s interest in full access.

Complete restriction of access to such information is not possible under Rule 262A.6, which specifies at least one natural person nominated by each party, as well as their representative, must be able to access the information.

The finalisation of the Rules of Procedure marks another key step in the preparation for the UPC to open. As we explained here, once the practical preparations are sufficiently advanced, Germany will ratify the UPC Agreement (UPCA), which will trigger a 4 month countdown until the UPCA finally enters force, and the UPC opens its doors for business.

This blog was co-authored by Alex Galbraith and Matthew Naylor.

Alex is a trainee patent attorney working in our life sciences team. He has a BSc degree in Biological Sciences from Durham University where he was awarded the Biological Sciences Prize. His final year research project focused on the expression of a novel recombinant bio-pesticide protein, while he also gained industrial experience working with CRISPR base-editing technology within a large pharmaceutical company during his degree. 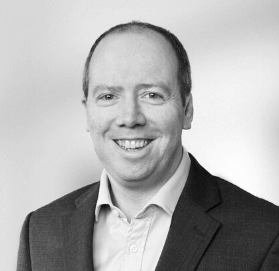 Matthew is a Partner, Patent Attorney and Litigator at Mewburn Ellis. He handles patent and design work in the fields of materials and engineering. His work encompasses drafting, prosecution and also dispute resolution work. Matthew has a degree and PhD in materials science from the University of Oxford. His PhD project focussed on power applications of high temperature superconductors. Matthew was awarded a Patent Agent Litigator Certificate in 2010 allowing him to conduct intellectual property litigation in all relevant courts, including the Patents Court (High Court), the Intellectual Property Enterprise Court and on appeal from the Patents Court or the Intellectual Property Enterprise Court.
Email: matthew.naylor@mewburn.com
Comments